What Goes Into Orbit Could Be Zapped With Lasers Before It Comes Down, Say Chinese Scientists Fortune (David L)

Turning Soybeans Into Diesel Fuel Is Costing Us Billions NPR (Chuck L). I don’t know if it is still true, but from what I have read, the only biofuel that makes ecological sense is ethanol made from cane sugar, and then only when grown in Brazil.

McDonald’s Just Made a Stunning Announcement That Will Completely Change the Future of Fast Food Inc. (David L). A step in the right direction, but why are they taking so long?

Did Bitcoin Just Burst? How It Compares to History’s Big Bubbles Bloomberg (furzy)

Researchers: One Person Drove Bitcoin Price from $150 to $1,000 ExtremeTech (furzy)

Saker’s Jan. 12th interview with Bonnie Faulkner – transcript Vineyard of the Saker. Chuck L: From a few days back but still very much topical. The following especially caught my attention:

I got a letter from this intelligence analyst who said that I underestimated the threat just by having economic chaos in South Korea, because, he said, the ports in South Korea are crucial. A lot of what is produced in China is actually manufactured in Korea, then assembled in China, so war in the Korean Peninsula would also stop a lot of the manufacturing in China. It would dramatically effect shipping through the entire region and even air movement because crucial airports are also located in South Korea, which I had overlooked. And yes, of course, in Japan.

So we’re looking at a paralysis of basically Far East Asia economically, which would be devastating economically worldwide. And this is not something that’s usually discussed.

Thread: How bad is #Carillion and why is it so hard to unpick? Having spent the best part of 15 yrs looking at public procurement data, this is my take on the situation. pic.twitter.com/V42R7U2VJj

This may well happen here in Ontario as well. #Carillion has $100's of millions in contracts in Ontario. 6,000 employees. Highways maintenance contracts covering tens of thousands of roads including the 401.

They have many hospital maintenance contracts across Ontario. https://t.co/k7XxOUY1eB

Russia moves toward creation of an independent internet DW

The IMF has choked Tunisia. No wonder the people are protesting Guardian

Pentagon Mulls Nuclear Response to Cyberattack New York Times. Help me. When attribution is at best informed conjecture? Bill B, who is a security expert, adds:

The quandary of attribution makes deterrence unrealistic. However, it would effectively lower the bar for false flag attacks. Thanks to WikiLeaks we know the CIA poses as foreign entities, like Kaspersky. Cyber Gulf of Tonkin anyone?

Building a Better Bomb: Reflections on the Atomic Bomb, the Hydrogen Bomb, and the Neutron Bomb
Daniel Ellsberg The Asia Pacific Journal. Chuck L: “Nearly nine years old but as pertinent as ever.” Moi: Today’s must read.

Majority of U.S. National Park Service board resigns, saying it was ignored Reuters. EM: “After learning of the resignations U.S. Secretary of the Interior Ryan Zinke, in an embarrassing open-mic gaffe, was heard muttering to an aide, ‘who needs that bunch of goddamned tree-hugging hippies, anyway?'”

Shutdown drama grips the Capitol The Hill. Will probably be resolved by Links launch time, but if not, this gives a real-time look at some of the sticking points.

World’s confidence in US leadership under Trump at new low, poll finds Guardian

Don’t Blame Mental Illness for Mass Shootings; Blame Men Politico (JTM). Mark Ames, in his book Going Postal, found that the common element among mass shooters (and this included the very few women) was being on the receiving end of sustained bullying.

Antidote du jour. Tracie H: “This is a little “Ceraunus Blue” (20-30 mm wingspan) butterfly keeping me company in the front yard while I watered.” 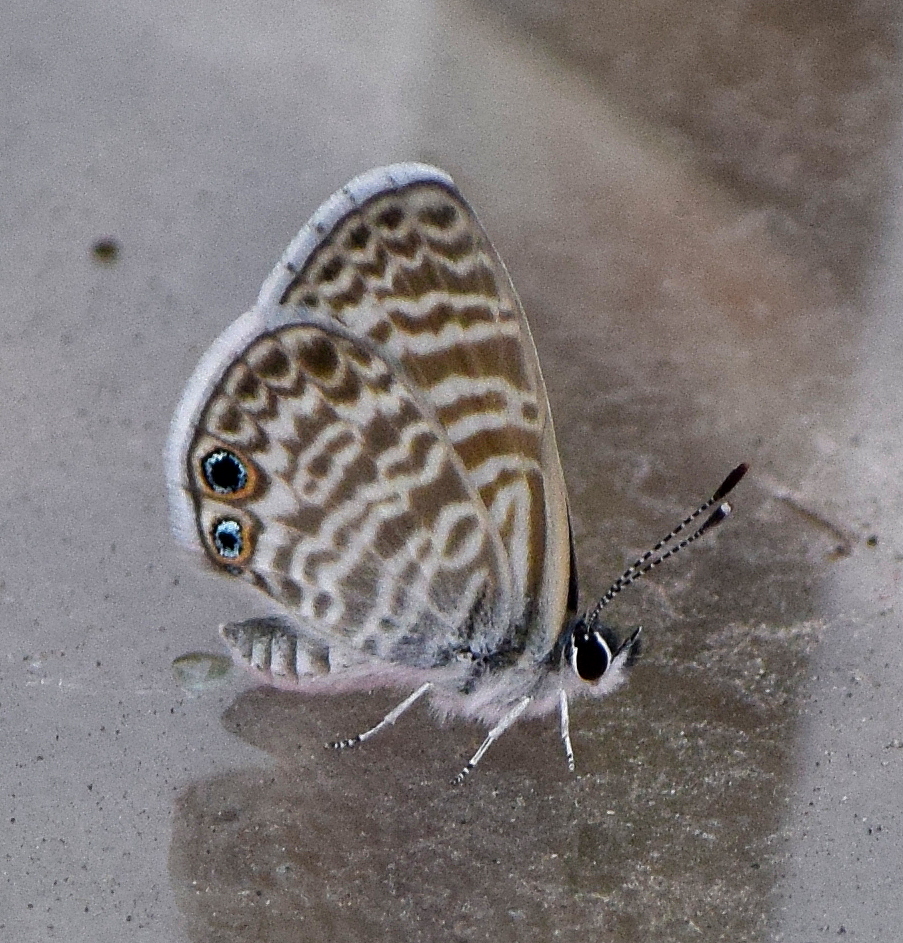 And a bonus antidote (Chuck L). A bit rough to watch…