How to Watch the Super Blue Blood Moon, a Once-in-a-Lifetime Event Bloomberg

What really happened after this photo was taken BBC. Re an iconic Vietnam War image.

Americans are saving energy because fewer people go outside The Verge. Bad for your psyche, though.

The ECB as vulture fund: how central banks speculated against Greece and won big Defend Democracy. IMHO, the bigger scandal is that the ECB promised to give profits to Greece and largely reneged.

Congrats to our Richard Smith, co-author:

EU to UK: You won’t set rules during Brexit transition Politico. Totally consistent with EU position. We also predicted this even before the EU cleared its throat, because it was obvious that the only deal possible was a standstill (as in UK staying in EU legal/regulatory framework).

Malta grants EU citizenship to Legatum backer Financial Times. Legatum has managed the difficult task of darkening the name of think tanks via its airheaded pro-Leave handwaves masquerading as analysis and now this.

Did young voters turn out in droves for Corbyn? The myth of the 2017 youthquake election LSE

The Trump admin has notified Congress that last year’s bipartisan Russia sanctions bill is serving as a “deterrent” and as such, specific sanctions aren’t needed at this time. From a State Dept spox: pic.twitter.com/rwkd6Vzh66

US defies Moscow with list of Russian elite Financial Times. Lambert: “These people have lost their minds. That’s like saying the US ‘defies’ Spain, since that’s the size of the Russian economy.”

Belgian prime minister to meet Putin in Moscow Politico. “Since the imposition of EU sanctions on Russia, the prime ministers of Italy, Luxembourg, the Czech Republic and Malta have traveled to Moscow. French President Emmanuel Macron is expected to visit the Kremlin in the spring.”

Washington Widens the War in Syria by Provoking Turkey Counterpunch versus

Turkey in Syria: Not an olive branch in sight Economist

Um, Is the US Treasury “Yield Curve” Steepening or Flattening? Wolf Street (EM)

Lex in Depth: the case against share buybacks Financial Times

The Uncomfortable Truth About Whole Foods and Amazon’s Grocery Monopoly Alternet. Totally misleading headline and reveals top 10% insularity of the writer. Whole Foods has a teeny number of stores compared to WalMart. Even the Publix chain has way way more. But some interesting factoids.

Obsession for the Perfect Worker Fading in Tight U.S. Job Market Bloomberg. Help me. More neoliberal messaging. Ridiculous overspecing of jobs was a huge management perk in a weak labor market. They got to keep themselves busy by wasting time on job searches with the spurious goal of not having to train workers. Do you really think that netted out ahead in managerial time saving? If so, I have a bridge I’d like to sell you. Making jobs artificially hard to land also increased boss power v. worker power. See Kalecki on why capitalists don’t like full employment even though that preference cost them in profit terms.

Antidote du jour. Tracie H: “The Dow did what, now?” 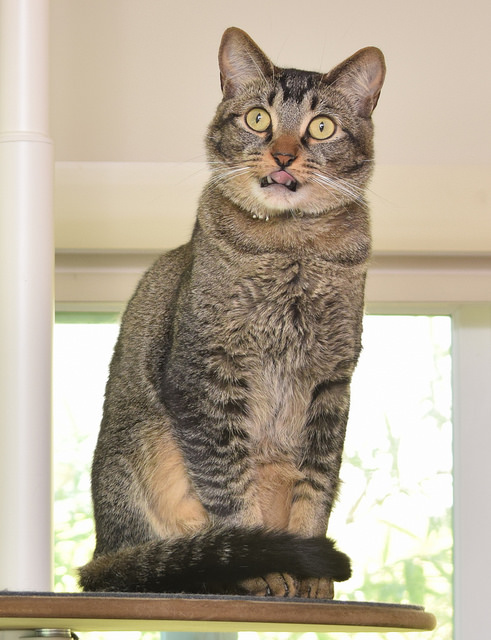