I don’t know how to say “Never look a gift horse in the mouth” in Korean, so this thread:

Not feeling so great about the way the NK situation is going now, although on the surface level a dialogue is a welcome development. Trying to articulate in my head why…

North Korea Designed A Nuke. So Did This Truck Driver NPR

When There Are No More Fish Eater. Cambodia’s Tonle Sap.

Japan Inc: a corporate culture on trial after scandals FT

Unsurprisingly news of the #IranProtests dominated newspaper headlines this morning. Here are a few from across the political spectrum. I&#39;ll translate headlines in the thread below. pic.twitter.com/w3xWVrqBCN

Why did protests erupt in Iran? Al Jazeera

Anybody remember the US media giving even 1% of the coverage to South Korea&#39;s months-long &quot;Candlelight Revolution&quot; in 2016 to 2017 than it does to Iran&#39;s anti-government protests? The Korean demonstrations toppled a right-wing president and ended 10 years of conservative rule. pic.twitter.com/TERzORHsOk

Trump shifts gears on Afghanistan The Hill. An empire of graveyards…

Documents Reveal the Complex Legacy of James Angleton, CIA Counterintelligence Chief and Godfather of Mass Surveillance The Intercept. “Complex” as in “batsh*t crazy,” a salutary reminder in these days when any intelligence community perjurer, torturer, or entrapment artist can end up as a Hero of the Republic to liberal Democrats.

Tax Law Offers a Carrot to Gig Workers. But It May Have Costs. NYT

We get letters: “Howdy, long time reader and fan here. The attached is a screenshot of an Instagram ad my spouse and I keep seeing. We live in Rohrabacher’s district. Seems like the ex-Senator Boxer and the Dems think that a great way to beat him is with conspiratorial nonsense like this. We have yet to see a single ad targeting policy or promoting policy. Thought you all might enjoy this little piece of evidence of campaign stupidity from my neck of the woods” –SC 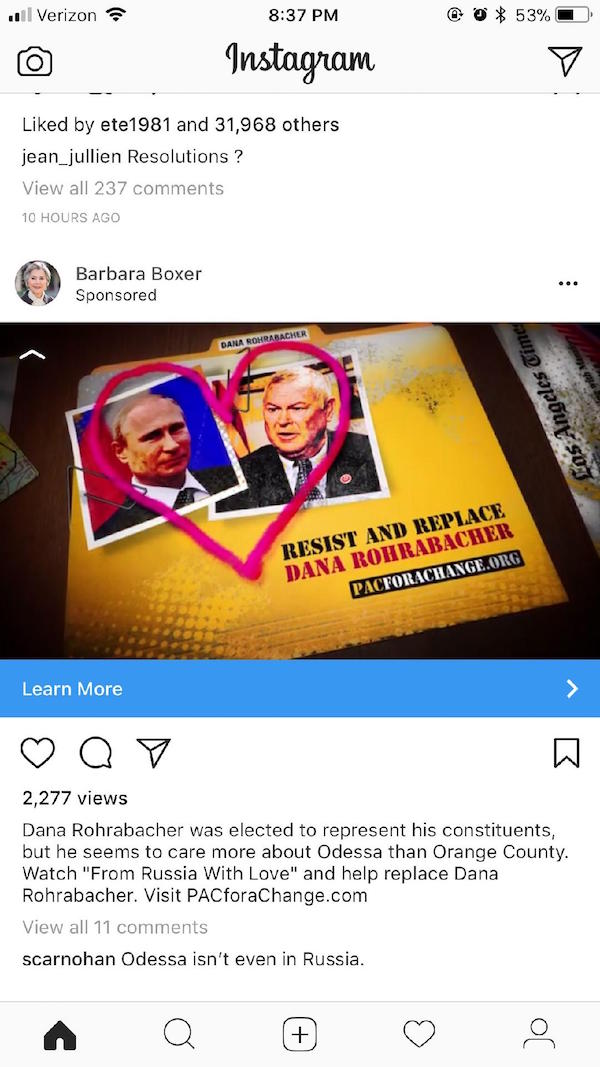 Lambert here: Note the first comment. The Democrat Establishment, unless checked, is going to run 2018 and 2020 campaigns that are even more stupid and brutal than we can possibly imagine.

2018 Outlook on Politics and Policy: Insurers will come out ahead Modern Healthcare

At Veterans Hospital in Oregon, a Push for Better Ratings Puts Patients at Risk, Doctors Say NYT (EM). Let’s be reasonable. As they teach you in business school: You can’t loot and wreck what you don’t measure.

‘Kernel memory leaking’ Intel processor design flaw forces Linux, Windows redesign The Register (E. Mayer). E. Mayer: “Existing ‘flaws’, a.k.a. NSA-designed backdoors which have not yet known to have been discovered and exploited by third parties, will presumably remain operative. Carry on!” And for the extemely geeky: The mysterious case of the Linux Page Table Isolation patches python sweetness. “I would not be surprised if we start 2018 with the release of the mother of all hypervisor privilege escalation bugs.”

Working class warriors, wealthy decision makers Bristol Herald Courier. “Working-class people of America, and Appalachia in particular, have long been the backbone of U.S. military engagements abroad. They bear much of the direct, physical, psychological and emotional costs of American war-making.” I’d love to see Sanders make an anti-war swing through the Red States. That would be wonderfully clarifying. As would the lack of said swing.

More Power to the Workers: The Political Economy of Seymour Melman Counterpunch

This Day in Labor History: January 1, 1994 Lawyers, Guns & Money. On the Zapatistas.

The remarkable return of adult colouring books The Economist

New robots can see into their future Berkeley News (DL). Using “visual foresight.” But will they be able to see the human hand reaching for the Off switch?

‘PUBG’ is quietly changing video games with its 3D replay technology Engadget (KW). This is very good. Old codgers like me need to understand gaming as a serious thing. 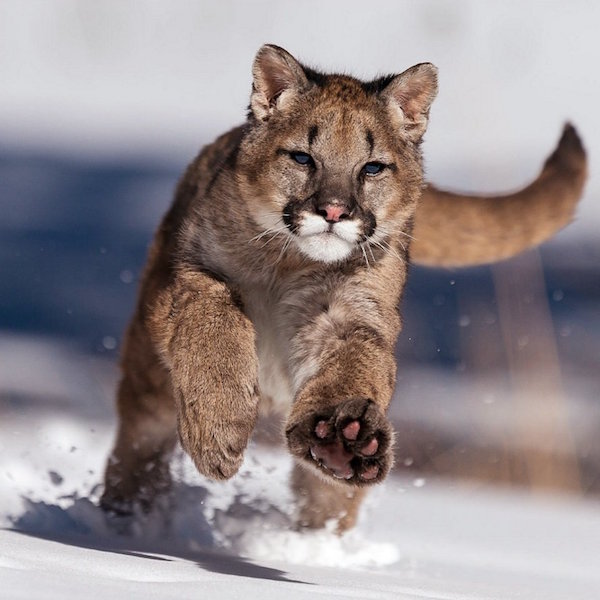 And here is a survey you might wish to take: Attitudes toward mountain lions in North America.