I’ve been beavering away on some longer-term digging that may or may not lead to posts. Sometimes leads are dead ends or low yield in terms of number of posts relative to time invested. So please be forgiving!

And I hope those of you in the East got through the storm OK. It was overhyped in NYC. Eight inches of snow and some wind and chilly weather after that is not a cause for freakout. How hard is it to dress sensibly and not go outdoors overmuch? If you are going to worry, worry about vulnerable groups like the homeless and stay at homes like old people who would find the bad footing and cold to be a serious problem.

In the 1980s through the early 1990s, we’d have at least one one to three day cold snap where the daily high was lower than five degrees. That is markedly worse than our forecast. But the storm surge in Boston was nasty, and some areas got fierce winds.

As of today, no US airlines operate the mighty Boeing 747 ars technica. I love 747s.

Stumbled across this nugget. Apparently the House should have 1 rep for every 50k people but doesn’t because CT made a clerical error in 1790 (discovered in 2011) ​and now just needs action from the archivist of the US or a senator from CT. I wonder if a little publicity might help.

Light quake shakes San Francisco; no immediate damage reported Reuters. EM: “I was in bed watching late-nite TV, thought it was my upstairs neighbor falling out of bed – because I think he did when the quake hit.”

Experts say software ‘patches’ may remedy security flaw Financial Times. This is such a big deal that it means a minimum 5% performance hit and up to 30% depending on the process. While it might be possible to optimize it later, that is all up in the air.

There is a Whole Cottage Industry of Doctors Helping Parents Skip Their Kids’ Vaccines – Mother Jones. Wait till one of them gets tetaus.

Labour members reject leadership on second Brexit vote: poll Politico. ” 78 percent of the Labour grassroots either agree or strongly agree with having a second vote — something Labour leader Jeremy Corbyn has ruled out.”

Britain has made itself a Brexit straitjacket Financial Times. Familiar ground for NC readers, but this sort of thing is overdue from the British press.

The drug that is starving Yemen Economist (UserFriendly)

Mapping a World From Hell: 76 Countries Are Now Involved in Washington’s War on Terror Tom Engelhardt

The acting ICE director said politicians who run ‘sanctuary cities’ should be charged with crimes Business Insider. Contrast this with the Washington State AG suing Motel 6 for turning information on guests over to ICE wholesale without probable cause or a search a warrant.

Trump vs. Bannon The Week (Scott)

BANNON IS OUT at Breitbart News, according to cryptic Drudge tweet… The Right News (margarita)

The Trump administration’s war on pot is an opportunity for Democrats. New Republic (resilc). I am at a loss to understand what the demon weed hysteria is about.

Ryan’s Goal To Eviscerate And Discard Medicare Is Closer Than Anyone Thinks DownWithTyranny!

FCC Chairman Ajit Pai canceled his appearance at CES because of death threats Recode. Couldn’t happen to a nicer guy.

Fighting Fake News is Not the Solution New Yorker. FluffytheObeseCat:

Shockingly pearl-clutching-free article in the New Yorker. Masha Gessen makes good sense, but judging from the surrounding articles the magazine’s other contributors and editors don’t share her high regard for the public. Other than in her piece, the wailing and elegant gnashing of teeth continues apace.

The CIA’s 60-Year History of Fake News: How the Deep State Corrupted Many American Writers Truthdig

Peter Thiel Is Reportedly Exploring Launching Conservative News Outlet Bloomberg (UserFriendly). As if we are suffering from a shortage of them…

Everyone has a different idea about what harassment is, study says The Verge

The Banks with the Most Consumer Complaints: A Dive into CFPB’s Database Wolf Street (Dr. Kevin)

Americans are poorer than in decades Axios (resilc)

Antidote du jour. KPF: “This gorgeous crab was hanging out in a mangrove swamp at the Oslo Road conservation area in Vero Beach Florida. It’s a high-resolution photo and the detail when you blow it up is fascinating.” 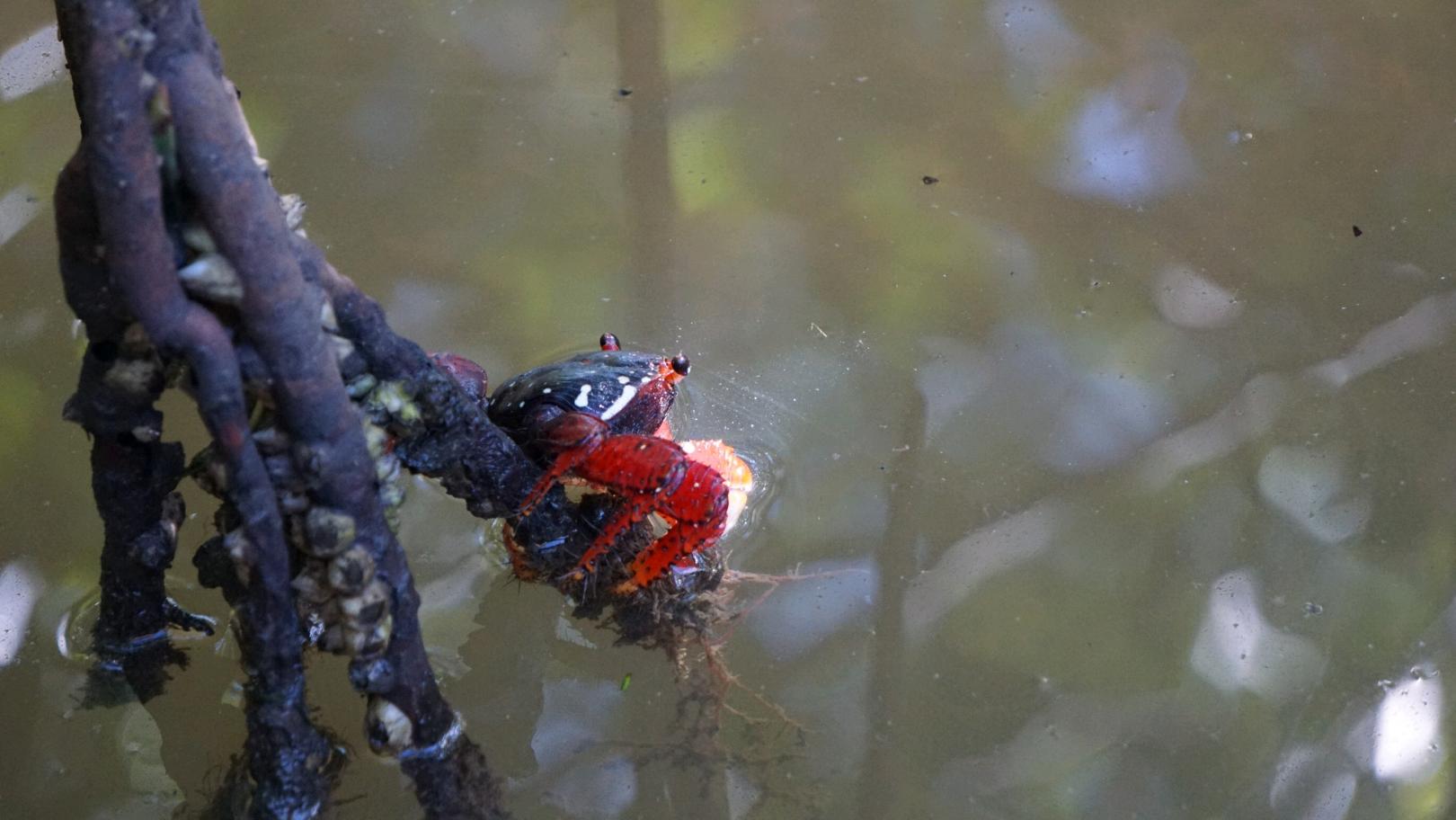 And an anti-antidote, of course from Richard Smith: