What to expect in 2018: science in the new year Nature

Confessions of a Columnist Ross Douthat, NYT. Yves: “Straight out of MMT…without the words or concept ‘fiat currency.'”

Donald Trump unlikely to certify nuclear deal with Iran FT. One of the few unequivocally good things Obama did.

Best Served Cold: Responding to the Iranian Protests Stewart A. Baker, LawFare. Seems an odd way for a putatively great power to run its affairs, but I guess that’s how they roll in the intelligence community (NSA/DHS).

The fate of Jerusalem is not a Manhattan real estate deal Sic Semper Tyrannis (Re Silc).

Nuclear buttons: How easy is the beginning of the end? Deutsche Welle

7 wild details from the new book on Trump’s White House Politico. I would love to see a comparative review of Fire and Fury and Shattered.

Michael Wolff tells a juicy tale in his new Trump book. But should we believe it? WaPo

Tony Blair ‘warned Trump’ that UK may have spied on him The Times. More from Wolff:

In February Blair visited Kushner in the White House. On this trip the now freelance diplomat, perhaps seeking to prove his usefulness to this new White House, mentioned a juicy rumour: the possibility that the British had had the Trump campaign staff under surveillance, monitoring its telephone calls and other communications and possibly even Trump himself.

This was, as Kushner might understand, the Sabbath goy theory of intelligence. On the Sabbath, observant Jews could not turn on the lights, nor ask someone else to turn on the lights. But if they expressed the view that it would be much easier to see with light, and if a non-Jew then happened to turn them on, that would be fine. So although the Obama administration would not have asked the British to spy on the Trump campaign, the Brits would have been led to understand how helpful it might be if they did.

Trump in 2018: Four things to watch in Congress in 2018 Brookings Institute

Rubbing SALT in the Wounds of Republicans Dean Baker, The American Prospect

Will Bernie Sanders and Elizabeth Warren both run in 2020? (Re Silc). The New Republic. With an Establishment-backed “dark horse” no doubt making a stretch run…

The Supreme Court’s Quiet Assault on Civil Rights Dissent. On qualified immunity. “The Clinton and Obama appointees to the Court seem to be all in on undermining the most important civil-rights statute on the books.”

The Biggest Secret: My Life as a New York Times Reporter in the Shadow of the War on Terror The Intercept. (The horrid mobile-friendly formatting goes away after the lead, so grab a cup of coffee and keep reading.)

Why I Left The Intercept: The Surveillance Story They Let Go Untold for 15 Months emptywheel

Meltdown, Spectre: The password theft bugs at the heart of Intel CPUs The Register

Kernel panic! What are Meltdown and Spectre, the bugs affecting nearly every computer and device? Tech Crunch

Researchers Discover Two Major Flaws in the World’s Computers NYT. “Amazon told customers of its Amazon Web Services cloud service that the [Meltdown] vulnerability ‘has existed for more than 20 years in modern processor architectures.'” Which makes you wonder how long the intellignence community has known about the flaws. Eh?

Tech groups race to fix chip design flaw FT. I always regard “race to” in a headline as a bullshit tell. And in fact, the flaw is said to have been discovered in June 2017, and the entire industry has been working to solve it in concert, as paragraph 13 makes clear. Do better, FT.

What is net neutrality? It protects us from corporate power Matt Stoller, Guardian. Still germane.

Upgrade your jail cell – for a price Los Angeles. “Some people convicted of serious crimes pay for better digs.” Prisoners in the Bastille could do this, IIRC.

"We interrupt the farce of #capitalist paternalism for some #classwar."#TimHortons pic.twitter.com/Hla2bsWisc

The Case for the Subway NYT (SC).

In case you were wondering what I did to keep busy between Christmas and New Year. :) Most of the details in the above press release will be omitted in the resulting newsmedia pieces, but for you algo geeks, note that Andreas Höglund’s verify run using my code on one of the recently-introduced Amazon Web Services C5 instances (based on the Intel skylake Xeon architecture and its 512-bit vector-arithmetic capability) was actually done at a larger FFT length than was required for this particular number – had he used the optimal FFT length his run would have needed ~48 hours, but he wanted to do runs at several distinct lengths because of the very different roundoff error levels that yields for the resulting hardware primality tests. One of my goals over the next few years is to get that time under 24 hours via improved code parallelism and cache performance. 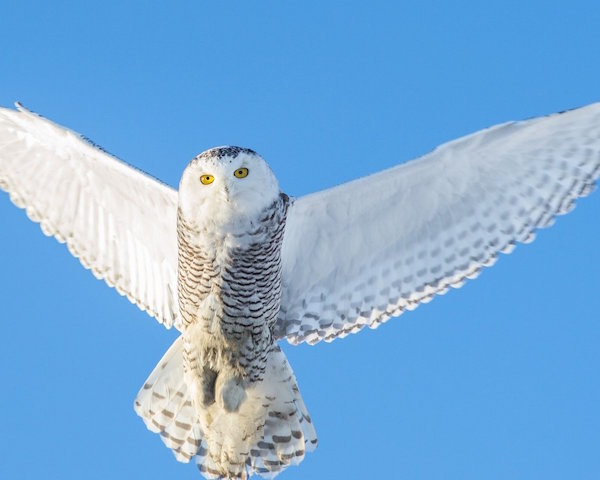