Meow-ch! Shocking image shows a cat with a dangerous SNAKE coiled around its neck Daily Mail

The US and China are overhauling their approaches to diplomacy and foreign service, in entirely opposite ways Quartz (resilc)

Barnier's implicit threat today shows how the "No Deal is better than a bad deal" rhetoric/strategy has backfired badly on the UK. I explain why here: https://t.co/3BxKuZKZTA pic.twitter.com/Us3i9psRkl

Why ‘Russian Meddling’ is a Trojan Horse Counterpunch

The Democrats’ DACA leverage has all but disappeared New Republic

The Equifax hack could be worse than we thought CNN

LL Bean dropping its unlimited returns policy CNBC (resilc). They got of pensions too!

Mr. Market Had a Sad

What the Headlines about Tesla, Snap, and Twitter “Earnings” Should Have Said Wolf Street. EM: “Clearly markets need to fall a lot further than they did this week to put a dent into this kind of stupid.”

Why Stocks May Still Have a Long Way to Fall 24/7 Wall Street. Ambrose Evans-Pritchard loves this sort of monetarist view of markets. I’ve never been a big subscriber, but included for those of you who have an appetite for it.

This should be seen as a big win for Uber. The case was always going to be settled; these are pretty close to best-case terms for Uber. It was abundantly clear that Kalanick had pursued Levandowski and Otto in order to get Google’s IP and the benefits of what Google had learned about robotcar technology up to that point. However the legal case always hinged on the emergence of a “smoking gun” that would convince jurors that Uber had actually incorporated the stolen IP into its product. This settlement demonstrates that Google hadn’t found that smoking gun.

Google had originally demanded a settlement of $1 billion in cash and terms that would have eliminated any possibility that Uber could be a player in a future robotcar industry. As the weakness of Google’s court case became obvious, they proposed settling for $500 million, but quickly accepted Uber’s counter-proposal. Today’s settlement will cost Uber a lot less than the $245 million headline amount (assuming Uber eventually goes public at a valuation significantly lower than $70 billion), won’t cost Uber any short term cash, and will allow Uber to continue to pretend that robotcars could be a major source of future growth. Uber won’t even have to pay the $600 million cost of the Otto acquisition, since Levandowski had been fired. It removed the biggest obstacle to a future Uber IPO, and allows Uber to push the PR narrative (laid out in the Tech Crunch and other similar articles), that Uber has expunged the bad practices of the Kalanick era, totally turned the corner, and the settlement illustrates the management genius of new CEO Dara Khosrowshahi (even thoughhe had nothing to do with Google’s failure to find a smoking gun).

SILICON VALLEY’S TAX-AVOIDING, JOB-KILLING, SOUL-SUCKING MACHINE Esquire (Kokuanani). This loses me on the pop explanations of why these companies are successful….

Let’s Cancel Everyone’s Student Debt, for the Economy’s Sake New York Magazine (UserFriendly). Wellie, this analysis is getting out of the leftie ghetto, which is a good sign.

Antidote du jour (Lawrence R). A Shire? Whatever breed it is, get a load of those shoulders. 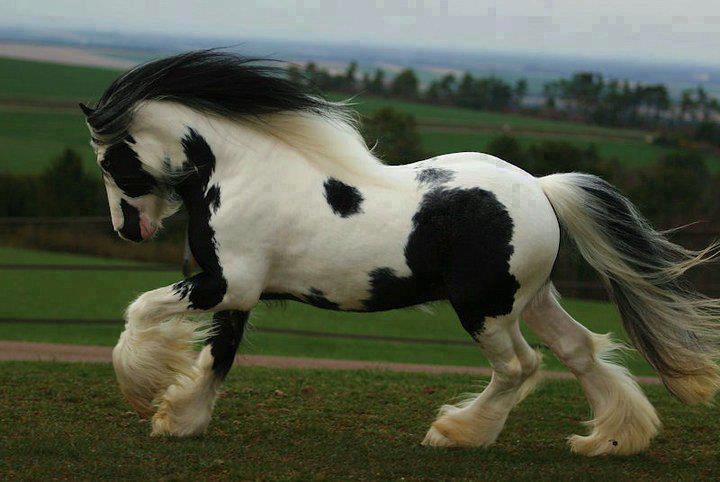