Patient readers, Yves apologizes for the lack of an original post from her, but she’s under the weather. She sends word: “Maybe you can tell them I am having a war wound addressed and underestimated how painful the treatment is.” –lambert

Lobster Emoji Now Has Proper Number of Legs Because a Bunch of People From Maine Complained New York Times. Victory is ours!

Animals Are Losing Their Vagility, or Ability to Roam Freely NYT (original).

Driverless cars: mapping the trouble ahead FT. Very important! And cf. On Exactitude in Science…..

The Car of the Future Will Sell Your Data Bloomberg (Re Silc).

Airbnb and the Unintended Consequences of ‘Disruption’ The Atlantic

The Mess at Meetup Gizmodo. This is too bad. The 2004 Howard Dean campaign (remember “the Democratic wing of the Democratic party”?) used Meetup quite successfully as an organizing tool.

The case for ending Amazon’s dominance The Undercover Economist

US economy: The growth puzzle FT

Foreign Powers Compete for a Slice of Syria Der Spiegel

A Nuclear Angle to the 2014 PNS Zulfiquar Attack? The Diplomat

‘No choice’ but for UK to impose budget on Northern Ireland, Bradley warns Sky News

Can a party founded by a comedian run a major European country? Italy may soon find out. WaPo

Robert Mueller’s America–A Farce Wrapped in Hypocrisy by Publius Tacitus Sic Semper Tyrannis (Darius). “Let me state it succinctly–if you posted a blog suggesting that Hillary deserved to go to jail then you might be a criminal.”

Conservatives urge Trump to grant pardons in Russia probe Politico (Re Silc). With friends like these…

Sympathy for the Drivel: On the Vocabulary of President Nitwit Counterpunch. Same tactics used against Bush. I know because I used them! Bush won two terms.

A decade after meltdown, Senate moves to roll back bank rules Politico. Elizabeth Warren: “I’m amazed that, on the 10th anniversary of the 2008 financial crisis, some Democrats are supporting the Trump administration and Senate Republicans on a bill to roll back the financial rules we put in place.” I’m not.

As Some Got Free Health Care, Gwen Got Squeezed: An Obamacare Dilemma NYT (Re Silc). “President Trump’s attempts to undermine the health law have exacerbated a tension at the heart of it — while it aims to provide health coverage for all [sic], the law is far more generous to the poor and near poor than the middle class.” Perhaps the best way to measure intent is to look at what actually happens and proceed from there. ObamaCare, in its system architecture, always sends some to HappyVille and some to Pain City, arbitrarily. (Recall that those on the bubble between Medicaid and ObamaCare were advised to lie about their income to get onto Medicaid.) Re Silc comments: “[I]n the spring of 2016, I spent a lot of time at my local sawmill in southern Vermont. This was a major issue by loads of worker bees making $15-20 an hour.” “Good jobs at good wages” don’t help, then….

Charity care spending flat among top hospitals Modern Healthcare. At least it’s not going down, as in past years. Most of these hospitals are putative non-profits, let us remember.

Why is the Manhattan DA Looking at Newsweek’s Ties to a Christian University? Newsweek (DK). “This story was written and edited Tuesday, free of interference from company executives.”

If We Want Kids to Stop Killing, the Adults Have to Stop, Too Matt Taibbi, Rolling Stone

Witnessing the Collapse of the Global Elite The Atlantic (Re Silc). The deck: “Last weekend’s security conference in Munich was a stark reminder that this class has nothing of substance to offer a world in turmoil.” When you’ve lost The Atlantic…

The great ‘living within our means’ con: Why you’re more in debt than ever ABC News (Australia (naturally)). “The greatest lie ever sold is that the Australian Government can run out of Australian dollars.”

Come the Recession, Don’t Count on That Safety Net Eduardo Porter, NYT. Why? “The federal debt burden.” In other words, Porter is still locked in the austerity box, along with liberal Democrats. I’m also heartily sick of the “safety net” trope. Why should life be like a tightrope walk? Who benefits from that, besides the carnival barkers?

Let’s face it. There will never be room for the middle class in Boston Boston Globe

From Cop Dramas to Co-op Dramas (part 1) and The Kinds of Stories We Can Tell Grassroots Economic Organizing (part 2). “Why We Need Media Cooperativism.” 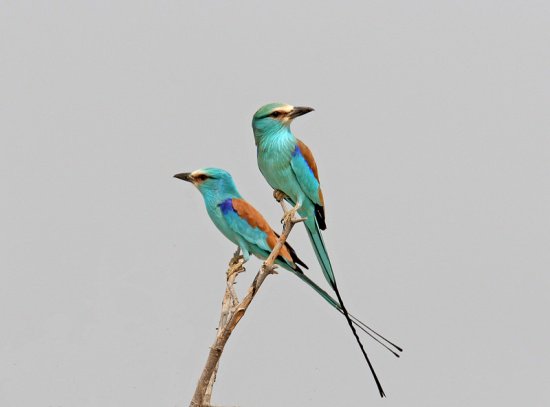 "when you see only one set of footprints in the sand it was then that I carried you" pic.twitter.com/7swqrAyrbT