North Pole surges above freezing in the dead of winter, stunning scientists WaPo

Ancient Elephants and Mastodons Were Totally Down With Inter-Species Boning Gizmodo (original).

California OKs Autonomous Car Testing Without Backup Drivers US News. So I guess the only regulation will come from the trade press….

Will the U.S. Help the Saudis Get a Nuclear Weapon? Editorial Board, NYT

HNA via GAR? The mystery of Deutsche Bank’s largest shareholder FT Alphaville. “This should not be a difficult question and, at first, the answer seems straightforward: China’s HNA Group [whose rise] from a small regional Chinese airline to one of the country’s most prominent overseas deal-makers has left many observers asking several questions about a group whose true ownership is shrouded in mystery. Not least among them: what actually is HNA?” HNA, apparently, has a “complicated group structure.” Oh, good.

End to term limits at the top may be start of global backlash for China, analysts say South China Morning Post

The Chinese Century? The National Interest

Denmark’s prime minister casts doubts on Margrethe Vestager’s EU career Altinget (FJ). FJ: “The tentacles are coming for Magrethe Vestager. The Danish government is advertising its intentions of looking into replacing Vestager with a more ‘suitable’ person (if the price is right or maybe they got a telephone call from the singularity cult – http://sunordic.org – since according to ancient myths and legends told to children, we don’t do corruption in Denmark :).”

Q&A: What the battle of memos on FBI surveillance showed AP

A “view” from the courtroom: The dog that didn’t bark and Argument analysis: Gorsuch stays mum on union fees SCOTUSblog. The Janus case. Silver lining if unions “lose”: They stop enabling the Democrats and refocus on the workplace.

What the SCOTUS decision means for “Dreamers” Axios

GOP senators: ‘Dreamers’ deal will likely end up in funding bill The Hill

The Real Game Trump Is Playing on NAFTA Poltico. Important, and a salutary reminder that much of Twitter’s content is composed of bright shiny objects.

Trump is tearing up the system that protects ordinary Americans from financial scams Vox (GF).

A Better Single-Payer Plan David Leonhardt, NYT. Medicare Extra, still germane. I don’t know whether it’s sheer ignorance or breathtaking effrontery that leads Leonhardt to call a plan that preserves employer-based insurance “single payer,” but I suppose Medicare for All advocates can take comfort with the theory that he’s trying the hijack the branding. Those who suspect that Neera Tanden’s “progressives” at CAP are running Medicare Extra as a bait and switch operation to sabotage single payer, exactly as the same crowd did in 2009-2010, should read “Bait and switch: How the ‘public option’ was sold,” followed by “Reply to critics of “Bait and switch: How the ‘public option’ was sold” from PNHP’s Kip Sullivan. Perhaps Tanden thinks that, after a nearly decade, she can pull the same play out of the same playbook and nobody will notice. Of course, maybe this time around, “progressives” are sincere. They could signal it by defenestrating a prominent anti-#MedicareForAll Democrat. How about Gretchen Whitmer? See next–

Blue Cross Pressures Employees to Donate to Opponent of Single-Payer Candidates Truthout. Sadly, the headline whitewashes the role of the Democratic favorite, Gretchen Whitmer, whose father, Richard Whitmer, was president of Blue Cross of Michigan for 18 years and even has a building named after him on Blue Cross’s campus. And, of course, ka-ching.

Citigroup Drove Puerto Rico Into Debt. Now It Will Profit From Privatization On The Island. The Intercept. From last week, still germane.

The Feds Can Now (Probably) Unlock Every iPhone Model In Existence Forbes (WB).

When is a strike not a strike? Preston County News-Journal

Buying Power: an often neglected, yet essential concept for economics The Minskys

Hundreds lose New Zealand drivers licenses in bribery scandal The FCPA Blog. So that’s why the squillionaires are moving there! It’s not the hobbits at all!

Food for Thought: Was Cooking a Pivotal Step in Human Evolution? Scientific American. As opposed to takeout? 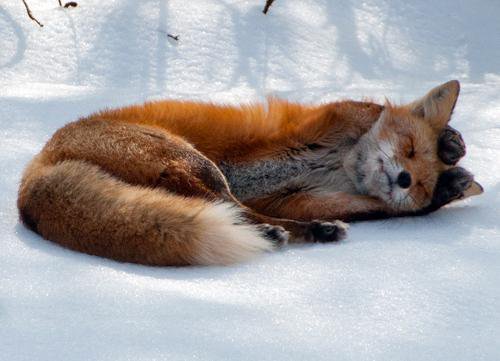 TIL, if people wanted cat pictures in the '60s, they literally had to mail a quarter to a company called "Cat Pictures" in Chicago. pic.twitter.com/cN4A05rAFA