Yves here. This thoughtful article curiously omits one of our pet peeves: the neoliberal fetish with markets as the preferred answer to all problems, which produces the not-acknowledged cost of shopping as a tax on time. We’ve pointed this out repeatedly with Obamacare advocates presenting the annual torture of shopping for a new plan (which users apparently are expected to do to secure the best deal; plan terms and pricing change sufficiently that sticking with your existing plan, even when that is possible, often comes at an opportunity cost), particularly given that critically important information, such as what providers participate, is notoriously unreliable, and worse, that’s perfectly permissible. Doctors are faced with their own tax on time, of having to arm wrestle with insurers to get paid, with the result that more and more are leaving the profession.

By Maria Askew, a postgraduate student of International Politics at SOAS University. She is currently researching alternatives to neoliberalism, social movements in Latin America, borders and decoloniality. She is also a professional theatre maker, writer and performer. Originally published at openDemocracy

Economic rationality leaves no room for free time unless it produces or consumes commercial wealth. 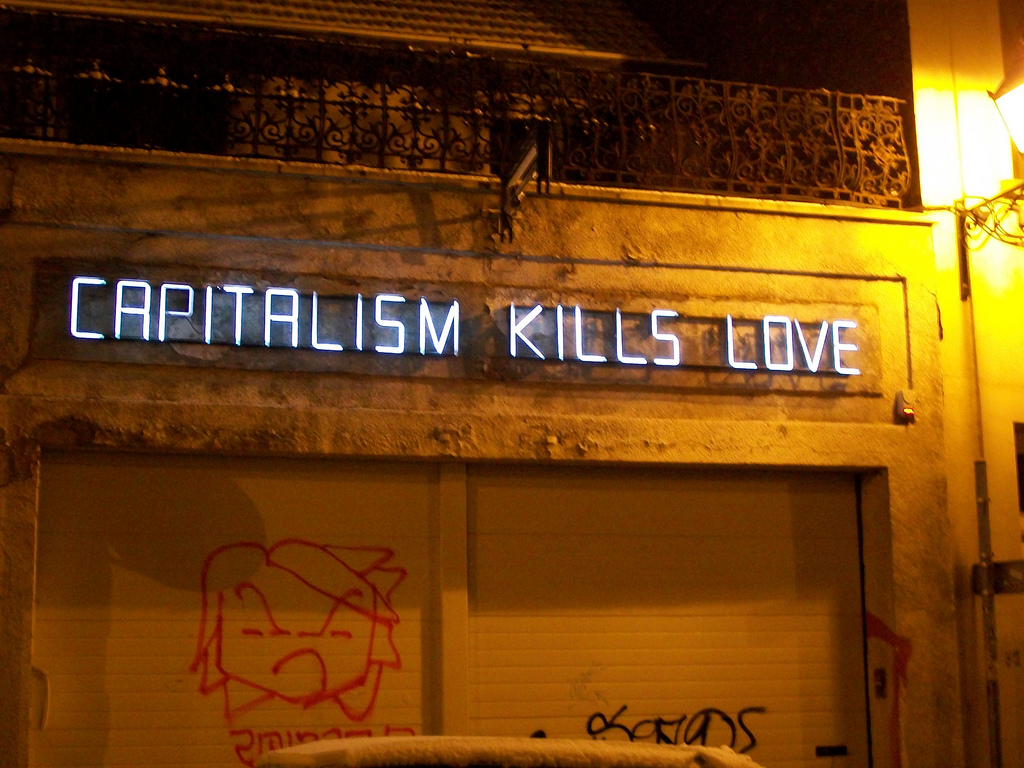 One of the most famous advertising campaigns of my generation is MasterCard’s Priceless. Launched in 1997, this twenty-year-long award-winning international campaign has been watched in 112 countries and 53 languages. The adverts show characters undertaking activities and using products that are ‘price-tagged’ by voiceovers and captions.

One advert shows a father and son attending a baseball game (“tickets: $46”) and another depicts a baby receiving toys (“most popular toy for toddler: $500”). This ‘price-tagging’ leads to the final ‘un-priced’ activity which is declared “priceless.” A father is rewarded with “real conversation with 11 year old son,” and parents watch their baby “play with a cardboard box instead.”The famous (and widely parodied) tagline follows: “There are some things that money can’t buy, but for everything else, there’s MasterCard.”

These adverts appeal to our deep, instinctive desire for meaningful interaction, as when a young child plays with a cardboard box, blissfully unaware of the superior ‘value’ of her toys. In this way MasterCard achieves the very opposite of what it claims: by taking these supposedly “priceless” moments that exist outside of the world of economic rationality and using them to advertise itself, the US multinational credit card giant gives them a price—simply sign up for a MasterCard, spend more money, and you too can experience these “priceless” moments.

In order to watch a baby innocently playing with an empty cardboard box, the $500 toy that came inside it first had to be purchased, so we can easily be forgiven for believing that spending (plus the debt that usually goes with it) equals more time for true happiness. These adverts sell the ‘necessity’ of credit cards to create the most meaningful moments in time, thereby marketing the world as one of total consumerism.

The irony of MasterCard quantifying the unquantifiable is reinforced by the company’s questionable track record. The European Union has repeatedly criticised them for their monopolistic trade practices, and, following a two-year investigation, filed formal charges against MasterCard in 2015 for charging its customers “an artificially high minimum price” for card payments in violation of European antitrust laws.

MasterCard’s Priceless campaign reveals the ways in which time is being colonised by capitalism, as Nichole Marie Shippen demonstrates in her book “Decolonizing Time: Work, Leisure, and Freedom.”  Shippen argues that the erosion of free time is due to the ever-expanding economic rationalisation of all aspects of time. Capitalism necessarily demands the gradual deployment of economic rationality to all aspects of daily life, so catchphrases like ‘time is money’ become entrenched into our collective psyche.

Shippen differentiates between ‘meaningful leisure’ and the ‘free time’ of today, which really implies ‘unfree time’—just  as MasterCard’s ‘priceless’ reward is presented in relation to moments that are ‘priced.’ In order to live a good life as opposed to simply live, one must first reduce the time spent on necessities. However, in the current system where arduous, repetitive, un-stimulating and/or excessive work is created and placed at the centre of society, the idea of ‘free time’ has been rendered virtually meaningless.

Today, much more time is spent in relation to work: traveling to work, recovering from work, attempting to disconnect from work, searching for work or engaging in unpaid domestic work. This increase in work-related time pressures is connected to the rise of zero-hours contracts and the erosion of employment rights, developments that have especially damaging repercussions for people on lower-wages. Research by the Social Mobility Commission reveals that the UK’s low pay culture traps people in poorly-paid jobs.

Inequalities in these restrictions on time are themselves racialised and gendered. Graduates from black and ethnic minority backgrounds face significant employment and pay penalties in the workforce, and unemployment is ten percent higher among ethnic minorities than the national average. The base of all industrial work is the unpaid time women frequently spend on housework and childcare, and low pay is endemic for women in their early 20s who juggle work with childcare responsibilities.

Although there is a clear need to generate more discretionary time for people under so much pressure, this challenge has been individualised and depoliticised under neoliberalism, which attempts to ‘solve’ it through the purchase of time management and time saving devices such as business apps which in turn reinforce the capitalist agenda by ‘winning back’ time for their users in order to increase productivity and maximise their working potential.

That’s why collective problems need collective solutions, found in the likes of Universal Basic Income, The Living Wage, and extensions to holiday pay and parental leave. All of these solutions provide much needed financial support so that people are not forced to give up all of their time to generate income, rather than engaging in activities such as social activism or spending time with their family and friends, reading fiction or enjoying art and music.

A 2014 study commissioned by MasterCard found that only half of all Americans have been on, or are planning to take, a vacation. In response to this seeming irrationality, the company launched its #OneMoreDay 2014 campaign with an advert that featured children advocating for Americans to take their vacation days. The campaign implored viewers to “pledge to take one more day of vacation, and make the most of it with MasterCard.” The company’s motivation to come out in support of taking holidays seems clear: more free time equals more time for consumption—a perfect illustration of the fact that taking ‘free time’ is not enough to free ourselves from capitalist culture.

The current system rests on workers using their limited free time for consumption in order to sustain the economy, to the extent that it can seem impossible to achieve quality time away from work without excessive or unsustainable spending, let alone envision meaningful alternatives.  Economic rationality leaves no room for authentic free time that neither produces nor consumes commercial wealth.

Consumer culture has led to shopping malls replacing town squares, and a watered down, formulaic movie industry which dominates over more innovative or challenging forms of entertainment. However, in a world permeated by economic rationality we can still find cracks. Shippen gives examples of meaningful leisure found in community gardens, mindfulness and the slow food movement, advocating solutions based on improving the qualitative aspects of life, not only for individuals but for all of society. While these activities are limited in their ability to reclaim time from capitalism, community-centred actions strengthen our ability to self-organise and conceptualise non-capitalistic ways of doing things.

Ultimately, to improve the quality of our leisure time we must become conscious of the structures that depoliticise and rationalise our time in economic terms, and the related inequalities that come with this process. Only when we see these structures clearly can we begin to actively resist them and build alternatives. Increased awareness empowers us to protect and strengthen the intrinsic riches of our communities; embrace authentic, meaningful moments as they arise; and take action to reclaim time from capitalism by radically transforming the world in which we live.