I hate making regular apologies. I’ve got a couple of original reporting thingies in the hopper which I hope will pan out, and they chew into regular posing time. And someone told me there was an important confession by an insider on trade policy…but I reviewed the hard to read transcript and couldn’t find it, so that was a bust in terms of a posting today. Plus a fashionista friend insists that because Mercury is about to go retrograde (is that the right term of art?), it makes it hard to get stuff done. So those of you who buy that stuff can blame the difficulties Lambert and I have been having this week on the stars.

Why Cats Knock Everything Over, According to Science Inverse (David L)

Humans thrived in South Africa through the Toba super-volcanic eruption about 74,000 years ago PhysOrg (Chuck L)

Britain is SERIOUSLY prepared: Brexit negotiators close in on transition deal Express. Kevin W: “No, seriously. Stop laughing. That is what the head line reads.”

Dem senator: Why is Trump silent on Putin blaming Jews for election interference? The Hill

Trump Tariffs Not Such a Big Deal for U.S. Growth, Poll Shows Bloomberg

This is a very good move by Trump. It also weakens my thesis that he's increasingly owned by the Chinese government. https://t.co/vmoYJTXYqJ

A Player In The Trump-Russia Scandal Led A Double Life As An American Spy BuzzFeed. Lambert: “Can’t tell the players without a scorecard”

Republicans on House Panel Find No Collusion Between Russia and Trump Campaign Wall Street Journal. Subhead: “Panel found ‘bad judgment’ and some ‘inappropriate meetings’ between members of the Trump campaign and Russians; report not yet shared with Democrats on committee.”

Pence: Abortion will end in U.S. ‘in our time’ MSN (UserFriendly)

Why Can’t the DCCC and the Resistance Get Along? Politico

Numbers Suggest Democrats Are Not Currently Set to Take Back the House of Representatives Counterpunch. If you have been following Lambert’s various tea leaf readers, this is very much a minority view.

Hillary Clinton: I won in ‘dynamic’ places, Trump won ‘backwards’ Business Insider. UserFriendly: “​Has this women ever put anyone but herself first? She might as well just admit she wasn’t gonna do shit for anyone that didn’t vote for her.​”

If you want to see American liberalism run amok, I’d look at the politicians and senior public officials behind Gateway not some campus protestors.

We Made A Documentary Exposing The ‘Israel Lobby.’ Why Hasn’t It Run? The Forward (UserFriendly)

Elon Musk has said that there is a good chance that the first passengers his company sends to Mars will die https://t.co/zf4S0Fhgon

How a corporate cult captures and destroys our best graduates George Monbiot Guardian. This is not an exaggeration. Goldman was extremely cultish and since I was there, more and more companies have adopted many of its practices (cults are a great business model) 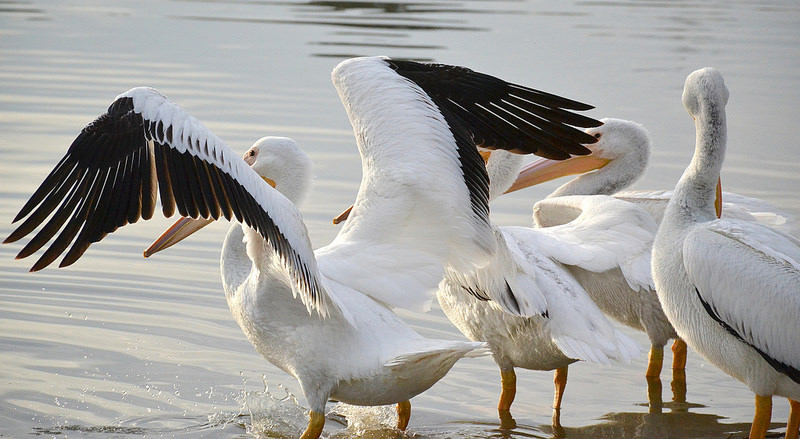