Verizon has confirmed that there is an “outage” that won’t be resolved until tomorrow. They have been pushing their estimate of when it will be fixed back, so I don’t have a lot of confidence that it will be resolved by then.

And when Verizon screws up, they do so big time. I can’t access many sites (the weird thing is that which sites I can get to varies, as in sites like Google, BBC, Bloomberg, the Wall Street Journal are sometimes accessible and sometimes not, while other sites are persistently not accessible). I had to go to Starbucks but they close at 11:00 PM. So forgive the state of original posts. Even with a good run at Starbucks, I was only able to get part of what I needed to get done done.

Needless to say, getting out can be instructive. The Starbucks nearest me is also close to a subway stop and hospital, so it does a very brisk business. However, the housekeeping is poor. The tables were dirty and the floor had a lot of litter. There were two homeless people, one sitting quietly at a table, the other on the banquette trying to sleep without lying down, and this woman seemed unable to sleep sitting up, so she’d get in all sorts of weird nearly horizontal positions. Starbucks’ response is not to chase the homeless out but to keep the area where they might camp out ice cold. The air conditioners were blasting when it was 40 degrees outside.

What Happens After the Worst Happens? Places (guurst). I lived in St. Helens, Oregon, which was so named because it had good views of Mount St. Helens…

Babies Can Think Logically before They Learn to Talk Scientific American (Robert M). One of my brothers was writing before he could talk. Minimally, but he had only a few things he’d mastered, but he’d write “The End” when a TV show finished. But he was late to start speaking.

Testimonies Reveal How Aadhaar Has Brought Pain, Exclusion to Poor The Wire (J-LS)

DON’T HAVE A BREX, HAVE A KITKAT Bombshell tapes reveal how top Whitehall officials compared Brexit to a KitKat with chocolate layer hiding UK ties to Brussels The Sun. They have lost their minds.

Brexit: Theresa May warned hard Irish border can only be avoided if UK stays aligned with EU rules for time being Independent (Kevin W)

Jeremy Corbyn points to Iraq WMDs mistake as he casts doubt on Russian culpability for nerve agent attack Independent. From yesterday, still germane. But his op ed today in the Guardian is at best a mixed bag. Accepts the premise that the toxin was a nerve agent of Russian manufacture. Help me.

And from a London-based reader:

And one thing which is unbelievably anechoic. I’m actually in Salisbury today (part of a regular variant on my commute when I have to head west, the station is a large rail hub) and it’s less then 10 miles from where I live. So I know the area like the back of my hand. No-one, and I mean no-one has ever asked in the MSM just what the guy was doing living here. It’s about as unlikely a spot for anyone to end up living here as it’s possible to get. You get a few retirees, but very little influx from out the area.

But Salisbury is the epicentre for the U.K. military operations. There are at least half a dozen key installations of strategic importance (the Porton Down chemical weapons “research” facility https://en.m.wikipedia.org/wiki/Porton_Down, the army command HQ was there until 2010 when it moved to nearby Andover https://www.gov.uk/government/news/new-land-forces-hq-fully-operational, the Salisbury plain training base http://www.bbc.co.uk/news/uk-england-wiltshire-16653733, the Amesbury research operation https://en.m.wikipedia.org/wiki/MoD_Boscombe_Down, the large Warminster Garrison http://www.warminster-garrison.co.uk/Warminster-Garrison/Warminster-Garrison-Information-20012015.htm — and that’s just off the top of my head, there’s a lot more you drive past which are military facilities but not on the same scale as these.

He had no reason to live in the city and it is an unbelievable coincidence that it is so close to so many of the U.K. military high command’s sites. He was almost certainly here for a reason, and if I had to work in the area of helping the U.K. military/industrial complex, Salisbury is exactly where I’d live. No-one has mentioned in the press coverage how he supported himself, what he did in England since the spy swap and why he was swapped in the first place.

Russia Will Respond If US Attacks Syrian Government Forces AntiWar (Wat). Keep your eye on the ball. No one is gonna attack Russia. Tanks in Poland are not a happening event. But the stage is being set to get more aggressive in our proxy wars.

Which sectors would be most vulnerable to EU-US trade war? Bruegel

Exclusive: Trump finalizing opioid plan that includes death penalty for dealers Politico. Does that include the Sacklers?

A Party Within the Democratic Party New Republic (UserFriendly)

Democrats, Put District Over Party, Pelosi and Washington New York Times. FluffytheObeseCat: “Yet another NYT op-ed beat down of the tacky Sanders’ types.”

PICTURED: The shocking seconds after Miami’s 950-ton ‘Instant Bridge’ collapsed onto cars at red lights killing at least four people – days after it was installed in SIX HOURS for student’s safety. Daily Mail. Four people dead so far. This from the country that put a man on the moon.

Package Bombs Are Killing People in Texas but Donald Trump Hasn’t Said a Thing. There’s a Reason for That. Intercept (JB)

A source emailed me his life’s work. Then, he ended his life Columbia Journalism Review

Monopoly and its discontents FT Alphaville

In the Age of Amazon, Toys ‘R’ Us and Other Bankruptcies Test Private Equity’s Playbook New York Times

Title: Why Cities Boom While Towns Struggle Wall Street Journal. Kevin W: “Important takeaway – ‘From 2010 to 2016, large cities generated 73% of the nation’s employment gains and two-thirds of its output growth. A study by the Economic Innovation Group found that from 2010 to 2014 just 20 counties accounted for half the new business formation in the entire U.S.'” 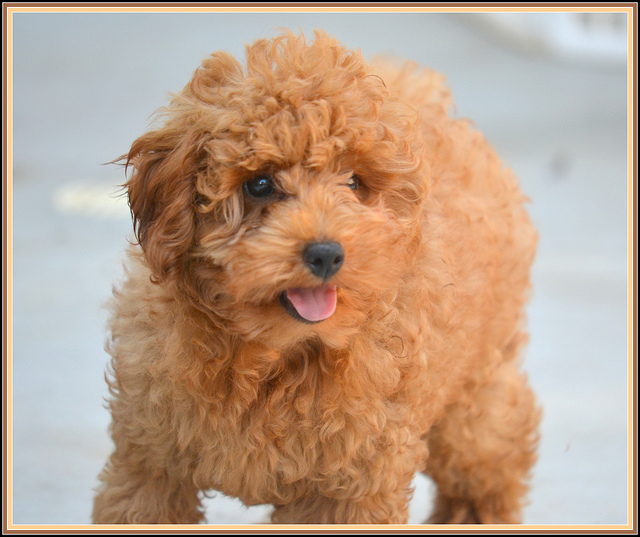 A bonus antidote from Richard Smith:

And a second bonus antidote from dcblogger: