Ocean circulation is changing, and we need to know why Nature

How Much Are Banks Exposed to Subprime? More than we Think Wolf Street

Russian Sanctions Are Maybe a Problem for You Bloomberg. “Bans on securities trading seem to leave anyone in finance vulnerable to falling foul of the U.S.”

A few cruise missiles from Trump won’t stop Syria’s war crimes Editorial Board, WaPo. No, they won’t. “What’s really needed is a concerted strategy for protecting the vital American interests wrapped up in the multi-sided Syrian war — something Mr. Trump, despite the urging of many of his advisers, has failed to develop.” And a pony.

After Douma, the west’s response to Syria’s regime must be military Simon Tisdall, Guardian

With Latest Syria Threats, Trump Continues to Be More Confrontational Toward Russia Than Obama Was The Intercept

U.S. Should Do the Opposite of What Saudis Want TruthDig

Russia vs the West: A War Scenario and a New Logic of Confrontation Russian International Affairs Council (David Johnson). Worth reading in full:

Suppose another “chemical” or some other incident takes place in Syria. The “chemical” trigger looks most likely. This theme is well-covered by the media and is a serious pretext. Suppose Washington decides to use force, not just a cosmetic strike with ten or twenty Tomahawks, but a massive attack on the remaining military and civilian infrastructure of the Syrian Government. This is the scenario’s first bifurcation, or the matter of Russia’s involvement. Its bases can remain intact. But if Moscow uses its forces (as its military promised) a strike will be delivered at Khmeimim and Tartus. Technically it is possible to launch such a strike and destroy both bases and their military personnel, especially if US troops die during an attack on Bashar al-Assad…..

This scenario may seem extremely risky (if not crazy) but upon closer analysis it has logic of its own. And here comes the next bifurcation. What will Moscow do, if this happens? The first option (that would be the most desirable for Washington): Russia would have to bite the dust and admit defeat. Yes, Russia is a nuclear power but will it mount a nuclear strike because of a clash with the Americans in Syria, knowing that its strike will result in retaliation? In other words, the stakes here are on the hope that Moscow will not press the button because this would mean suicide. In this scenario, victory would be on Washington’s side without reservation. It will show that it is possible and necessary to cut down to size an opponent that has crossed the line. This will be a powerful signal to all the rest while America and Trump personally will gain the reputation of an uncompromising and tough player.

But there is also a second option. It is difficult to analyze it on the basis of the theory of rational choice. It may simply not work within Russia’s strategic culture and tradition. The Russians may press the button. Moscow is not confined to the option of Mutually Assured Destruction (MAD). It can also offer a limited, albeit very painful, response. Technically this is also possible and dangerous in its own way. If, say, an aircraft carrier or a big warship is demonstratively sunk, it is Washington that risks biting the dust. But this is not in the US tradition, either. As a result, tensions will escalate, considerably increasing the risk of MAD.

Is the US Suffering a ‘War Gap’? The Diplomat. “America’s distance from the frontlines of its wars and its inability to accurately discern the physical and human geography of its antagonists have led to a fatal violation of Sun Tzu’s dictum, ‘Know your enemy.'”

Exposing China’s Actions in the South China Sea CFR. Next on the agenda…

All eyes on US Navy bid to reform and boost readiness after collisions Asia Times. How can you write about the Seventh Fleet without mentioning “Fat Leonard”?

The complete failure of the Brexit project Mainly Macro

A Gentleman’s Guide to the NBA: When Players Agree to Take Plays Off Bleacher Report

Mystery Consortium Is Said to Offer FIFA $25 Billion for Control of 2 Tournaments NYT. Knowing FIFA, the deal is in the bag. As it were.

Investigators Focus on Another Trump Ally: The National Enquirer NYT

Paul Ryan Personifies the Devil’s Bargain the GOP Struck With Trump The Atlantic. The liberal Democrat dream for decades: If only there were responsible Republicans to work with. Like Reagan…

Don’t Give Away Historic Details About Yourself Krebs on Security

A Google computer scientist says his new lip-reading technology has terrifying implications for fake news South China Morning Post. Normally, I toss any story with “terrifying” in the headline into the gaslighting file, but this doesn’t look good.

Mark Zuckerberg Is Either Ignorant or Deliberately Misleading Congress The Intercept

Hot-air dryers suck in nasty bathroom bacteria and shoot them at your hands Ars Technica (BC). BC: “Ironic how so many products designed for health and hygiene end up being clever marketing gimmicks that just make things worse.”

Do the Employed Get Better Job Offers? Liberty Street Economics

How the Reformulation of OxyContin Ignited the Heroin Epidemic NBER

The Question of Hamlet NYRB

The Emotions We Feel May Shape What We See Psychological Science

Time Out with William James and The Principles of Psychology Society for U.S. Intellectual History 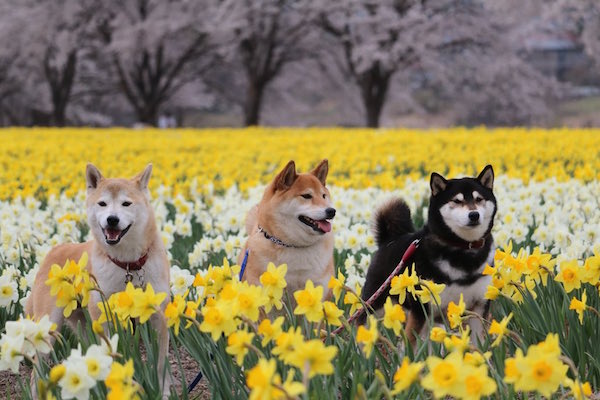