Top residential real estate brokerages in the US have been promoting US homes to investors in China for years. Brokerage firms in Canada, Australia, New Zealand, and other countries have done the same. Commissions are at stake! They have set up units in China and are partnering with Chinese real estate portals, such as Juwai.com.

Warren Buffett’s Berkshire Hathaway HomeServices, a subsidiary of HomeServices – the second largest residential brokerage in the US – entered the fray belatedly a year ago with a marketing agreement with Juwai.com “to syndicate all of its franchisees’ residential listings.”

And not just in the trophy cities on the coasts, but all of Berkshire’s listings, anywhere.

One of the properties it offers on Juwai.com today is this mansion on 8387 Ford Road, Superior Township, Michigan: 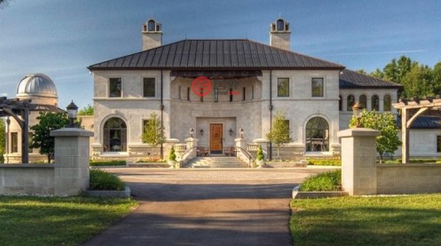 Scrolling down the page of any of these listings reveals four red buttons that lead to the crux of these deals for Chinese investors (so-so translations below):

And these brokerage firms in the US, Canada, Australia, New Zealand, and other countries are doing expos and conferences in China to lure investors to make the leap. This massive marketing effort in China by these firms has worked like a charm.

Juwai.com predicts, according to the Wall Street Journal, that Chinese investors will plow $1.5 trillion into assets abroad over the next decade, with about half of that going into foreign property.

The exact number of investors in China that have piled into these housing markets is still nebulous, despite some efforts locally to collect data on it. But home prices have soared under this buying pressure of foreign money, and now, after years of denying it, politicians are no longer denying it.

At first, the inflow of Chinese investor money was great and awesome. But then it turned the local markets into full-blown housing bubbles that began threatening local economies. So various levels of governments in Canada, Australia, New Zealand, and elsewhere – but notably not yet in the US – have created policies to tamp down on this incoming flood of money that distorts the market. Here’s a flavor:

All these measures produced very mixed results. Home prices are now sinking in Toronto  and Sydney, but continue to rise in Vancouver and other cities. If there are ways to get around some of these policies, local facilitators will help Chinese investors find those ways.

These governments “are still at the trial-and-error stage,” Aaron Terrazas, senior economist at Zillow, told the Wall Street Journal. “They are trying to figure what works and what doesn’t.”

And there is what Vancouver Mayor Gregor Robertson – who, after 10 years in office, announced that he won’t seek reelection – calls the “waterbed effect of capital flooding wherever taxes are lowest and regulation is weak.” When one area tries to tamp down on the influx of foreign money, the flow simply goes somewhere else. In Canada, this is partly due to the lack of coordination between federal, provincial, and municipal governments, he told The Journal.

“It’s a complex challenge between regulating offshore investment, local real-estate practices and addressing housing supply within cities, all in sync,” he said. “The reality is that interventions take time and aren’t wholly predictable.”

House price bubbles aren’t like stock market bubbles. People don’t have to live in stocks. But they do need to live in homes. When homes get perverted into a global asset class, all kinds of things happen, including that new supply from construction can’t meet the sudden surge of financial demand from investors who might never live on those homes. Just like stock market bubbles, housing bubbles deflate. But unlike stock-market downturns, housing-market downturns wreak havoc on the real economy on a very local basis.

In Australia, foreign buyers accounted for 10% to 15% of homes under construction and account for about 5% of total residential sales. But the share of foreign buyers reached about a quarter of new-built condos in Sydney and Melbourne, according to estimates by the Reserve Bank of Australia.

The package of policies were starting to have a visible effect by last November: “Purchases of new properties by foreign buyers have eased over the past year, reportedly because of stricter enforcement of Chinese capital controls and tighter access to finance for foreign buyers,” Kearns said.

In terms of new developments, investors in China purchased about $1.5 billion in residential building sites in 2017, amounting to about a third of Australia’s total building sites, according to real-estate company Knight Frank, cited by The Journal.

Among signs that Chinese investors have backed off in Australia, there’s the “waterbed effect,” with foreign money flowing to where there is less regulation: Juwai.com found, according to The Journal, that the US and Canada have lost their spots at the top of the list for Chinese buyer inquiries, replaced by Malaysia and Thailand.

In Toronto, the average selling price of a single-family house plunged 13% in May, or by C$160,000, from the peak in 2017. Sales of homes priced over C$1.5 million collapsed by 63%. But condos are still hanging on. Read… Toronto’s House Price Bubble Not Fun Anymore