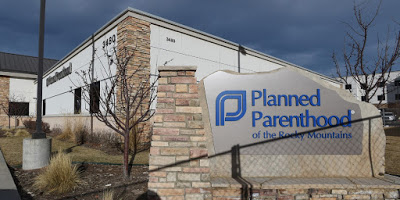 The national Action Fund has come under fire in intra-Party disputes. It endorsed Hillary Clinton over Bernie Sanders while admitting that “both [are] good on reproductive health.” That’s certainly a choice they get to make.

In addition, they made sure Sanders came under their fire when he called Planned Parenthood (meaning the Action Fund, not the health care organization) “part of the establishment“:

Planned Parenthood and other progressive groups are calling out Bernie Sanders for referring to them as “part of the establishment,” saying the Vermont senator needs to show a more explicit commitment to women’s reproductive health.

Notice the switch in terms: The Action Fund, which was criticized for its political leanings in an intra-Party dispute, claimed Sanders didn’t show enough of support for the non-political health care part of the organization — all while the Action Fund, in its Clinton endorsement, was praising Sanders as just as good on reproductive health issues as Clinton. (The deciding factor for them was that Clinton “pushes harder.” Again, that’s their choice to make.)

Sanders, of course, had to say, unnecessarily, that he would defend Planned Parenthood (the non-political health care arm) against attack, a statement that was widely taken as walking back his criticism.

If you’re a Sanders supporter, you likely noted in all of this the good part of PP (the clinics) and the “less good” part (the political arm). The health care part of the organization emerged from this dispute still known-good, while the the highly political Action Fund remained part of the problem, at least from a Sanders supporter’s perspective. The political arm, which controls political spending, is indeed part of the well funded Democratic Establishment — Sanders was right in that assessment — and acts to protect the Establishment against the real progressive insurgency that the Sanders 2016 campaign represented.

For background on the Planned Parenthood union-busting story, read this good report at The Intercept. For now, this is all you need to know:

Colorado Planned Parenthood executives, with help from President Donald Trump’s labor board appointees, are fighting their health center workers’ unionization efforts in a case that could set a precedent for workers’ rights nationwide.

Ugly stuff — shades of Walmart and Amazon, in fact.

• First consider this plea from Mimi Yedinak, a Planned Parenthood clinic worker, writing on Facebook. (The following was printed as a single Facebook paragraph. I’ve taken the liberty of adding paragraph breaks where appropriate since many infrequent Facebook users have trouble creating paragraphs for themselves.)

Friends- today is my last day working for Planned Parenthood of the Rocky Mountains.

Many people are not aware that this past year PPRM’s clinic workers voted to create a union in order to improve issues like working conditions, wages and hours. Since we made this vote, PPRM’s management have only pushed back in order to keep us from accessing our basic employee rights.

Last night they sank to an incredible low. Some of my coworkers showed up to a PPRM fundraising event wanting to educate major donors about where their money is going and to encourage donors to specify that their money goes towards patient care and NOT towards anti-union activity (the agency has hired an anti-union lawyer whose hourly rate costs roughly the same price as an out-of-pocket medication abortion).

Instead of giving my colleagues an opportunity to inform donors, PPRM called the police on its own employees and threatened to have them arrested, including a loyal abortion provider who has been involved with this cause for over 30 years.

If you truly want to stand with Planned Parenthood then stand with its clinic workers and PLEASE get the word out to anyone you can (other donors, media, etc.) about how PPRM is treating its employees. Contact PPRM directly to let them know you support us and share this info with anyone who gives money to PPRM.

I’ve given the last two years of my life to this cause that I love so much and to see my colleagues bullied like this by the agency they have worked so hard for breaks my fucking heart. Stand up for the employees on the ground-floor like me, rather than those at the top who are fine with kicking us out of fundraisers and threatening us with unnecessary police force. Don’t let PPRM silence its employees.

“Stand up for the employees on the ground-floor like me, rather than those at the top who are fine with kicking us out of fundraisers and threatening us with unnecessary police force.” Sounds like every bad-actor organization you know.

• Next, note that the unionization issue seems to have escalated into the political sphere, with the local Action Fund getting involved. David Sirota’s wife Emily is running for the state legislature in Colorado. He recently tweeted this:

My wife @EmilyForCO demanded Planned Parenthood execs stop working with the Trump admin to bust PP workers' union. PP execs then immediately decided to spend $50,000 to try to punish her & defeat her. Please donate here to help her fight back: https://t.co/KVYGwi2A4t

Seems she criticized the anti-union actions of local Planned Parenthood clinic executives, and the PP RR’s Action Fund started spending money, apparently $50,000 to date, to try to defeat her. Keep in mind that Emily Sirota is a strong pro-choice advocate, and this is a Democratic primary.

You’d think they’d have better ways to spend $50,000, given to them in good faith to carry on the real fight, not the fight to keep clinic workers’ wages low.

Ryan Grim tweeted his support for Emily Sirota in this dispute:

To which David Sirota replied:

This shows to too many what the “Democratic Establishment” is made of. Note again that this isn’t just the local Action Fund acting. The local PAC is defending vigorous Walmart-like anti-union behavior by the clinic.

How Will the Democratic Establishment Respond? How Will Voters Respond?

The 2018 elections are fast approaching and Democratic leaders are betting the farm that they can run and win as “not Trump.” Of course, that’s their choice to make. But will it work if stories like these keep popping up? Two key questions emerge as this unfolds.

How will Democratic leaders respond to this story, if they respond at all? And how will voters respond to stories like these — for examples, stories about widespread Democratic Party support for the comically corrupt Joe Crowley in his primary race against an actual and viable progressive challenger, Alexandria Ocasio-Cortez?

If the Democratic Party continues to brand itself as what caused many voters to rise up against it in the last election, what will its future be?