Harlan Ellison, Provocative Sci-Fi Writer of ‘Star Trek,’ ‘A Boy and His Dog,’ Dies at 84 Variety. I was a big Ellison fan when I was young. I read Dangerous Visions and Again, Dangerous Visions when they came out, along with many of his short stories (such as his classic “I Have No Mouth and I Must Scream”). With the benefit of hindsight, I was influenced by the television criticism columns he wrote for the Los Angeles Free Press, which were published in the book The Glass Teat.

The 25% Revolution—How Big Does a Minority Have to Be to Reshape Society? Scientific American (JTM). Reported elsewhere, but in case you missed it….

Fluoridation is mass medication, NZ Supreme Court rules Scoop News (furzy). Help me. You do not want teeth like mine (versus those of my brothers, who did have fluoridated water). With our terrible health care system, we aren’t able to organize to get fluoride pills or drinks to kids of an age when fluoridated water matters (when their adult teeth are forming, I assume ages 4 to 6).

The plateau of human mortality: Demography of longevity pioneers Science

Brexit: in the land of soundbites Richard North

UK’s pressure on US over leaked drops to Julian Assange The Australian (furzy). Google the headline…

Democratic Senators who demanded today that @JulianAssange's asylum be revoked in violation of international law. Remember them. pic.twitter.com/L63Hy9L1wo

Here is the full letter. Bill B:

Allow me to offer a translation in layman’s terms: “We resent having been exposed as a cabal of money grubbing toadies who could care less about unions and growing inequality. We will not tolerate being exposed as such.”

DECEIVED BY DESIGN: How tech companies use dark patterns to discourage us from exercising our rights to privacy Norwegian Consumer Council (hat tip Bruce Schneier)

Canada ‘will not back down’ over US metals tariffs BBC

GM Warns Trump Tariffs Could Lead the Carmaker to Shrink in the U.S. Bloomberg

A bit too linear re the connecting the dots, but as Lambert said, “Wow…”

he is compromised because his son has been @realDonaldTrump's personal banker at Deutsche Bank for 12 years. The same Deutsche Bank that was fined $630 million for a $10 Billion scheme to launder Russian mob money. https://t.co/Hhnlpm0ivM

Talk About ‘The Appearance of Corruption’ Charles Pierce, Esquire (furzy)

America Has a 1.39 Billion-Pound Cheese Surplus. How Did That Happen? Mental Floss (Kevin W). Your humble blogger has mentioned how restaurant menus are awash with cheese….

Why is gold not shining? MacroBusiness

How to get away with financial fraud Guardian (Matthew C)

Sometimes I think that the only instruction given to the social-media people at @business is to make sure that all tweets will elicit the reaction “oh fuck off” pic.twitter.com/KTibWhRkg6

Is This Going to Crush Rents in Seattle? Wolf Street (EM) 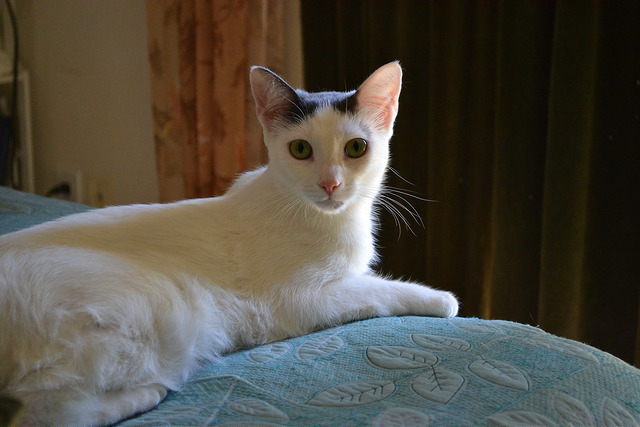 And a bonus antidote. Having a run of cute cats! From Kevin W: