A New Threat to Your Finances: Cell-Phone Account Fraud Consumer Reports. Funny, I have always refused to give a cell phone number to anyone who asks for a phone number, like my credit card issuers.

Scientists checked the carbon footprint for 13,000 cities worldwide. These were the worst. Mic

Italy. No meaningful coverage by Bloomberg or the WSJ, which is an indicator of sorts. Had my internet service and my normal backup arrangement not both gone down, I would have probably posted. But some short comments in the meantime. One is the new coalition has a point regarding immigrants. Merkel’s 2015 policy was reckless and she’s retreated from that. But the then-current government was also on board. And it is also likely true that most of the current immigrants are economic migrants and therefore subject to deportation. But how do you do that? And is Italy really going to set up what amounts to concentration camps? Moreover, Italy can’t impose going forward remedies on its own. It has too long a coastline and too small a navy. At a minimum, it needs satellite-type info to help with identification and interception of boats carrying immigrants.

On crossing swords with the Eurocrats on budget issues, pensions are a smart place to start since I imagine the impact on the current budget won’t be high (as in Mr. Market tizzy factor should not be large), but pension-cutting has been such a big object of “reform” programs that this should provoke the new government’s opponents to show their hand relatively early.

New Italian government: little regard is paid to what voters really think Guardian

Grenfell Tower InquiryTwenty-seven minutes and fire had taken hold: so why weren’t residents told to get out? Telegraph

May delays blueprint for future EU ties until after June summit Financial Times. This is madness and assures a no deal outcome. Early on, I thought there were parallels to Greece, but the difference was that the Greek strategy was coherent save for one fatal flaw: they greatly overestimated their bargaining leverage. But here the same underlying delusion is becoming more obvious on the part of the British officialdom. The only way the UK approach makes any sense is that they assume (or have persuaded themselves) that the EU is bluffing and will relent (David Davis has said this repeatedly). So now, like Greece, they are more openly acting as if they are playing a game of chicken. But again, the Greeks recognized that was what they were up to. Is there anything approaching that level of self awareness in the Government?

The Most Terrifying Thought Experiment of All Time Slate (jvd)

Yes, the President Can Pardon Himself Jonathan Turley

In Three California House Races, Wealthy Democrats Have Spent $16 Million of Their Own Money So Far Intercept (UserFriendly)

Oh, how I enjoy the vibrant colors of nature!

I’ve seen few varieties of birds since moving to the city, so was thrilled & grateful for the photo ops the only day I observed this beautiful bird here.

She ID’d both the bird and the flower, but also said I could let readers guess. 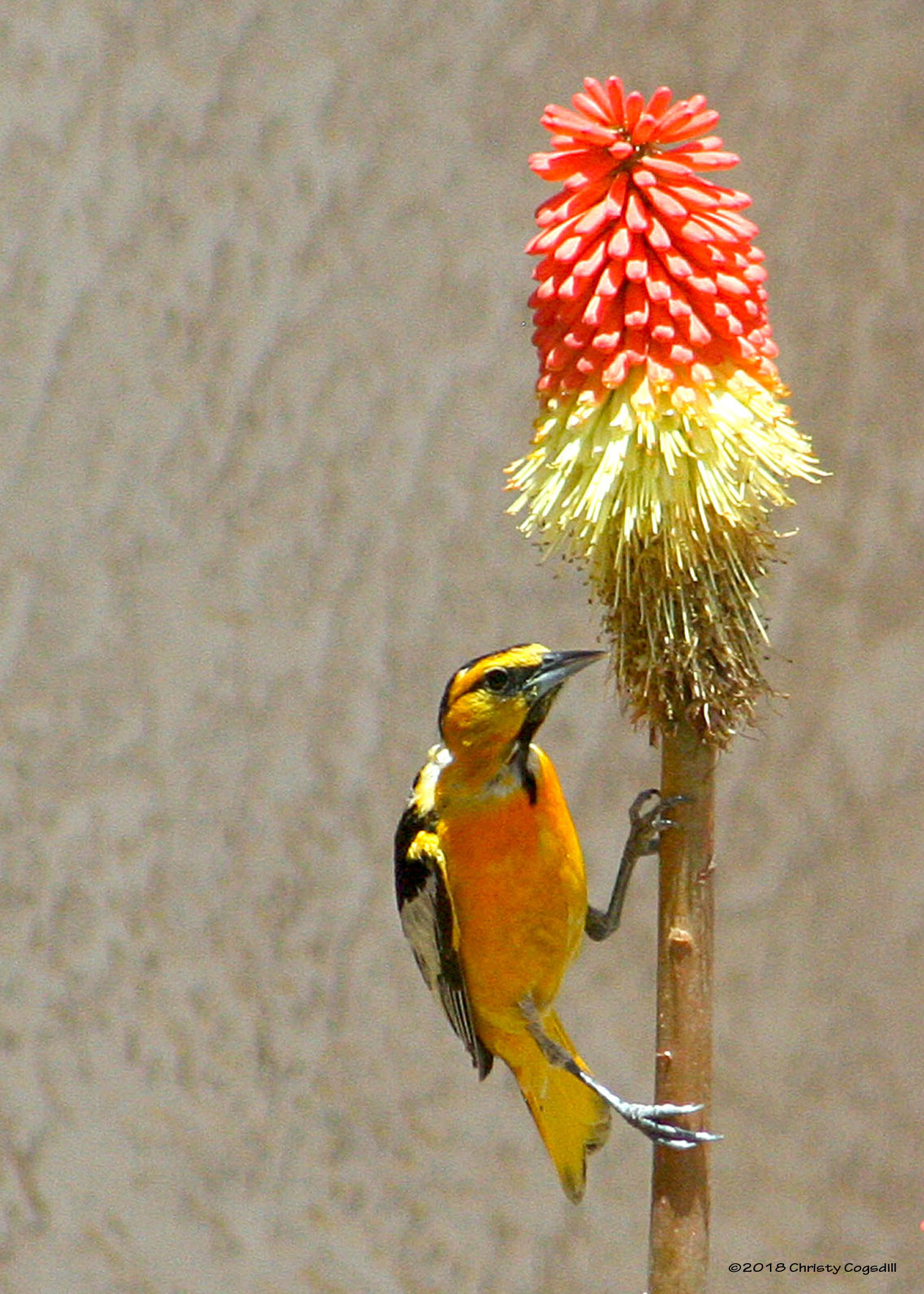 And a bonus video. This dog looks like she knows how cute she is!