By Margot Kushel, University of California, San Francisco. Originally published at The Conversation

One-quarter of homeless people in the U.S. live in California, despite Californians making up only 12 percent of the population.

Visitors to the West Coast may be shocked to find the tents that line cities from San Diego to Seattle. Like a modern-day “Grapes of Wrath,” the tents are a stark reminder of the suffering of the thousands living outside, homeless. 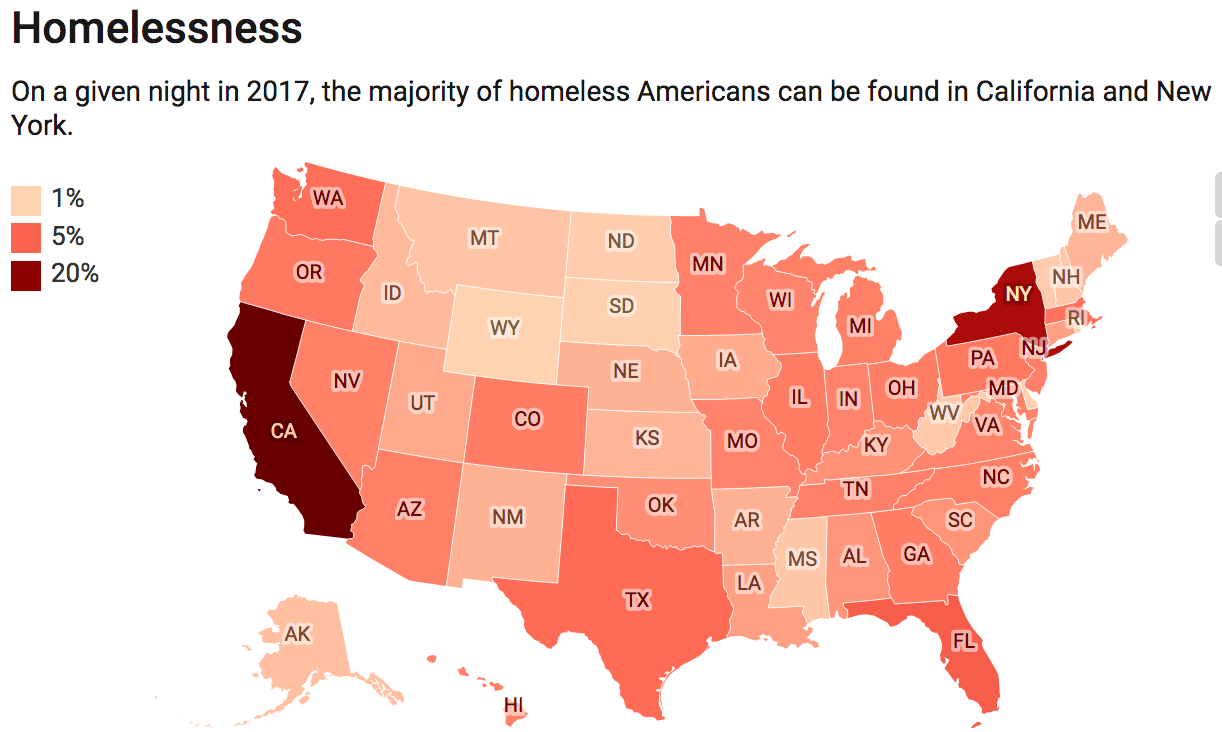 What’s to blame for such high numbers of unsheltered homeless on the West Coast? The reason isn’t drug use, mental health problems or weather. Rather, it is due to the extreme shortage of affordable housing.

As a physician and researcher who provides medical care for people experiencing homelessness, I have seen firsthand how devastating homelessness is to health.

Being unsheltered is terrifying, humiliating and isolating. People living without shelterlack access to toileting facilities, sinks and showers. They have no way to store or prepare food and no protection from the elements. Hunger is common.

Sleeping in makeshift beds or on the ground, they get little sleep. They must contend with having their possessions stolen. They face frequent forced moves, which disrupt relationships and make it difficult for family, friends or service providers to find them.

People who are unsheltered are at high risk of physical and sexual abuse. If they struggle with substance use disorders, their use of drugs and alcohol occurs in public, leaving them open to arrest. There are no places to refrigerate or store medicines, no place to receive mailed appointment reminders or a visit from a visiting nurse, no place to dress a wound or plug in medical equipment like oxygen. Without access to hygiene facilities, they are at high risk for communicable diseases like hepatitis A.

Some assume that homelessness is so common on the West Coast because people move here when they become homeless, but data do not support this. Most people experience homelessnessclose to where they lost their housing. My team’s researchin Oakland found that 81 percent of older adults who are homeless became homeless in the Bay Area. Only 10 percent had lost their housing outside of California.

Instead, the high rate of homelessness can be attributed to the lack of affordable housing in these regions. The West Coast suffers from rising costs of rental housing, stagnant incomes for low-wage workers and a decline in federal support for affordable housing. For example, California has gained 900,000 renter households since 2005, but lost US$1.7 billion in state and federal fundingfor affordable housing.

In the West, these shortages are more severe: Nevada has 15 units available for every 100 extremely low-income households; California has 21.

In 2017, for the first time in 13 years, Los Angeles opened its wait list for housing choice vouchers. These vouchers allow households to pay 30 percent of their income in rent, with the rest paid by the government. There were 600,000 applicants for just 20,000 spots on the list, highlighting the enormous unmet need. 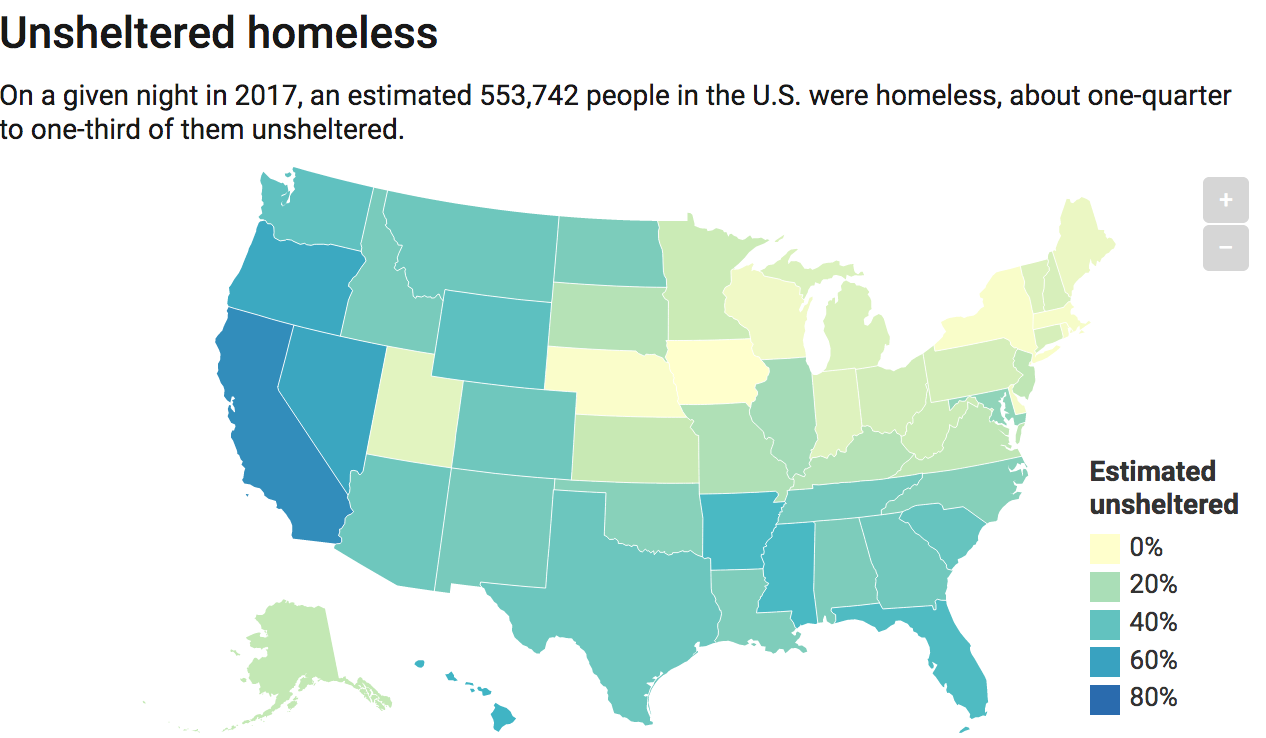 Who Pays for Homeless Services

Why are people on the West Coast so much more likely to be unsheltered than homeless people in other parts of the country? It reflects differing government priorities.

With enormous numbers of people living outside, West Coast cities are scrambling for solutions. Some cities, like Seattle, have created sanctioned homeless encampments, bringing hygiene facilities and other services. However, the U.S. Interagency Council on Homeless cautions that this approachis costly and doesn’t provide a solution to homelessness.

Other cities are following San Francisco’s example and creating navigation centers, homeless shelters with added services. Unlike typical shelters, these centers allow people to come in groups, bring pets and belongings and stay all day.

Many areas have passed tax increases to fund new housing and services. These efforts show modest success but continue to struggle against the unfavorable housing conditions that lead people to become homeless in the first place.

So where can we go from here? There are solutions to homelessness, but, in my view, these will not succeed without solving the affordable housing crisis that is the underlying cause of homelessness.

The success of permanent supportive housing has been overshadowed by increases in people becoming newly homeless due to the lack of affordable housing.In my view, preventing and ending homelessness will require a commitment to creating housing that is affordable to all.