By Dr. Cyril Widdershoven, a long-time observer of the global energy market. Presently, he holds several advisory positions with international think tanks in the Middle East and energy sectors in the Netherlands, the United Kingdom, and the United States. Originally published at OilPrice 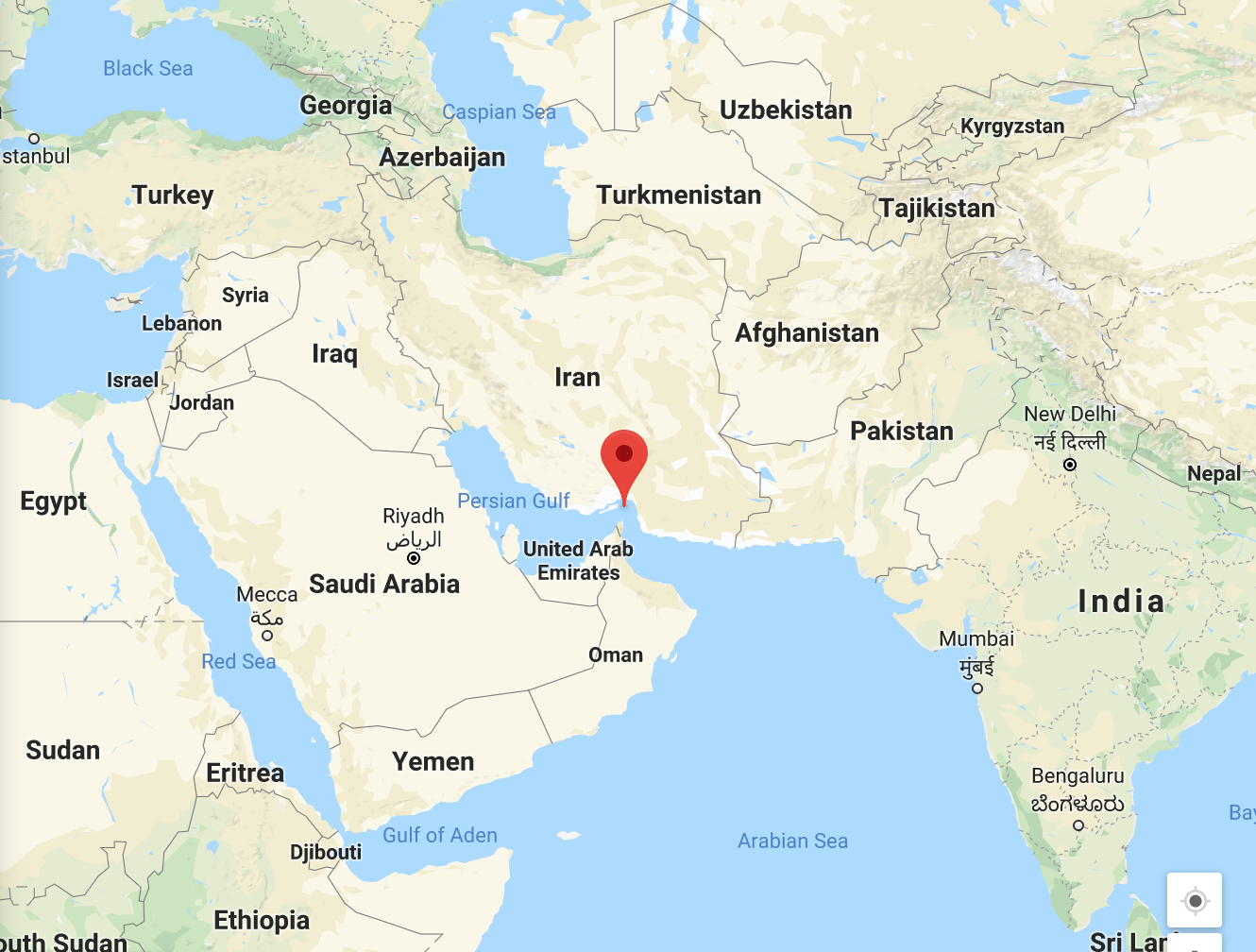 An old doomsday scenario has been revived again by Iranian officials.

Iranian president Rouhani stated on Tuesday in Bern, Switzerland that his country could block the Strait of Hormuz for all Arab shipping traffic if Washington fully implements its zero oil export targets for Iran in the coming months.

Rouhani, who is currently on a lobbying mission in Europe in an effort to salvage the JCPOA deal (the Iran nuclear deal) and mitigate U.S. sanctions, seems to be have been pushed by hardliners to increase threats against Iran’s neighbors.

Rouhani, considered by European politicians to be a reformist, appears to be showing a hardline streak that is nearer the strategy of the country’s supreme leader, Ayatollah Khamenei. Khamenei has already been pushing for a direct confrontation with the U.S. and the Arab Alliance.

Several hours after Rouhani made his statement, Major-General Qassem Soleimani, one of the leaders of the Iranian Revolutionary Guard Corps (IRGC), told the press that the IRGC is fully prepared to implement any action ordered by Rouhani or Khamenei. Soleimani, well-known for his direct involvement in the Syrian civil war and the set up of Iraqi Shi’a militias, has a reputation for taking strong and direct military action if needed. No direct threats were made, but the closure of the Strait of Hormuz, the main thoroughfare of the Arabian/Persian Gulf region, is of strategic importance to all. At present, according to the Energy Information Agency (EIA.gov), more than 17 million bpd of crude oil and products travel through the strait every day. If taking into account that all of Qatar’s LNG exports are also going through it, the importance is clear.

The Iranian threat to close the Strait is not new. During the so-called Tanker War (1980-88) Iran was also threatening to block or even permanently close it. Western naval forces have been able to prevent that outcome, but a large amount of tankers and transport vessels have been impacted during that period. In the last decade, several military confrontations have occurred, largely between U.S. Navy vessels patrolling the Arabian Gulf and IRGC light navy vessels. The latter however have become a major threat to maritime traffic in the area, as they are not very easy to spot and can travel with relatively high speed. The capabilities of the IRGC Naval Forces (IRGCNF) should not be underestimated in this particular area. The IRGCNF has around 25,000 personnel and in combination with the regular Iranian Navy they have seven frigates and 32 fast-attack missile craft which form the core of its surface fleet, all armed with the C-802 Noor long-range anti-ship missile. More threatening are the possibilities of the large flotilla of small craft, ranging from offshore patrol boats to armed motorboats and dhows, intended for coastal service and for mounting swarm attacks in the Strait of Hormuz. The IRGCNF task force is based largely in and around the Strait of Hormuz. Its bases are located in the Persian Gulf.

A confrontation between the Arab OPEC members, led by Saudi Arabia and the UAE, and Iran is far from impossible. The Shi’a regime is under enormous pressure at present. With the JCPOA agreement on its last legs, the Iranian government needs to save face and is expected to increase pressure on its regional neighbors in a response to Trump’s threats. Since May, when the U.S. pulled out of the JCPOA, all countries that previously bought Iranian oil have been asked to end their dealings with the Khamenei regime.

Washington has repeated in recent days that no oil should leave Iran after November 4, as the full package of sanctions will come into effect. Asian customers are already leaving Iran, although China is still officially stating that it will not end its Iranian oil imports and operations. NATO member Turkey has also openly defied the U.S. sanction threats by stating that it will continue to import oil and gas from Iran.

Military assessments have shown that a closure of the Strait of Hormuz is possible. An attack on several vessels at the same time in the Strait would close it for a prolonged period of time. Analysts, however, expect that with the military means available to Arab states and Western navies in the area, a full closure would only last for around a month. If a full-blown war breaks out, removal of the offending vessels would be dealt with reasonably quick. Still, the threat of such a direct confrontation, and a possible unforeseen fall-out, significantly raises the geopolitical risk in energy markets.

By using the hardline approach, Rouhani, with Khamenei and the IRGC in the background, has shown the world the possible negative outcome if the U.S. does implement full sanctions. Tehran is using the carrot-and-the-stick approach. Offering increased European investment in Iran’s upstream and downstream sectors will help finance the country’s struggling economy while giving foreign investors tempting oil opportunities. At the same time, by keeping 100 percent compliance in place, Iran could ensure downward pressure on oil prices in the coming months, which is good for European consumers. Iran is painting a doomsday scenario involving the removal of 100 percent of its crude oil and gas exports, which would cause huge supply shortages in the coming months.

If this isn’t convincing enough for its rivals, military action in the Arabian Gulf or Persian Region is always another option for Iran. While talking to European media, Rouhani addressed his Arab counterparts. Closing the Strait of Hormuz would be hitting Arab economies extremely hard. The Iranian president just forgot to state that it would be hitting Iran harder, looking at the current economic situation and growing civil unrest in major cities. Still, when all goes bonkers, the military option is normally used to save the day.

U.S. officials already have stated to the press that the U.S. and its regional allies will keep commercial traffic and freedom of navigation in place. As indicated after the OPEC -NOPEC meeting in Vienna, the agreement is signed, but a full confrontation is just waiting to pop up very soon. The current Iranian direct threat is just a wake-up call for all, taking out OPEC’s second largest producer is no easy task.

Another option that has not yet been discussed at all in the mainstream media invlolves Iran’s capabilities in the so-called blue-water arena. At present, Iran’s Navy is already engaged in and around the Bab Al-Mandab strait, between Yemen and the Horn of Africa. Since 2013 Tehran has again deployed units to the Red Sea. Officially, this was done to protect Iranian vessels against piracy, but in reality Iranian navy vessels are patrolling the Gulf of Aden and the Red Sea. In 2015, Yemen’s Houthi rebels stated that Iran’s Navy had deployed in the North of the Indian Ocean and the Gulf of Aden. The reason behind this is to project its power, and threaten to disrupt possible maritime traffic in the area. Iranian officials already have instigated that they will use their naval presence in the area in case of an attack on Iran. The use of its force in the Gulf of Aden/Bab Al Mandeb area is also a threat to its Arab neighbors. A large part of seaborne oil and gas exports from the Gulf region will have to transit through this area to enter the Suez Canal. A two-sided approach to confront its enemies is in the reach of Iran. How effective it will be is unclear, but one effect is for sure, oil export volumes are facing a serious threat and any closure or disturbance of shipping lanes at present will push prices up.