Heat Records Falling Around the World in 2018 Weather Underground. Here in Maine, I had two record days. The following night, the heat went on.

The Strange And Curious Case of the Deadly Superbug Yeast Wired. Jackpot….

Build-A-Bear limits store promotion as crowds build a logjam Reuters (EM). EM: “The bear is the national symbol of Russia — I am agog that the western MSM, usually so diligent in sussing out such threats, have not cottoned on to the high likelihood that Build-A-Bear is a corporate front for an ongoing effort by Russian intelligence services to meddle with our children’s minds. A child growing up thusly conditioned will be unable to properly evaluate the Russia threat to our Democracy because when thinking about such things, said child will subconsciously think ‘my favorite childhood cuddly pal!’ The scheme is as evil as it is brilliant.”

The Surprising Promise of the Trump-Putin Summit Foreign Affairs

Why Trump Will Return Empty-Handed From Helsinki Russia Insider

Hardcore Hitler on Hitler in Helsinki Counterpunch. “Apparently it’s fine in Resistance circles to stigmatize your enemies as butt-humping queers in order to render them more repulsive in the eyes of your sophisticated, liberal audience.” So somebody else noticed that video in the Times….

Whatever their differences, Putin and Trump share an ideology Globe and Mail. Not oligarchy, oddly.

Indictment ties Russian government to election hacking AP. An indictment need not include evidence. Nor is an indictment the same as a conviction.

Summitgate and the Campaign vs. ‘Peace’ The Nation

More thoughts on Trump and his thinking Sic Semper Tyrannis

Things will not be okay Robert Kagan, WaPo

Trump blows up Theresa May’s party in his honor Politico

Hard Brexit: Northern Ireland may need thousands of generator barges to keep the lights on Treehugger

What happens when Assad wins the war in Syria? Salon

Don’t Let Trump Go to War With Iran Defense One

The WSWS, Iran’s economy, the Basij & Revolutionary Shi’ism: an 11-part series Vineyard of the Saker. “Non-Iranians need to realize that any foreign invasion of in Iran implies the mass, grassroots involvement of the Basij.”

The Trump administration has a new argument for dismantling the social safety net: It worked. WaPo. America is already great.

Science under siege: behind the scenes at Trump’s troubled environment agency Nature

Don’t imagine you’re smarter LRB. “Nobody, I think, remains quite the same after reading their file.”

“Medicare-for-all” means something. Don’t let moderates water it down. Vox

Cause or effect? The link between gentrification and violent crime FT

Great News: Wearing A Tie Might Be Choking Your Brain Cracked. News you can use! If “your” office attire includes a tie… 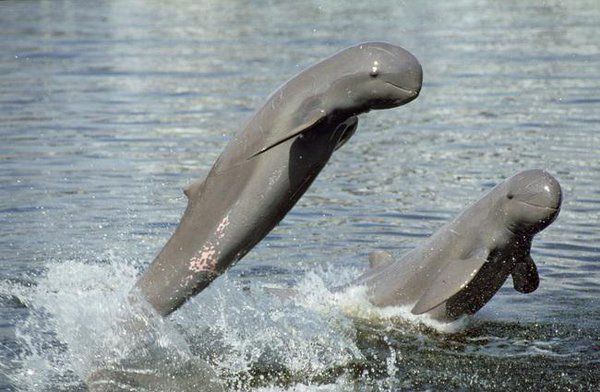