Planet Earth Wobbles As It Spins, and Now Scientists Know Why LiveScience

US to be hit worse than almost any other country by climate change, report says Independent (David L)

Gina Haspel Is Skeptical of North Korea’s Willingness to Give Up Nuclear Arms New York Times Bill B” “”Ms. Haspel was careful with her remarks about the president, keeping her comments apolitical but supportive of the administration’s stated priorities.’ The Times is keen to paint division in the upper ranks.”

What was the additional message (known as alpha α in SK) carried by Moon to Trump that convinced the US side to respond favorably to NK? Not clear but NSA Chung and Moon's special adviser Moon CI both insisted there was additional "oral message" from KJU https://t.co/iHowhoA2kJ

The next cold war? US-China trade war risks something worse The Conversation

Extraordinary and Deliberate Lies from the Guardian Craig Murray (YY)

Spotify Is Using DNA Tests to Curate Playlists, Which Is Pretty Creepy Noisey

Rod Rosenstein, who has been overseeing Russia probe, has offered to resign, according to White House officials Washington Post

Trump to meet with Rosenstein on Thursday The Hill

“The Strategy Was to Try and Do Something Really Big”: Trump Wanted to Nuke Rosenstein to Save Kavanaugh’s Bacon Vanity Fair (furzy)

Undocumented Immigrant Faces a Choice: Become an Informant for ICE or Be Deported Intercept

Kavanaugh: ‘I will not be intimidated into withdrawing’ The Hill

‘I know his heart. This is not consistent with Brett.’ Kavanaugh’s tearful wife backs embattled Supreme Court nominee as he ADMITS high school drinking but DENIES sex assault saying he was a VIRGIN and pleads for a ‘fair hearing’ Daily Mail. Reader Li, who has a thick enough hide to watch Fox, says the interview was done by a Fox reporter, not a commentator, so most of the questions to Kavanaugh were tough (the wife got softballs). Li says they both looked wooden. Plus it isn’t hard to work out Kavanaugh’s wife married him when he was ~35, meaning well after his oats-sowing period.

The Kavanaugh Circus Could Destroy the Me Too Movement National Review

The Myth of Authoritarian Competence Atlantic (Bill B)

Saudi Arabia Worries Oil Crunch Could Push Up Prices EIA. Joe Costello: “This is first time House of Saud has ever said it could not increase capacity.”

What Beyoncé and These Billionaires Have in Common: Massive Mortgages Wall Street Journal (Lance)

Antidote du jour. Anne M: “My husband shared some nuts with this fox, leaving them in the grass when he was playing golf at Overpeck in NJ, not far from the George Washington Bridge. Hopefully Mr. (or Ms. ) Fox will not be tempted to venture across the river!” 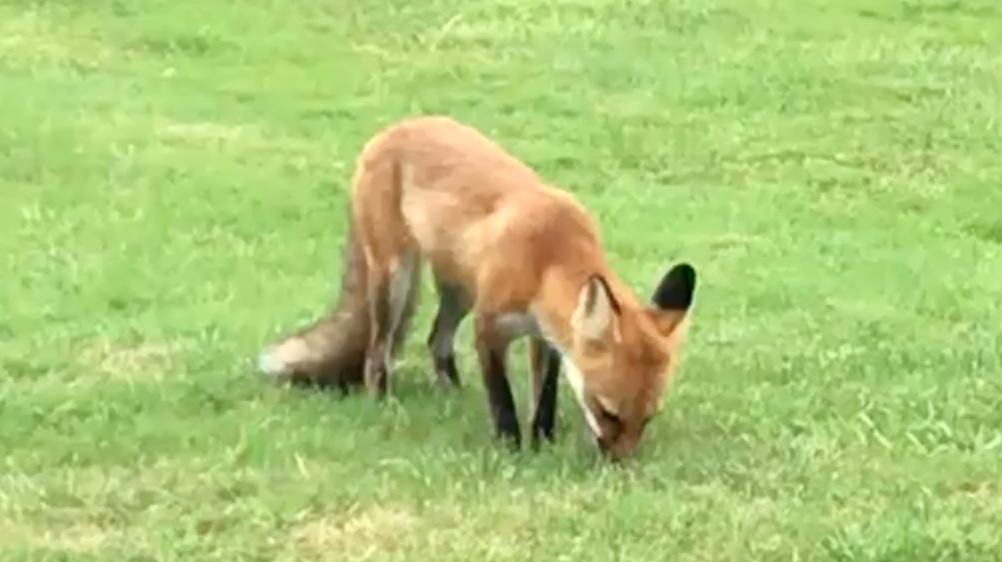