This is Naked Capitalism fundraising week. 552 donors have already invested in our efforts to combat corruption and predatory conduct, particularly in the financial realm. Please join us and participate via our donation page, which shows how to give via check, credit card, debit card, or PayPal. Read about why we’re doing this fundraiser and what we’ve accomplished in the last year, and our current goal, funding more meetups and travel.

Tyndall Air Force Base a ‘Complete Loss’ Amid Questions About Stealth Fighters NYT. Couldn’t they fly those F-22’s outta there? Heh heh heh….

Socialist Foreign Policy Must Center Climate Change In These Times

Brexit deal ‘DONE’ – Shock memo reveals UK exit to be ‘finalised TODAY’ Express (original from Sueddeutsche Zeitung, in German, with Google translation). “A memo has shown that senior EU negotiators requested to agree terms of the deal today, before Theresa May’s Cabinet have even seen them.” Yves writes:

At the risk of seeming wedded to my priors, the UK press seems to be reading far more into the Sueddeutsche Zeitung story than is there.

The EU created a schedule the UK had to meet for a deal to be presented to the EU27 for consideration. Recall that when May was slapped down in Salzburg, she was told if she didn’t present something that was close enough to a deal by the October EU meeting, it would not be scheduled for discussion in November.

The Sueddeutsche Zeitung story has the EU presenting the timetable to EU ambassadors last Friday. It has negotiations Saturday (and presumably Sunday) with a deal to be agreed Sunday and approved by the Cabinet Monday. That basically means the EU was making clear that May had to get her new scheme through the Cabinet for it to be considered at the summit, and as of Friday, the EU was going to meet on Saturday to (try to) achieve that.

The SZ article also clearly says the Irish backstop was still in play. That’s an obstacle that has been looming since December 2017. Maybe there has been a miraculous breakthrough, but this story has nothing in it to indicate that. It would have to come over this weekend.

Theresa May’s government accused of lying about ’30 Labour MPs’ backing her Brexit deal Business Insider. The original story read “up to 30.” So zero is, technically, accurate.

Will Gompertz on Banksy’s shredded Love is in the Bin ★★★★★ BBC. And that’s not all!

The power of negative thinking: why perceptions of immigration are resistant to facts LSE Blogs

The dramatic drop in suicide among elderly Britons The Economist

Saudi Arabia: a kingdom in the dock FT

href=”https://thehill.com/policy/international/411235-five-things-to-watch-for-in-deteriorating-us-saudi-relations”>Five things to watch for in deteriorating US-Saudi relations The Hill. I’ve gotta say, I don’t understand what’s driving the Kashoggi story (I mean, besides anonymous sources in the intelligence community). Kashoggi was rendered? We do that. Saudis whack their own citizens? We do that, too. I can’t game out the realpolitik, unless it’s Turkey vs. the Saudis, and Turkey has no oil. I don’t see an Israeli angle, either. Perhaps it’s as simple and stupid as Kashoggi being known, personally, to our political class, so they’re actually horrified and repelled at his (presumptive) fate. Then again, there’s always money–

India’s decision on buying oil from Iran, defence system from Russia not helpful: US Economic Times

Democrat Senators Traded 15 Trump Judge Confirmations to Go Campaign Newsweek. The next Kavanaugh among them, no doubt.

An open letter to the Democratic National Committee: Please resign, on behalf of the party and the country NY Daily News

Hillary says series of sex claims against Bill are NOT like the Kavanaugh confirmation because her husband faced ‘intense investigation’ Daily Mail. Oh.

How Pantsuit Nation founder Libby Chamberlain took on Trump FT. Out of Yale, via Brooklin, Maine.

‘We’ve never seen anything like this’: GOP overwhelmed by Democratic cash Politico

Costly Rehab for the Dying Is on the Rise at Nursing Homes, a Study Says NYT. New York State nursing homes (N = 647) and their long-stay decedent residents (N = 55,691). Anything for a buck.

Medicare premiums are going up next year. Here’s what you can expect to pay CNBC. Medicare should be free at point of delivery. “Medicare for all,” not ‘Medicare for the health insurance companies and Big Pharma.”

Medicare for all is a meaningless slogan Economist. No, it’s not; that’s why Kaiser’s policy brief describes HR676 and S1804 in some detail. To the extent there’s mystication, it’s due to liberal Democrat bait-and-switch operations and brand confusion, exactly as in 2009.

Medicare-for-all? Without action, there won’t be Medicare at all Carter Eskew, WaPo. Liberal deficit hysteria reinforcing “austerity for thee, but not for me.” I’m shocked.

A Sears bankruptcy could cause one of the biggest pension defaults ever, but the government would protect 90,000 retirees Chicago Tribune

A White Woman, Teresa Klein, Called the Police on a Black Child She Falsely Said Groped Her NYT. Believe women! 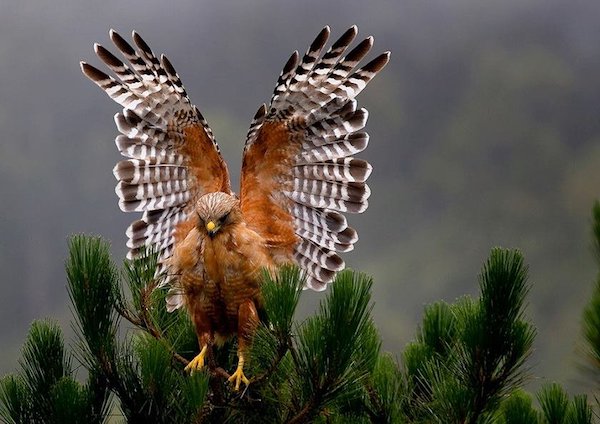 This is a spiritual hawk, not a fiscal hawk.