This is Naked Capitalism fundraising week. 1289 donors have already invested in our efforts to combat corruption and predatory conduct, particularly in the financial realm. Please join us and participate via our donation page, which shows how to give via check, credit card, debit card, or PayPal. Read about why we’re doing this fundraiser and what we’ve accomplished in the last year, and our current goal, increasing our staffing, also known as burnout prevention

Cuttlefish wear their thoughts on their skin Nature (furzy)

Revealed by earthquakes, Earth’s inner core may be softer than previously thought abc.net.au

This 3D-printed house made of earth and rice husks costs less than an iPhone Digital Trends (David L). I see no mention of plumbing, let alone a kitchen…but at 215 square feet, there’s barely room for a hot plate.

In Japan, A Strange Sight: Cherry Blossoms Blooming In The Fall NPR

Hmm…China’s growth slowing (slowest official quarterly growth figure in almost a decade and if that’s the OFFICIAL number, then you know the unofficial number is much worse). And the RMB has fallen to its lowest level since the start of 2017. I recall people like Martin Wolf were arguing vociferously that Trump was taking on a shrewd foe whom he couldn’t defeat in a trade war. But Beijing has been gaming the global trade system for decades and he’s actually the first president to respond to it (and not fall for China’s bogus threats about exercising its so-called “nuclear option” in the bond market). I wonder if China’s economy is about to be exposed for the paper tiger that it is. I don’t advocate fighting trade wars, but Trump was probably right here when he suggested that China would be more vulnerable, not the US.

In what universe is voting Liberal in Wentworth about stability? Guardian. Oz local politics but with some larger implications. Kevin W explains:

A real dog’s breakfast. The Coalition loses this seat, they lose their one set majority in Parliament. The Coalition candidate, Dave Sharma, an ex-Ambassador to Israel, had Scott Morrison float the idea of moving the Australian Embassy to Jerusalem and supporting Trump’s position on the Iran treaty as 13% of the seat of Wentworth is jewish. All our neighbours, mostly Muslim, said do that and see what happens next to all your trade. This week, somebody said in emails that the challenger, the popular Kerryn Phelps, had HIV and was pulling out the race (Kerryn is well known as a lesbian but nobody cares). The seat itself, Wentworth, is blue ribbon and was Malcolm Turnbull’s seat.

Barnier ‘not yet convinced’ Brexit deal will be done Politico

Pro-EU activists set to march through London calling for second Brexit referendum as pressure mounts on Theresa May The Sun.

A second referendum is now firmly on the cards Independent. Note the Independent has been campaigning.

If you think Brexit will leave us weaker and poorer, march for a people’s vote Guardian. Clive: “Only taken it since the Dawn of Time, but the Guardian’s Brexit coverages finally gets into the right gear.”

"Over 1m people marched, urging the government – of which you were a central figure – not to invade Iraq. You ignored them. Why should this government take any notice of 100k Remainers calling for a second referendum?" @afneil asks @campbellclaret #bbctw pic.twitter.com/qxB1PPQec8

America needs to stabilize Libya The Hill. UserFriendly: “You break it you buy it…. Of course they have conveniently written out our role in creating the mess.

A Middle East Monarchy Hired American Ex-Soldiers To Kill Its Political Enemies. This Could Be The Future Of War BuzzFeed (Bill B)

Smart home makers hoard your data, but won’t say if the police come for it TechCrunch

Paul Manafort shows up to court in a wheelchair, learns sentencing date NBC

Trump jumps into Western water wars ahead of midterms Politico

Trump’s home tax changes costing votes in the suburbs Financial Times. I thought the plan was to punish the donor class in blue cities.

How Do You Solve a Problem Like Hillary? Politico (furzy). Cover story of the magazine.

My Morehouse Brother Chinedu Okobi Died After Being Electrocuted by Police. Tasers Are Not “Less Lethal” Weapons. Intercept

The New Thing in Energy Is Old Pipes Bloomberg (furzy)

At Midterms, Republicans and Likely Voters More Upbeat About Job Market HiringLab. UserFriendly: “New poll, JG is the economic policy with the most bipartisan support.”

Antidote du jour (Angie Neer): “This Costa Rican bird (I have no idea of the species) has great camouflage and a built-in periscope”: 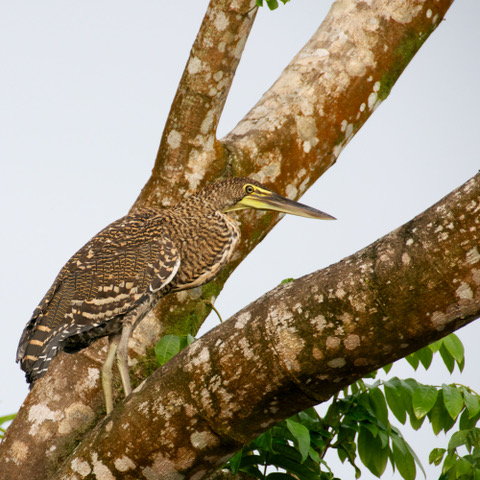 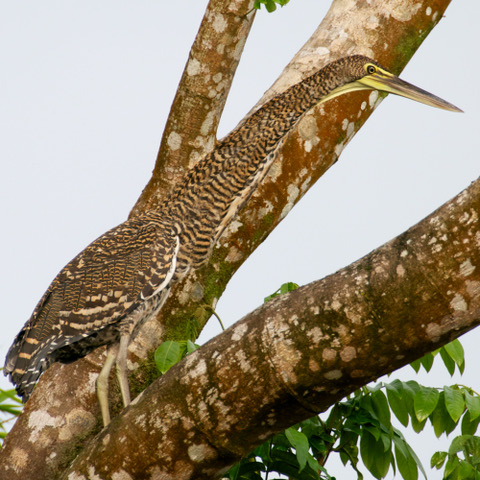 And a bonus video from Lance N: “The MTV-style cutting is unfortunate, but it’s
fun anyway”: