This is Naked Capitalism fundraising week. 1541 donors have already invested in our efforts to combat corruption and predatory conduct, particularly in the financial realm. Please join us and participate via our donation page, which shows how to give via check, credit card, debit card, or PayPal. Read about why we’re doing this fundraiser and what we’ve accomplished in the last year, and our current goal, more original reporting

This got the blood racing. The deep waters of the Black Sea are anoxic meaning there is very little oxygen present. Thus the life forms that would normally eat those timbers cannot survive there. If a ship goes down in those seas, they can stay intact like this one to an incredible degree. The coils of rope are still there along with the bones of the monkfish being eaten by the crew at the time the ship went down. Amazing.

The weed-killing chemical involved in a Monsanto lawsuit was found in Cheerios and Quaker Oat bars. Here’s how worried you should be. Business Insider (David L)

Why a daily bath helps beat depression – and how to have a good one Guardian (Dr. Kevin)

Leaders of Asia and Europe sit down for talks, not sanctions Asia Times

Can Narendra Modi Be Convicted of Corruption for the Renegotiated Rafale Deal? The Wire (J-LS)

Shaxson: Britain owes its pre-eminence as a financial centre to the combination of a strong legal system, which stops people stealing your money, with a weak regulatory one, which allows you to steal other people’s,” From Sunday Times review..

Brexit transition could last for years, cabinet warned The Times. Looks like someone woke up to the fact that leaving the EU without a new trade deal is a crashout; a transition period just allows for much better prep. So someone apparently thinks the EU will nicely give a super duper long transition period so that the UK can get things all stitched up. CETA took seven years to negotiate and another to win provisional approval. The EU won’t cut anywhere near that much slack. And a long transition period arguably violates WTO rules.

EU may offer British PM a UK-wide customs union RTE. Um, this does not sound new. Has the EU managed to convince the UK this is new? All that sounds new is how this non-starter might be papered up. Or have I heard too many ideas and lost track as to which were rumors and which were sort of real?

Up to 45 Labour MPs could rebel to back Theresa May’s Brexit deal, claims Caroline Flint Yorkshire Post. Whip count still short. 50 Tories have put their names on the StandUp4Brexit website.

Fresh Cabinet split surfaces over post-Brexit immigration system City AM. Um, if the Withdrawal Agreement is 95% settled, this is supposedly settled. But now it might be retraded?

A shocked cabinet was today told no-deal Brexit may force government to own or operate lorry ferries, because freight through Dover and Channel Tunnel could fall 85% and we’d run out of vital goods, food and medicine https://t.co/gbFn5wsDxH

The problem, as Richard North again explained yesterday, is that May’s plan is something the EU will never accept, for good reason, and Corbyn is similarly clueless. Neither party has come to grips with the basics of trade arrangements.

Warren Asks McKinsey to Provide Information on Work for Saudis Bloomberg. This will be fun.

The Decline and Fall of Elizabeth Warren Benjamin Studebaker. UserFriendly: “Spot on.”

Bonds Flash a Warning Sign to the Fed Bloomberg (furzy)

Goldman arguing that the smart money has been exiting stocks and bonds since February's volatility spike, as measured by ETF flows. pic.twitter.com/BCWoWUawcR

Antidote du jour. Tracie H: “Are those berries down there?” 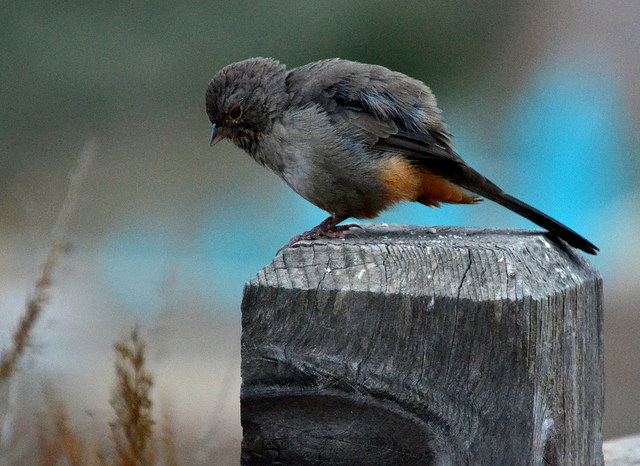 And a bonus antidote from Kevin W: