Yves here. Peter Dorman’s post on how Martin Weitzman was slighted this year in the so-called Nobel Prize in Economics highlights his importance in the climate change debate. I must confess to only having seen Weitzman’s thinking used as a critical part of a paper I have cited often, Andrew Haldane’s The $100 Billion Question, describes, admittedly in economese, how Weitzman provided a way to decide whether to tax or limit/prohibit pollution:

The taxation versus prohibition question crops up repeatedly in public choice economics. For centuries it has been central to the international trade debate on the use of quotas versus subsidies. During this century, it has become central to the debate on appropriate policies to curtail carbon emissions.

In making these choices, economists have often drawn on Martin Weitzman’s classic public goods framework from the early 1970s.13 Under this framework, the optimal amount of pollution control is found by equating the marginal social benefits of pollution-control and the marginal private costs of this control. With no uncertainty about either costs or benefits, a policymaker would be indifferent between taxation and restrictions when striking this cost/benefit balance.

In the real world, there is considerable uncertainty about both costs and benefits. Weitzman’s framework tells us how to choose between pollution-control instruments in this setting. If the marginal social benefits foregone of the wrong choice are large, relative to the private costs incurred, then quantitative restrictions are optimal. Why? Because fixing quantities to achieve pollution control, while letting prices vary, does not have large private costs. When the marginal social benefit curve is steeper than the marginal private cost curve, restrictions dominate.

The results flip when the marginal cost/benefit trade-offs are reversed. If the private costs of the wrong choice are high, relative to the social benefits foregone, fixing these costs through taxation is likely to deliver the better welfare outcome. When the marginal social benefit curve is flatter than the marginal private cost curve, taxation dominates. So the choice of taxation versus prohibition in controlling pollution is ultimately an empirical issue.

By Peter Dorman, an economist and a professor at Evergreen State College whose writing and speaking focuses on carbon policy, child labor and the global financial crisis. Originally published at EconoSpeak 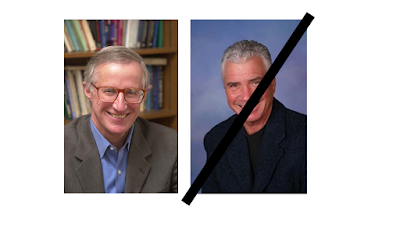 Most of the commentary today on the decision to award Nobel prizes in economics to William Nordhaus and Paul Romer has focused on the recipients.  I want to talk about the nonrecipient whose nonprize is perhaps the most important statement by the Riksbank, the Swedish central bank that decides who should be recognized each year for their work in economics “in memory of Alfred Nobel”.

Nordhaus was widely expected to be a winner for his work on the economics of climate change.  For decades he has assembled and tweaked a model called DICE (Dynamic Integrated Climate-Economy), that melds computable general equilibrium theory from economics and equations from the various strands of climate science.  His goal has been to estimate the “optimal” amount of climate change, where the marginal cost of abating it equals the marginal cost of undergoing it.  From this comes an optimal carbon price, the “social cost of carbon”, which should be implemented now and allowed to rise over time at the rate of interest.  In his first published work using DICE, from the early 1990s, he recommended a carbon tax of $5 a tonne of CO2, inching slowly upward until peaking at $20 in 2085.  His “optimal” policy was expected to result in an atmospheric concentration of CO2 of over 1400 ppm (parts per million) at the end of this planning horizon, yielding global warming in excess of 3º C.  (Nordhaus, 1992)

Over time Nordhaus has become slightly more concerned with the potential economic costs of climate change but also more sanguine about the prospects for decarbonized economic growth, even in the absence of policy.  In his latest work he advocates a carbon tax of $31 per tonne in 2015, increasing at 3% per year over the following century.  This too would result in more than 3º warming.  To give a sense of how modest his suggestion is, consider that, in the same paper, Nordhaus calculates that the most efficient carbon tax to limit warming to 2.5º is between $107-184 per tonne depending on assumptions.  The target of the Paris Accord is 2º, and most scientists consider this an upper bound for the amount of warming we should permit.

What do these “optimal” tax numbers mean?  Based on the carbon content of gas, each $1 carbon tax translates into a one cent tax on a gallon of gas at the pump.  If we adopted Nordhaus’ suggestion for carbon pricing, the result would be minuscule compared to the year-to-year fluctuations in energy prices due to other causes.  In other words, while his prize is being trumpeted as a statement from the Swedish bankers on the importance of climate change, in fact he is a key spokesman for the position, rejected by nearly all climate scientists, that the problem is modest and can be solved by easy-to-digest, nearly imperceptible adjustments to energy prices.  If we go down his road we face a significant risk of a climate apocalypse.

But Nordhaus is not the only climate economist on the block.  In fact, he has been locked in debate for many years with Harvard’s Martin Weitzman.  Weitzman rejects the entire social-cost-of-carbon approach on the grounds that rational policy should be based on the insurance principle of avoiding worst-case outcomes.  His “dismal theorem” demonstrates that, under reasonable assumptions, the likelihood of tail events does not fall as rapidly as their degree of catastrophe increases, so their expected cost rises without limit—and this applies to climate scenarios.  (I explain this graphically here.)  Not surprisingly, Weitzman’s work is often invoked by those who, like me, believe much more aggressive action is needed to limit carbon emissions.

It also happens that Weitzman is a giant in the field of environmental economics quite apart from his particular contribution to the climate debate.  He did the original work on environmental policy under uncertainty and has contributed significantly to other areas of economic theory.  (His analysis of the uncertainty problem is explained here.)  Even if the greenhouse effect never existed he would be a candidate for a top prize.

Because of this, whenever economists speculated on who would win the econ Nobel, the Nordhaus scenario was always couched as Nordhaus-Weitzman.  (For a recent example, see Tyler Cowen, who adds Partha Dasgupta, here.)  It seemed logical to pair a go-slow climate guy with a go-fast one.  But as it happened, Nordaus was paired not with Weitzman but Paul M. Romer for the latter’s work on endogenous growth theory.  I won’t take up Romer’s contribution here, but what is interesting is that the Riksbank committee chose to yoke together two economists whose work is only loosely related.  I can’t recall any forecaster ever predicting a joint prize for them, no matter how much commentators have scrambled to justify it after the fact.

The reality is this is a nonprize for Weitzman, an attempt to dismiss his approach to combating climate change, even though his position is far closer to the scientific mainstream than Nordhaus’.  An example of the enlistment of the uncritical media in this enterprise is today’s New York Times, where Binyamin Appelbaum writes:

Mr. Nordhaus also was honored for his role in developing a model that allows economists to analyze the costs of climate change. His work undergirds a new United Nations report on the dangers of climate change, released Monday in South Korea.

Wrong.  The work Nordhaus pioneered in the social cost of carbon is mentioned only twice in the IPCC report, a box in Chapter 2 and another in Chapter 3.  The reason it appears only in boxes is that, while the authors of the report wanted to include this work in the interest of being comprehensive, it plays no role in any of their substantive conclusions.  And how could it?  The report is about the dangers of even just 1.5º of warming, less than the conventional 2º target, and far less than the 3+º Nordhaus is comfortable with.  Damages are expressed primarily in terms of uninhabitable land and climate refugees, agricultural failure and food security, and similarly nonmonetary outcomes, not the utility-from-consumption metric on which Nordhaus’ work rests.

The Nordhaus/Romer combo is so artificial and unconvincing it’s hard to avoid the impression that the prize not given to Weitzman is as important as the one given to Nordhaus.  This is a clear political statement about how to deal with climate change and how not to deal with it.  The Riksbank has spoken: it wants a gradual approach to carbon, one that makes as few economic demands as possible.