Lambert here: I’ve never understood this fetish for certainty. Aren’t the Captain of Industry, the animals of spirit, the colossi of capital who bestride our globalized world, supposed to thrive on risk-taking, innovation, and disruption? And aren’t these uncertainty measures ripe for gaming via cognitive capture?

The global economy is growing, but so is uncertainty. This column presents a new quarterly index of uncertainty for 143 countries. The World Uncertainty Index reveals how uncertainty in the world has evolved over time, whether it is synchronised across countries, and how it compares across income groups and political regimes.

So, the global economy is growing, but so is uncertainty. Headlines that have appeared in the Financial Times in 2018 include: “Stocks unsettled by global trade uncertainty”, “Counting the costs of Brexit uncertainty”, “Latin America faces up to growing uncertainties”, “Italian bonds under pressure from budget uncertainty”, and “Boeing deal with Embraer faces political uncertainty”.

We constructed the World Uncertainty Index (WUI) – a quarterly index of uncertainty – for 143 individual countries from 1996 onwards. The WUI is defined using the frequency of the word ‘uncertainty’ (and its variants) in the quarterly EIU country reports. To make the WUI comparable across countries, the raw count is scaled by the total number of words in each report.

In contrast to existing measure of economic policy uncertainty, two factors help improve the comparability of the WUI across countries:

The process through which the EIU country reports are produced helps to mitigate concerns about the accuracy, ideological bias, and consistency of the WUI. But we only have one EIU report per country per quarter, meaning there is potentially quite large sampling noise.

This dataset allows us to establish five key facts:

1. Global uncertainty has increased significantly since 2012. Figure 1 shows that average uncertainty has increased since 2012, well above its historical average (computed between 1996 Q1 and 2010 Q4). The index spikes near the 9/11 attacks, the SARS outbreak, the second Gulf War, the euro area debt crisis, El Niño, the Europe border-control crisis, the UK referendum vote for Brexit, and the US presidential elections.

Interestingly, while text-based measures of uncertainty have been rising since the early 2000s, financial market measures rose until about 2010, but have fallen back to low levels (Pastor and Veronesi 2017). 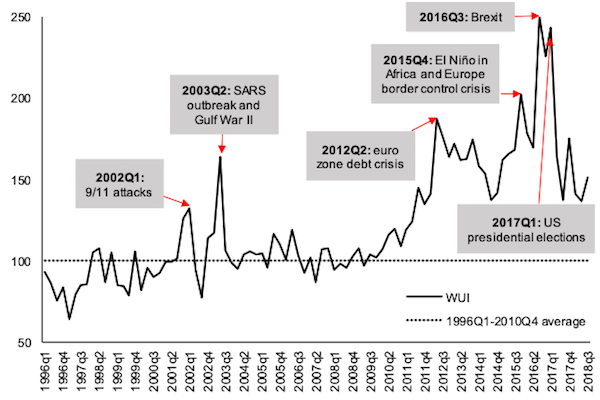 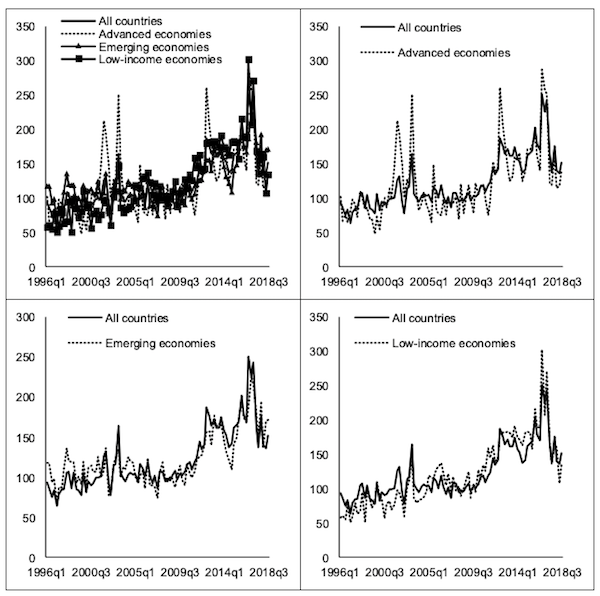 3. Uncertainty is higher in emerging and low-income economies than in advanced economies. You can see this in Figure 3. There is significant heterogeneity. For example, the WUI for the UK, because of the increase in uncertainty associated by the vote in favour of Brexit, is higher than those of many emerging market and low-income countries. 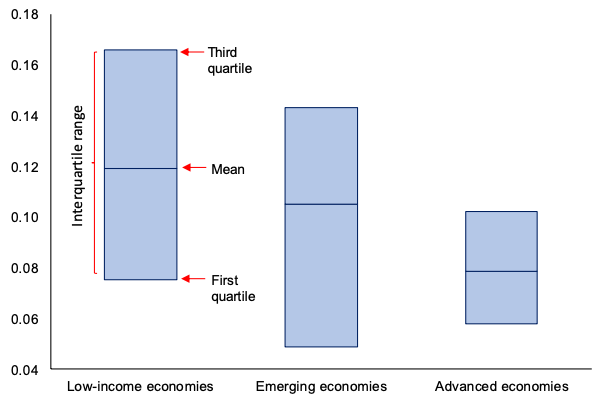 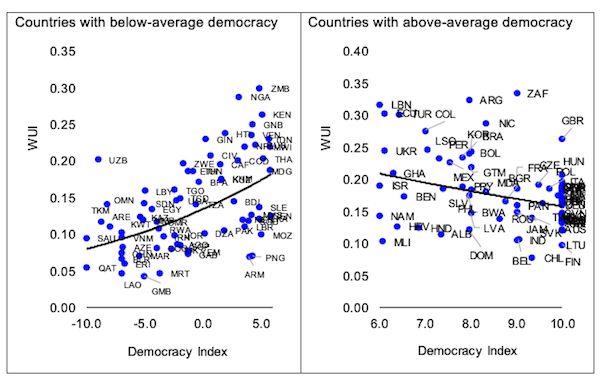 5. Increases in the WUI foreshadow significant declines in output. This is shown in Figure 5, which runs a standard panel-VAR estimation on GDP growth on shocks to the WUI uncertainty country-level index. 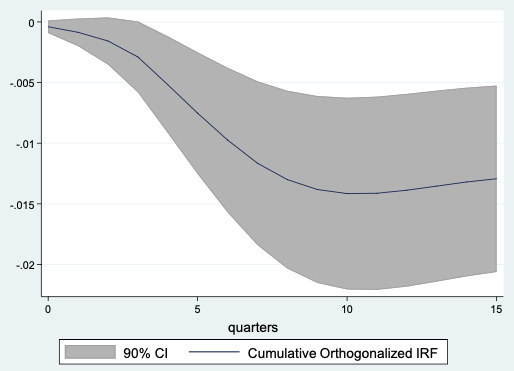 Source: Ahir et al. (2018).
Note: VAR fit to quarterly data for a panel of 46 countries from 1996 Q1 to 2013 Q2. Impulse responses of GDP to a one-standard deviation increase in the WUI – equal to the change in average value in the index from 2014 to 2016 – based on a Cholesky decomposition with the following order: the log of average stock return, the WUI and GDP growth. The specification includes four lags of all variables. Country and time fixed effects are included.

We believe that this dataset can be extremely valuable to researches for many applications.