Boeing’s automatic trim for the 737 MAX was not disclosed to the Pilots Leeham News. Important. “[T]he 737 MAX no longer has the docile pitch characteristics of the 737NG at high Angles Of Attack (AOA). This is caused by the larger engine nacelles covering the higher bypass LEAP-1B engines.” Speculating freely: I have often wondered if the civilian aircraft industry is reaching some sort of limit or tipping point: The gigantism of the A380, the Rolls-Royce Trent engines that are so troublesome, the on-going deterioration of outsourced maintenance and atrophy of flying skills…. Perhaps pilots and other airline personnel would care to comment?

Farms and forests could be key to curbing greenhouse gas emissions Star-Tribune (GF).

California Utility Customers May Be on Hook for Billions in Wildfire Damage NYT (Re Silc).

IMF says no-deal Brexit to cause 8% hit to UK economy Independent. Could be taken as the IMF rushing to May’s rescue, undercutting the (directionally accurate) message.

The Twisted Logic of the Jewish ‘Historic Right’ to Israel Haaretz. The headline could be seen as inflammatory, but the article is useful.

How the Generals Are Routing the Policy Wonks at the Pentagon Foreign Policy. The Atlantic Council appear in paragraph nine.

Ocasio-Cortez gets in closed-door fight with veteran lawmaker over climate change Politico. Like that’s a bad thing!

Big Oil v the planet is the fight of our lives. Democrats must choose a side David Sirota, Guardian

Educated American suburbanites powered Democrats’ ‘blue wave’ FT. In other words, the post-2018 Democrat Party will become more like the party anatomized in Thomas Frank’s Listen, Liberal!, not less. That’s not a bug. It’s a feature.

NY Republican: GOP lawmakers to back Pelosi for Speaker if she backs rule reforms The Hill. The centrist “Problem Solvers” caucus, an offshoot of No Labels (“National Leader: Joe Lieberman”).

Congratulations to Former Slipster and (Congresswoman-Elect) Porter! Credit Slips. All power to the blogosphere!

Florida orders first ever statewide hand-recounts as legal fights continue Tampa Bay Times. Only of undervotes and overvotes, and not for the Governor’s race.

CMS may allow hospitals to pay for housing through Medicaid Modern Healthcare. “In a speech supported by the Hatch Foundation for Civility and Solutions and Intermountain Healthcare in Washington, Azar said Center for Medicare and Medicaid Innovation officials are looking to move beyond existing efforts to partner with social services groups and try to manage social determinants of health as they see appropriate.”

The Best Way To Save People From Suicide HuffPo

United States Budgetary Costs of the Post-9/11 Wars Through FY2019: $5.9 Trillion Spent and Obligated (PDF) Neta Crawford, Watson Institute of International and Public Affairs (Re Silc). Q: “How ya gonna pay for it?” A: “Print money, like we do for the Pentagon.”

Rosie the CNC Machinist: American Manufacturing as a Warfare Domain War on the Rocks

Secret CIA Document Shows Plan to Test Drugs on Prisoners ACLU. “CIA doctors decided that waterboarding actually ‘provided periodic relief’ to a prisoner because it was a break from days of standing sleep deprivation.” Somebody should ask Spanberger, et al., about all this.

Julian Assange has been CHARGED: Justice Department inadvertently reveals they have prosecuted the WikiLeaks founder under seal and US authorities are preparing to arrest him Daily Mail

Everyone Believed Larry Nassar: The predatory trainer may have just taken down USA Gymnastics. How did he deceive so many for so long? New York Magazine

The Great National Circus Eric Foner, LRB. “From the mid-1830s to the outbreak of war in 1861, Freeman counts more than seventy violent incidents – duels, fistfights, stabbings – in the halls of Congress and the surrounding streets.” Civility problems, eh? 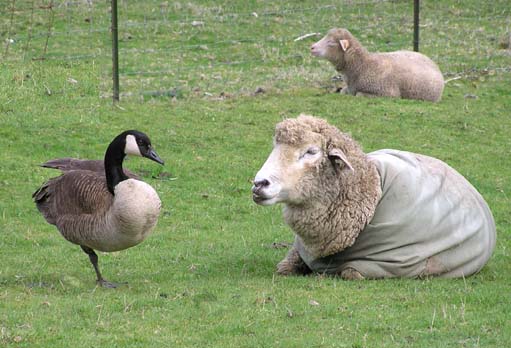