Don’t be a turkey: Keep grease out of sinks, wipes out of sewer pipes Minnesota Pollution Control Agency (Chuck L)

Garfield the tomcat has a lucky escape The Nation Thailand (furzy). This is the sort of thing that would normally be a story only in a very small town..

Romaine lettuce is not safe to eat, CDC warns U.S. consumers Washington Post (J-LS) Says a lot about the US that they can’t isolate this even a bit.

Why Stimulus Isn’t Working in China Bloomberg (furzy). From earlier in the week, still germane.

FRESH EURO NUMBERS: Three out of four Europeans see the euro as a good thing for the EU as a whole, according to an annual Eurobarometer survey previewed by Playbook. That, for the second year running, is the highest proportion since people started using the EU’s cash. The highest “good” mentions for the euro overall come from Ireland, Luxembourg, Slovenia and Spain — all above or equal 80 percent. The least convinced are the citizens of Cyprus, Italy, Belgium and France — but there’s still a majority in favor of the common currency in all 19 countries.

Good for my country? The survey polled 17,000 or so people in eurozone countries. Sixty-four percent of them said the common currency is good for their nation. The biggest surprise and biggest change from 2017? Fifty-seven percent of Italians think the euro is a good thing for Italy — up a substantive 12 percentage points. Here’s the most telling chart from the survey

Spain threatens to reject Theresa May’s Brexit deal over Gibraltar Independent (Kevin W). Here this was supposed to have been settled. Oopsie.

Russia, West clash over chemical arms watchdog’s new powers AFP. Kevin W: “This is going to cause some serious trouble.”

Syria – Back In The Arab Fold Moon of Alabama

Saudi official hints at Qatar-canal announcement The National. UserFriendly: “lol this is what it looks like when a spoiled brat throws a temper tantrum while he just so happens to be crown prince.”

‘Our advice? Stay inside and shop online where you can, be aware that most of the best deals are stocked in hilariously low quantities and don’t be stubborn and buy some no-name Android tablet just because the sign says it’s 80 percent off and, well, they’re out of the TV you wanted anyway.’ My advice? Stay away from the boatload of spyware gadgetry featured in this TechCrunch piece. An actual TV deal would have been a refreshing outlier here. If I didn’t – cough – know better, I’d surmise that TechCrunch is getting paid by the likes of Amazon to push the latter’s line of spyware products.

California’s Wildfires Could Mean a Generation of Lung Problems FiveThiryEight

Where to avoid if you don’t want to be shot in America Guardian (Dr. Kevin)

‘In other words, the overall banking system is not at risk, the megabanks are not at risk, and no bailouts are needed. But the most vulnerable consumers – we’ll get to why they may end up at smaller banks – are falling apart … The real problem with credit cards isn’t the banks – credit card debt is not big enough to topple the US banking system. It’s the consumers, and what it says about the health of consumers.’ The analysis of Wells Fargo’s cost of funding was interesting – average cost of funding $1.73 trillion in loans was a mere 0.87%.

High score, low pay: why the gig economy loves gamification Business Guardian. JTM: “’I can pay half the working class to kill the other half.’ Not much has changed.”

Antidote du jour. Stephanie: “This is my cat Leo, I caught him in the middle of his bath!!! And he was REALLY enjoying his bath!!!” 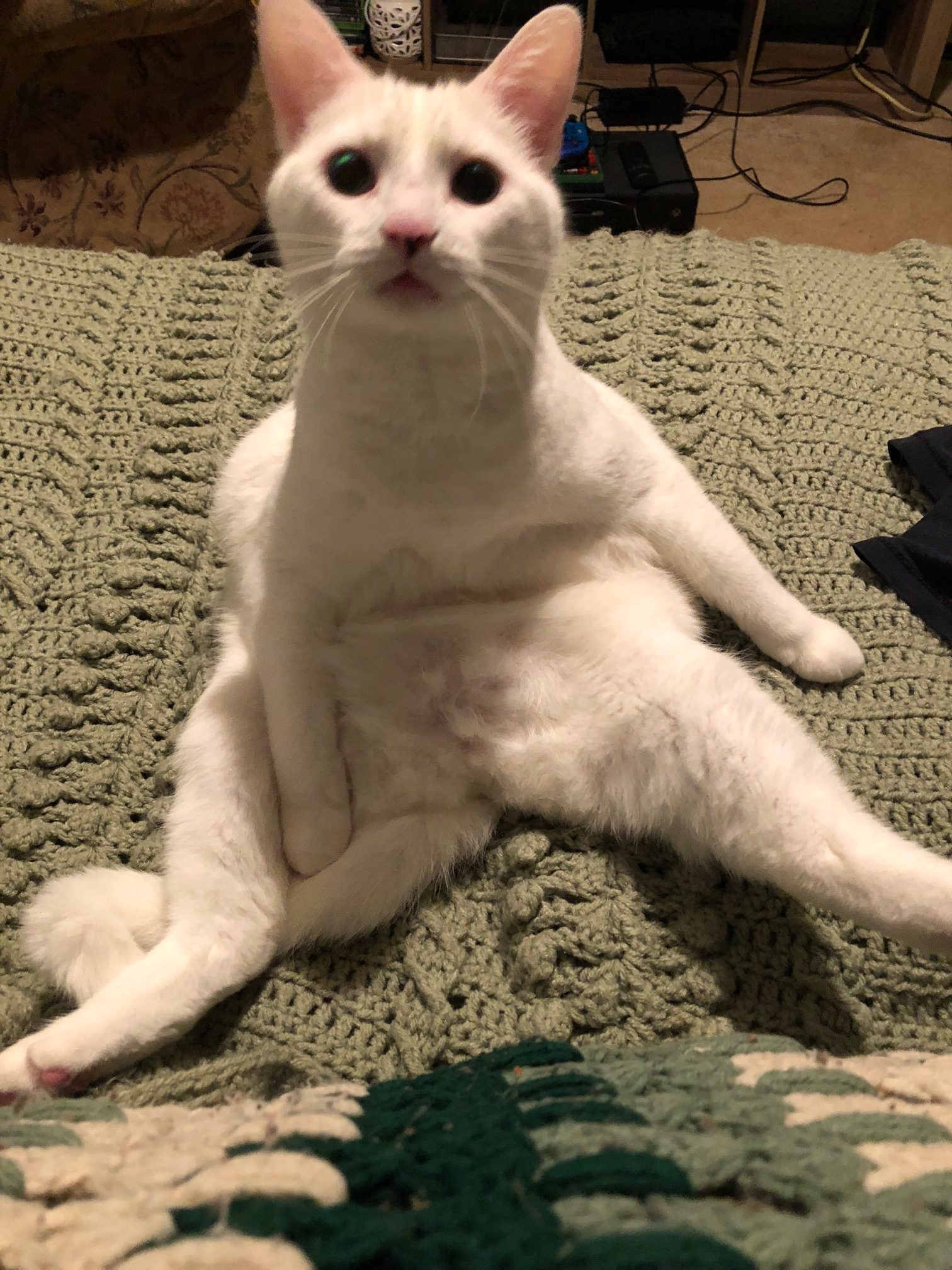