Asian ticks have arrived in the United States, and they’ve brought disease with them BGR

Brexit: it’s a strange old world Richard North. About this article in The Times, Europe ready to offer Britain more time for a softer Brexit, which despite the attempt to position it otherwise, looks to be from UK sources (the “Norway-style” is a tell). No other media outlet has reported or independently confirmed it. Given The Times’ particularly poor record on Brexit (breathless pieces on major developments that were dead wrong), I would not treat this as gospel.

One hundred Tory MPs denounce Theresa May’s Brexit deal as the value of her ‘sell the deal’ tour is questioned. Telegraph. Her personal selling has never worked well.

Why Everything You’ve Read About Ukraine Is Wrong Forbes. 2014 piece recommended by Olga.

By Terminating the Treaty of Friendship with Russia, Ukraine Renounces Its Territorial Integrity Vineyard of the Saker (furzy)

CNN Submits to Right-Wing Outrage Mob, Fires Marc Lamont Hill Due to his “Offensive” Defense of Palestinians at the UN Glenn Greenwald, Intercept

Ukrainian leader calls on NATO to send warships after clash with Russia abc.net.au. Kevin W: “Not a good idea. The average depth of the Sea of Azov is about 20 feet while the draft of a Arleigh Burke-class destroyer is 30.5 feet.”

Home Routers Under Attack by NSA-Spawned Malware: What to Do TomGuide (David L)

Keep this in mind amid attempts to spin today's Michael Cohen plea over Trump Tower Moscow into a huge development: all of its details were revealed long ago, and it reads not as collusion thriller, but as slapstick buddy comedy starring Cohen & Felix Sater. https://t.co/2bfwhTd4pr

Bernie Sanders not stepping into Senate Energy void as liberals fear Manchin Politico. UserFriendly: “lol I love how this all gets pinned on Sanders.”

Sheryl Sandberg Is Said to Have Asked Facebook Staff to Research George Soros New York Times. Notice FB had the head of communications, Elliot Schrage, fall on his sword to protect Sandberg. Looks like that may not be enough to save her.

Mark Zuckerberg Has Lost Control of Facebook Project Syndicate (David L). The standard “I’m the CEO and I know nothing” defense catches up with Zuck.

Sedans Aren’t Dead. American Sedans Are: The supremacy of Japanese cars has been 40-plus years in the making. Joe Nocera, Bloomberg

‘This Is About Systematically Impoverishing People’ FAIR (UserFriendly)

Calling for Policies That Work for World’s Children, “Not a Handful of Billionaires,” Bernie Sanders Delivers Keynote Address at Sanders Institute Gathering CommonDreams

Antidote du jour. Tracie H: “Pleeeeeease, may I have another biscuit?’ (Merlyn)” 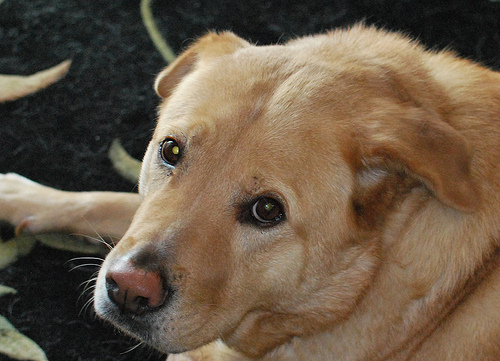 A very special and beautiful moment!

This 59-year-old chimpanzee was refusing food and ready to die — until she received one last visit from an old friend.