In less than a month, France’s gilets jaunes (yellow vests) have gone from being a celebrated example of Facebook’s ability to power a spontaneous revolution to a cautionary tale of how social networks can be manipulated by outsiders to provoke outrage and sow dissent. But in both of these extreme scenarios, the central actors lie outside France, whether it’s the platforms based in Silicon Valley or the suspected propagandists in Russia.

Because the gilets jaunes phenomenon couldn’t be connected to one particular trade union, political party or any other national organization, many looked to the role of the Internet to explain the emergence and diffusion of the protest movement, symbolized by the yellow safety vests that activists wear. 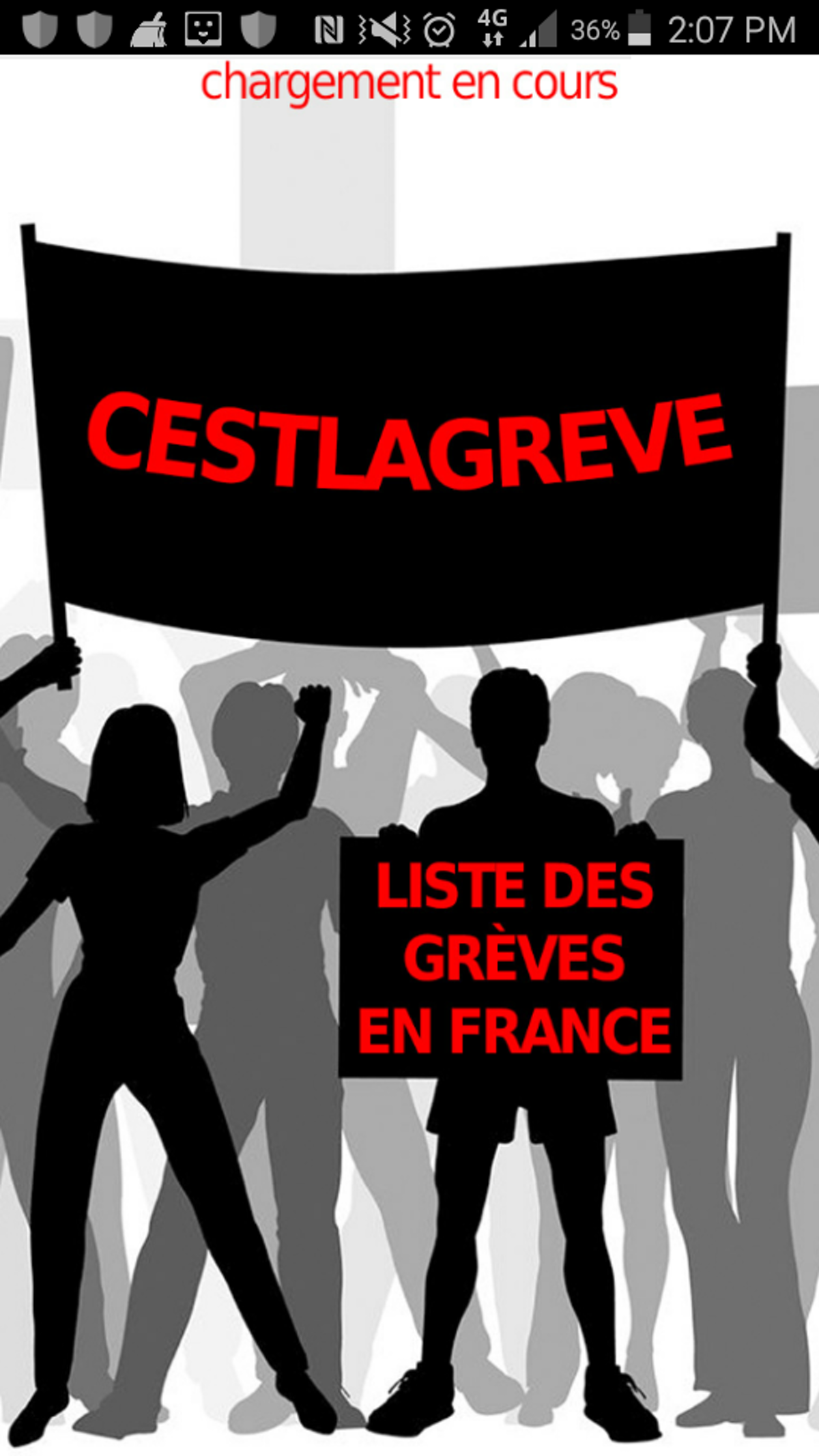 The French are accustomed to protests that are scheduled well in advance. There’s even an app called “C’est la grève” that announces strikes, be they with the railways, schools or elsewhere.

There’s an orderly fashion to so-called disruptive manifestations (as protests are referred to in French), but the gilets jaunesmovement hasn’t followed the rules. So who exactly broke the rules? An easy answer has been the Internet.

In many ways, that’s the point of the gilets jaunes: they’re breaking the rules. Not only did they bypass traditional organizations, but they have accused the Parisian establishment, particularly President Emmanuel Macron, of being elitist and out of touch with the economic struggles of working-class people, particularly those in rural areas. They are not anti-tax in principle or even anti-government intervention, but they are against the type of decision-makers who supported an increase in the tax on diesel fuel without understanding how challenging it has been for people in the countryside to survive – they’re struggling because they have to drive farther and farther to get to fewer and fewer jobs, with wages that have not kept up with the costs of living.

And since existing institutions weren’t responding to these everyday needs, the protests that erupted in November have expanded to broader economic and political demands. But how did this movement happen? If it wasn’t existing organizations, many have said, it must be the Internet. A common example of this argument stems from the viral Facebook videos by Jacline Mouraud, a digitally savvy musician who lives in north-western France and early on encouraged people to protest.

The Revolutionary Power of Social Media Is Wishful Thinking

Both scholars and journalists have argued that digital technology, rather than organizations, drive modern social movements. A decade ago, commentators dubbed the Iranian Green Movement in 2009 a “Twitter Revolution”. Soon after, many suggested that a “Facebook Revolution”drove protests in Egypt. Scholars also claimed that the Internet was key to the 2011 anti-austerity movement in Spain and the American “Occupy Wall Street” movement.

More recently, with the Women’s March against Trump in 2017 or the gilets jaunes in 2018, the same argument is put forth. As a sociologist who researches social media, social movements and social class, I was not surprised at the overblown credit given to Facebook with these latest movements. Still, le sigh. Again?

Yet over the past two years, this celebration over digital technology’s role in political participation took a dark turn. From Trump’s toxic tweets to Brexit’s online cesspool, the role of far-right outfits like Cambridge Analytica and Facebook itself came to light in fomenting far-right movements. And the French foreign minister recently announced an investigation into fake news and Russian manipulation of the gilets jaunes. What was once a horizontal digital army of white knights out to save the day was all of a sudden a horde of bots and hacks orchestrated by authoritarian institutions. Yet many still want to put faith in the Internet over institutions.

But both of these views, whether digital utopianism or dystopianism, fail to acknowledge people on the ground and their existing networks, as well as the fact that populist movements that seem to arise out of nowhere are not new to the digital era.

Without a doubt, the spread of information during a time of upheaval is certainly faster with the Internet. And the gilets jaunes are no exception. But do we call the French Revolution a “letter” movement? The American civil rights movement a “mimeograph” revolution? The Internet is a communications tool. An efficient one, but it’s still a tool.

Every radical movement has had their communication tools, such as radio with the French Resistance, yet those coded messages in the 1940s needed a network on the ground to make sense of them and respond. Many of the gilets jaunes protests at traffic circles (ronds-points, as they’re called in France) were organized by people who were already connected on Facebook through other ties or who work and live together in the same small towns.

Populist movements like the gilets jaunes often have spikes of initial protest without necessarily having formal organizations that link people together, or what scholars like to call “weak ties”.

Yet existing institutions and networks, from the connections made by France’s Nuit debout movement to traditional unions of teachers and transport workers, were inspired to spread the news of the gilets jaunesduring the emergence period of this movement. And the word “inspired” is the operating word here, as the gilets jaunes movement has motivated these organizations to not only participate in the protests but to take bolder stands on their own issues, such as the current teacher strikes and school occupations over the high school reforms.

And what is often forgotten is the still-critical role that traditional mainstream media play in disseminating information, such as the conservative French newspaper Le Figaro, which has run sweeping coverage of the protests since their inception. And French nightly television news has run non-stop footage and analyses of the protests.

Behind the Hashtags Are Community Ties and Structural Inequalities

But how can the gilets jaunes movement sustain itself? From the analysis and research presented in my upcoming book, The Revolution That Wasn’t: How Digital Activism Favors Conservatives (Harvard University Press), I found that over time, movements that have resources and infrastructure are more likely to harness the power of the Internet, and conservatives tend to have an advantage in this regard. Over the long run, it takes focused time and expertise to maintain online participation for social movements. Hierarchical, not horizontal, groups are more likely to be able to do this. Simply, more, not less, organization is required for digital activism to endure in a movement.

Yet I am not arguing that the gilets jaunes was sparked by a conservative organizational bureaucracy. Quite the contrary. It is an organic popular movement that wants the government to be more, not less, involved in improving the lives of the working-class. Yet we can already see how institutions, such as Jean-Luc Melenchon’s left-leaning La France Insoumise movement, have tried to fill the vacuum of this so-called leaderless movement. In the absence of a strong grassroots organization, others will take over, including orchestrated dis-information digital campaigns.

But nor is propaganda new to political movements. The problem with the pendulum swing of “Hooray, the Internet connects!” to “Boo, the Internet deceives!” is that neither explanation for protest takes into account the community ties before the protests began but more importantly, the broader structural crisis that brought people together in the first place.

This is a movement that is linked to power and economic differences – not just people feeling a financial squeeze at the end of the month but also eyeing the growing inequality between the elites and the working class all over France. And they’re not spending valuable time at protests or risking arrest because they are dupes to fake news. They are embedded in a societal context that drives their participation.

When I first moved to France in 2014 after studying populist movements in the United States – from Occupy Wall Street to the Tea Party – I was curious why there hadn’t been a strong left-wing populist movement in France like in Spain, the US or much of the western world in 2011.

I soon began to understand that despite the emergence of movements like Nuit debout and other protests against the “Loi travail” (a law that loosened worker protections), France’s social system was able to weather the storm of the economic recession that had plagued other countries. So even though digital activism was alive and well in 2011, a strong movement against neo-liberal policies had not yet emerged. Simply put, a popular movement drives Internet use. Not the other way around.