Bill Clinton was impeached 20 years ago. What was going on in Washington, D.C., that day? Business Insider

The contest for the worst air pollutant The Conversation

Is this the beginning of the end for traditional Christmas shopping? TreeHugger

How to avoid overspending: uncover the psychology behind why people buy The Conversation

NY State Residents Will Get $62.5 Million In Settlement For Terrible Broadband Motherboard. Okay, New York consumers will get a refund – but when will they see better broadband? Whenever I return to NY, I’m shocked at how these and other digital services lag compared to much of the rest of the world – even in economies perceived as far less advanced than that of the US.

Uber gets approval from Pennsylvania to resume self-driving testing Reuters

Are We Ready to Lose Afghanistan? American Conservative

Did The Washington Post pull its punches on Amazon and USPS? Columbia Journalism Review

This Isn’t News. This Is War Crimes Apologia. Caitlin Johnstone. Minces no words.

Brexit: a taste of chaos EUReferendum.com

Khadi Workers on ‘Satyagraha’ Against Government Neglect The Wire

Can We Just Have Medicare for All Already? Jacobin

Republicans Killed Much Of Obamacare Without Repealing It FiveThirtyEight

Erdogan sees China as a partner for the future Asia Times

Why We Cannot Nominate a Young Person in 2020 Benjamin Studebaker

Trump retreats on shutdown The Hill

Trump Foundation to shut down under agreement with New York attorney general Politico. Okay, Barbara Underwood, seems that you’ve notched a victory. Next up, the Clinton Foundation. Barbara? Barbara?

Antidote du Jour. Jerri-Lynn here: This antidote reminds me of the several winters I spent as a skibum in Whistler, BC. On the banks of the river near Squamish – a town part  way up the Sea and Sky Highway between Vancouver and Whistler – several thousand bald eagles roost each winter. Squamish Environment Society Eagles

Eagles were there much more common than songbirds during the winter months. The DDT ban has allowed populations of bald eagles and ospreys – my favourite North American raptor – to recover. I shot many wonderful eagle images; alas, those are on film and I’ve yet to digitize them, so I cannot share any of my own eagle photos here.

I like this one, although I don’t know where it was taken: 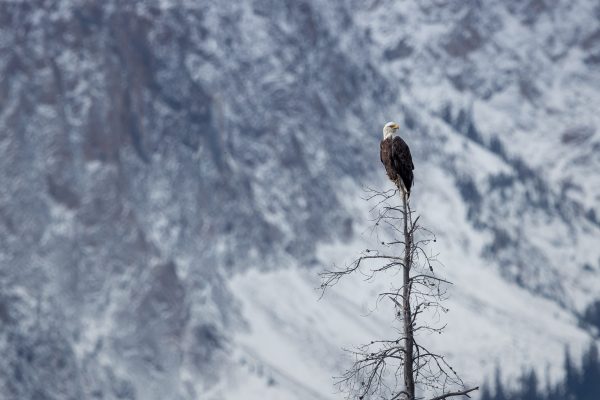