New questions over Elon Musk’s use of SpaceX resources for Boring Co. MarketWatch. We have entirely too many squillionaires doing stupid things with our capital, even putting looting and fraud to one side.

AI-5 and the forbidden future of Brasil BrasilWire

Facing opposition, UK’s May will bring Brexit deal back to parliament Reuters. January 14.

Rolls-Royce to Switch Work to Germany Over Brexit Industry Week

Xi Jinping: China to stick to Communist rule and its own path to cope with ‘unimaginable’ perils SCMP. Wait. That was even an issue?

A Texas Elementary School Speech Pathologist Refused to Sign a Pro-Israel Oath, Now Mandatory in Many States — so She Lost Her Job Glenn Greenwald, The Intercept (KW). Sounds like “meddling.”

Are We Ready to Lose Afghanistan? The American Conservative

Dangerous Liaisons The National Interest. Lunatics in The Blob seem to want us to fight a two-front war, when war on a single front would be lunatic enough.

Russian 2016 Influence Operation Targeted African-Americans on Social Media NYT (UserFriendly). Our darkies were contented and quiet until those outside agitators came in.

The Maria Butina Case Is Not About Spying Leonid Bershidsky, Bloomberg

A government shutdown is looming, but you may hardly notice McClatchy

Congress told it can’t interview agents who detained 7-year-old migrant girl who died USA Today. Mr. Counter-Suggestible speaks: I’ve been wary of heart-tugging stories about children told in bad faith ever since the story about Iraqi babies being pulled out of incubators — told before Congress by a charismatic 15-year-old girl who, as it was disclosed years later, was the daughter of the Kuwaiti ambasssador — was used by Bush the Elder to sell the first Gulf War. In this case, wIth good reason. (And don’t @ me about being heartless. The United States has whacked plenty of faraway brown children, but as statistics, not tragedies.)

Why is no one treating Bernie Sanders like the Democratic front-runner? Spectator USA

Chuck Schumer Refuses to Endorse Medicare for All Truthdig. As I keep saying, naturally: Preventing #MedicareForAll is the liberal Democrats’ #1 policy goal.

The latest ACA ruling is raw judicial activism and impossible to defend Nicholas Bagley, WaPo. Bagley writes: “In [U.S. District Judge Reed O’Connor’s] view, the penalty-free mandate still amounted to a coercive exercise of government power…. An unenforceable instruction to purchase insurance is not coercive in the slightest.” This is a separate argument from the taxing power argument (more at NC here). O’Connor wrote (pp 29-30): ‘[T]he Individual Mandate fixes an obligation. The Individual Plaintiffs assert they feel compelled to comply with the law… This should come as no surprise. ‘It is the attribute of law, of course, that it binds; it states a rule that will be regarded as compulsory for all who come within its jurisdiction.’ Law therefore has an enormous influence on social norms and individual conduct in society.” In other words, Bagley’s “in the slightest” is, well, over-taxed. Ask liberals yammering about The Norms That Must Not Be Violated whether norms are or are not, “in the slightest,” coercive. (It’s also odd, or would have been odd, for a liberal to assert that the citizenry don’t see being law-abiding as a value in itself, and will only obey the law when threatened.)

Violated: How the Indian Health Service betrays patient trust and treaties in the Great Plains Argus-Leader

Small assault-style rifle firms thriving under activists’ radar Reuters (EM). EM comments: “The irony of course being that such products are one of the few remaining areas where domestic manufacturing is thriving. So the next time your hear one of the globalist-shill papers like the NYT opining (cf. Sunday’s Links) that ‘we simply don’t have the manufacturing culture’ to build e.g. Apple products, here is your proof that that argument is BS, and that a proper long-term-outlook national industrial strategy could put many millions of Americans to work manufacturing items that are in demand, high-tech and rather less lethal than assault weapons.”

The Death of Global Order Was Caused by Clinton, Bush, and Obama Foreign Policy

Liberalism in Theory and Practice Jacobin

Good News out of Kansas: A compassionate bankruptcy judge grants a 59-year-old debtor a partial discharge of her student loans Condemned to Debt (UserFriendly). 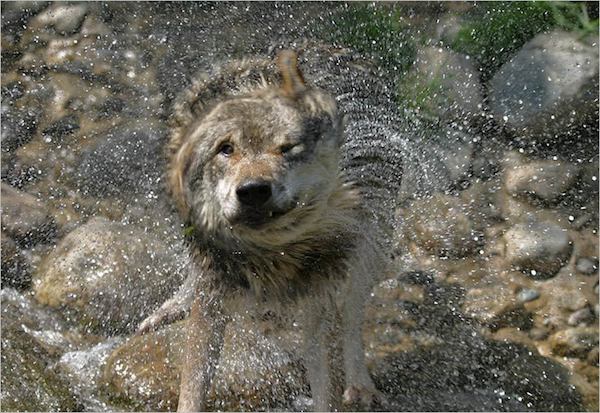