Happy Australia Day! Kiss a ‘roo, or if you can’t do that, toast with some Shiraz or antipodean sparking! I really miss Sydney.

And big thanks to Izabella Kaminska of FTAlphaville, who linked to our post on the Tepper Tantrum.

This Valentine’s Day, give the gift that lasts: A hissing cockroach Grist. The video reminds me why I had as much enthusiasm for dating as for getting a root canal.

BIS trolls bitcoin
BIS proves scientifically that Bitcoin is a pyramid Ponzi scheme that is worth zero! https://t.co/oir5WF67jb

Muscles may preserve a shortcut to restore lost strength MPR (Chuck L). This cheered me up, having been off my regular regime this month.

Alibaba slams U.S. treatment of Huawei, efforts to curb China’s rise Reuters. Um, as if American citizens should care what Alibaba thinks? The fact that Huawei can’t get closer-to-US proxies to pump for them is telling.

Brexit might have to be delayed even if MPs approve Theresa May’s deal, Commons Leader Andrea Leadsom warns The Sun. This really is the gang that can’t shoot straight.

EU could move on ‘red lines’, says UK chancellor BBC. A unicorn that refuse to die.

Macron, whose own approval rating in France has sunk to 21%, hails the “courage” of Venezuela’s protesters while beating, arresting, tear gassing and brutally cracking down on thousands of #YellowVests protesters at home for weeks. #GiletsJaunes https://t.co/MZ3ztPuLJk

Airstrikes in Taliban Area Kill 29 Afghans Despite Peace Talks New York Times. Resilc: “We are so evil in so many ways. a non-stop hate generation machine.”

Zuckerberg is breaking promises to Instagram and WhatsApp. Be concerned. Mashable (David L)

Shutdown ends without funding for Trump’s border wall The Hill

Airport Delays Ripple Across Northeast Due to Air Traffic Controller Shortage New York Times. Wonder if this is what drove the timing of Trump’s climbdown, and not Federal worker missing another paycheck. Oh, or getting his SOTU next week?

Why Trump Will Lose in 2020 New York Times. Resile: “We will see.” Moi: Only Trump can beat Trump, but he is very capable of doing that.

A new message from Democrats: it’s time to empower workers in America Guardian (resilc) If you believe that, I have a bridge I’d like to sell you. Recall that Lambert’s analysis of 2017 Elizabeth Warren speech had her celebrating Uber as a boon for workers.

Antidote du jour. Bob: “The picture doesn’t really show it, but the white horse is huge.” 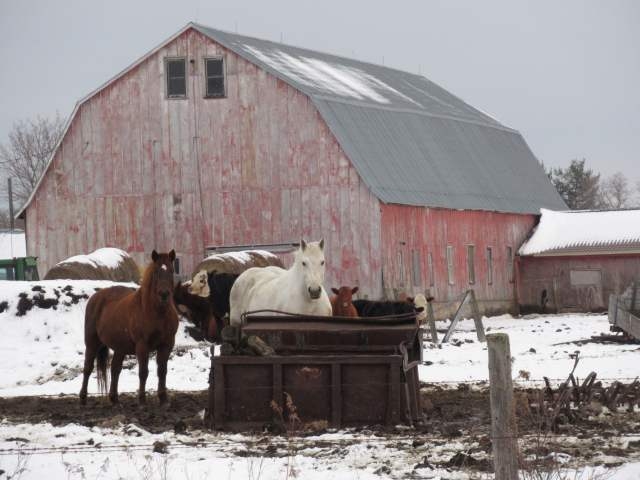 Dogs leading the cows after a hurricane. The real guardians. pic.twitter.com/pmDr95OJCd