With 37 days until Brexit, why are UK politicians defecting? Al Jazeera. Nice to see some headline writer focus on the timeline.

May and Juncker dive into Brexit fine print Politico

Antisemitism: no justification for singling out Labour Jewish Voice for Labour

Venezuelan Military Reject Trump’s Incitement to Rebel: ‘Over Our Dead Bodies’ Venezuelanalysis. Wait ’til you get to the part about Richard Branson.

How to End a Forever War Ask a Korean!

Can readers translate to confirm? Thread:

any foreign journalist paying enough attention to 一号文件 No.1 Document (always on agriculture) published yesterday? One inconspicuous but highly siginificant line there spells death sentence for village-level self-governing/democracy across China. (Yes you know you missed it)

Transnational Carceral Capitalism in Xinjiang and Beyond Made in China

Courting change in Malaysia The Interpreter

The Daily Fix: The time has come, Mr Modi, to make a strong statement against attacks on Kashmiris The Scroll (J-LS).

Understanding the Origins of the Pulwama Attack Inside Pakistan The Diplomat

What if the Mueller report changes nothing? Chris Cilizza, CNN (Oregoncharles)

The Trump campaign loved NDAs. An ex-staffer wants to nullify them with a class action. WaPo

Why Bernie Sanders Matters More Than People Think Benjamin Studebaker. “Sanders and his opponents represent two very different ideologies. Each of these ideologies wants control of the Democratic Party so that this party’s resources can be used to advance a different conception of what a good society looks like. This is not a matter of taste and these are not flavors of popcorn.”

For Sanders, 2020 will present challenges that didn’t exist in 2016 WaPo. FluffytheObeseCat: “Damned with faint praise by those who inhabit the most august quarters. Perhaps Bernie should ‘do the right thing’, and quit before he starts.”

A Centuries-Old Idea Could Revolutionize Climate Policy The Atlantic. AOC as… Alexander Hamilton. 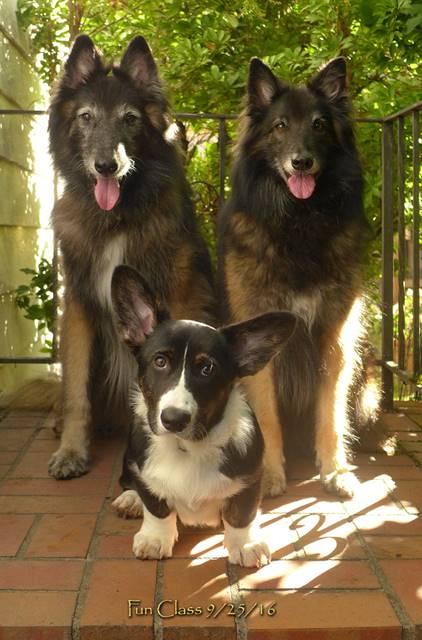 Rick writes: “Cats are fine, but…just sayin’. Here are my two Tervuren and their Cardigan sibling. Photo is copyright 2016 Rick Adams, but you are welcome to use it. To me, this is Heaven.”

VIDEO: 🇹🇷 In Istanbul, stray cats and dogs are not chased from the streets — instead authorities feed them and give them veterinary care, not only improving their health but that of residents who come into contact with them pic.twitter.com/PZPt4hqeVI