Climate Change Is Here—and It Looks Like Starvation The Nation

Opinion: Investors should no longer bet on Warren Buffett MarketWatch. If CalPERS runs true to form, they will have adopted “Buffet-ism” exactly at the moment when it has run its course.

An MMT response on what causes inflation FT Alphaville

PETER OBORNE: Why victory is within Theresa May’s grasp Daily Mail. Another such victory and we are undone…

‘Just get us out’ LRB

NEW: Letter from Jennie Formby to Tom Watson, where all Labour MPs and Lords were CCed. pic.twitter.com/9ajxyDIqup

Very British: “This continues to be coordinated by me and my team and does not require any prompting.”

Venezuela: US Resolution Fails at UNSC as Guaido Vows to Re-enter Country Venezuelanalysis

Seems to be real. Thread for India hands:

i desperately hope this r/India post is real because I stan this lady so hard pic.twitter.com/Fh2SxfakS8

Pakistan to lodge ‘eco-terrorism’ complaint against India over damage to trees from airstrikes AFP. Trees in the news!

Foxconn, a tale of slashed salaries, disappearing benefits and mass resignations as iPhone orders dry up South China Morning Post. Gonna be hard to send money home as an act of filial piety this way….

Where the investigations related to President Trump stand AP

Trump Ordered Officials to Give Jared Kushner a Security Clearance NYT. EM: “Latest MSM-generated teapot tempest – it’s been tradition to let former high officials keep their clearances long after their active government service has ended and they’ve hit the Sunday morning talking head circuit, so pretending these are normally treated as Holy Relics is absurd. But maybe a top-to-bottom review of *all* the currently-issued clearances and some sensible policies restricting their issuance going forward would be good! Just spare us the suddenly-under-Trump-this-is-an-outrage tone.” Looks to me like the Times is doing its allies in the intelligence community a solid.

Here’s Why Donald Trump Doesn’t Want Anyone To Know His Grades Or SAT Scores Forbes. Hard to think of a line of attack from deeper in the professional class bubble than this.

PHL online troll earns between P30,000-P70,000 a month, leader bares GMA News Online. Seems high; the average monthly salary of a Philippines airline pilot is P5,639. Though English skills do command a premium. Makes one wonder if US campaign strategists understand labor arbitrage. I would bet they do.

Sanders plans to weave family story into first major 2020 speech CNN. In contrast to the typical pattern, I think Sanders will tack to the center in the primary, and the left in the general.

Phone-hacking device used by police sells on eBay for $100 Engadget (EM). But don’t worry. All the data’s been wiped.

Black History Month: We got distracted, but there were high points. Here’s what we missed USA Today

How a black man ‘outsmarted’ a neo-Nazi group — and became their new leader WaPo. C. Northcote Parkinson: “Operatives assigned to the task of ability-elimination fail (through stupidity) to recognize ability when they see it. An individual of merit penetrates the outer defenses and begins to make his way toward the top. He wanders on, babbling about golf and giggling feebly, losing documents and forgetting names, and looking just like everyone else. Only when he has reached high rank does he suddenly throw off the mask and appear like the demon king among a crowd of pantomime fairies. With shrill screams of dismay the high executives find ability right there in the midst of them. It is too late by then to do anything about it.” 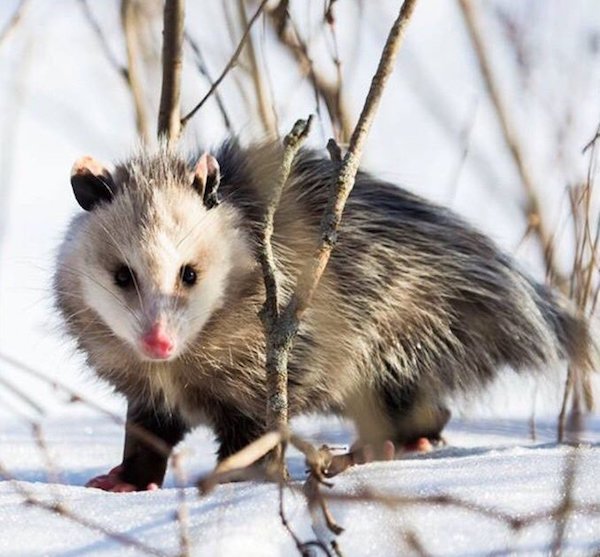