The allure of financial tricks is fading FT

Quadriga Crypto Mystery Deepens With ‘Cold Wallets’ Found Empty Bloomberg. I’m not sure it’s so much of a mystery….

The Indy Explains: Can marijuana companies use banks? Nevada Independent

May gets Brexit boost from key Tories linked to backstop RTE

France’s minorities are angry, too. But they’re mostly sitting out of the yellow vest protests. WaPo. Can our commenters on the ground in France confirm or deny?

Portugal Dared to Cast Aside Austerity. It’s Having a Major Revival. NYT (UserFriendly).

Breaking the Silence The Intercept

War on Al-Aqsa: what is the price of a Netanyahu victory? Mondoweiss (CL: “Are the Palestinians in for a wagging of the dog?”).

Venezuela’s Guaido to risk arrest as he returns home to challenge Maduro Reuters. “Our scene opens….”

Friday Song: ‘Outside World’ And Its Yearning And Heartbreak SupChina

Mueller’s Final Report Will Ignite an Epic War Over Disclosure Bloomberg (Re Silc: “What won’t?”)

House Democrats ramp up investigations of Trump The Hill. Film at 11.

Why Donald Trump could win again, by Dave Eggers Guardian (s.n.). A must-read. Trump invades Beto’s house. Note the “diversity” of the crowd, as well as the size.

#BernieInChicago chastizes the crowd for the second day in a row for chanting his name, exclaiming &quot;Nope, no no no, its not about me!&quot;

The crowd then naturally erupts into a #NotMeUs chant with a huge grin on Bernie&#39;s face &quot;That&#39;s more like it!&quot;#Bernie2020

An unflinching look at violence in Chicago The Economist

Hundreds of hospitals punished for lax safety. Here’s how to see if yours is one Ars Technica (CL). Look up your hospital.

Why Measles Is a Quintessential Political Issue of Our Time The New Yorker (KS).

Why measles is so deadly and vaccination so important Deutsche Welle

Trump’s Election and Brexit Proved “Revolt of the Public” Prophetic (interview) The Intercept (B). Former CIA analyst Martin Gurri: “The year 2011 proved to be the moment of phase change, when digital anger passed over into political action. That year saw the Arab insurgencies, but also the “indignados” movement in Spain, the ‘tent city’ protests in Israel, and dozens of Occupy movements in the U.S. All these political insurgencies began online. The public we first glimpsed when I was with CIA has since toppled dictators, smashed political parties, and of course elected outlandish populists to high office.” Interesting, but the quoted generalization is incorrect, at least for Tahrir Square, which began with Egyptian organizers (who also had a shadowy color revolution connection via OTPOR). Similarly, capital “O” Occupy in the US was preceded by a distinctly non-online series of state capital occupations. And the Carré Rouge movement in Quebec in 2012, which might be viewed as the “last gasp” of the Occupy “phase change,” began on the ground in Montréal with students rightly ticked off at tuition hikes. Substitute “became visible to CIA analysts” for “began,” and I would agree. But Gurri mistakes the pointing finger for the moon. As digital triumphalists will do. NC readers are, of course, familiar with all this, because we covered it at the time.

What Does the Radical Left’s Future Look Like? New York Magazine

‘Hillbilly Elegy’ Had Strong Opinions About Appalachians. Now, Appalachians Return the Favor. NYT (UserFriendly). “Conservative moralizing dangling off, like the price tag on Minnie Pearl’s hat” (!) is 180° wrong. The moralizing is the hat; the memoir is the dangling price tag.

You can’t do this dog’s job—but you could try to be half as good Quartz. Detector dogs. Interesting to transpose these requirements to AI.

Is Ethical A.I. Even Possible? NYT

Twilight Zone America Power of Narrative. Always good to see one of the last of the old-school bloggers still in the game. 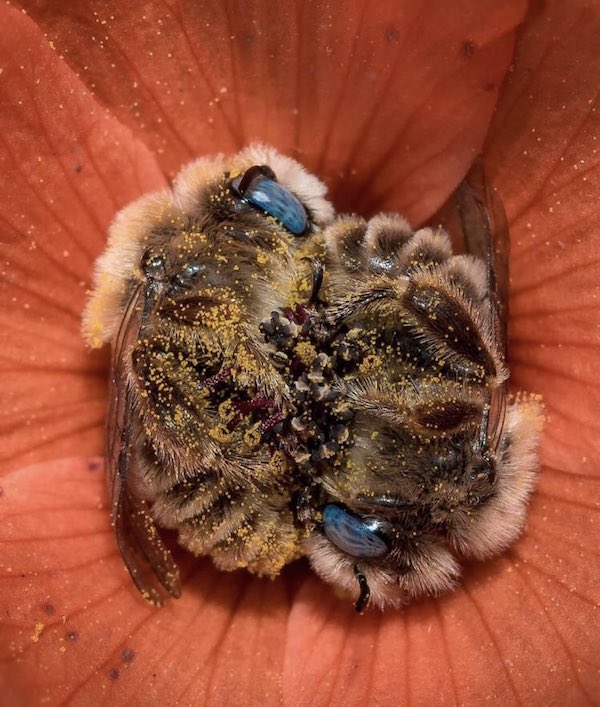