Our own Colonel Smithers was in Paris for the most recent Gilets Jaunes protests (“Gilets jaunes protests cause extensive damage on Champs-Élysées“; “Macron calls for ‘strong decisions’ after violent Yellow Jacket protests“)[1] and threw a series of emails over the transom. I’m going to put extracts from the Colonel’s mail in chronological order and add pictures that he sent; I don’t need to add any commentary, because Colonel Smithers is so lucid. 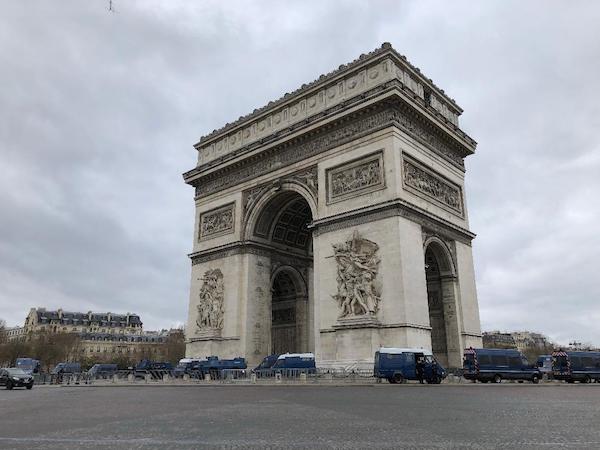 I am Paris for a long weekend and came across the Yellow Vests assembling by the Arc. I am staying nearby. Tourists are out early, avoiding any demonstrations.

The crowd seems good natured. They are chanting Manu, Manu, but it’s not threatening. There are more younger people around than my previous two encounters with the Yellow Vests.

The agents provocateurs have not arrived yet. They are usually obvious, suited and booted in black for action, probably government issue.

I am emailing from the Place des Vosges and off to the jump races at Auteuil at midday.

HSBC HQ being boarded up yesterday evening. Most buildings did not board up until nearer midnight. 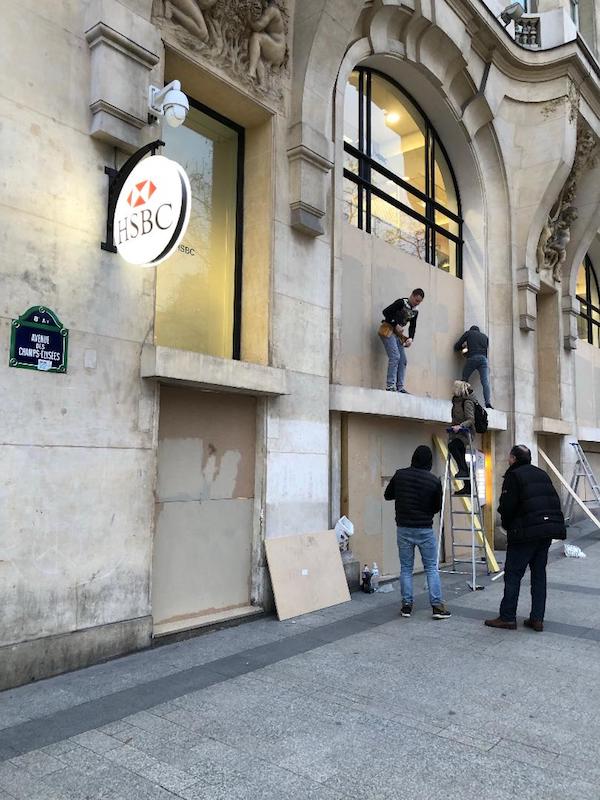 The first clashes have just happened. 20 protestors have been arrested marching to the Elysees palace.

The Metro stations around the Elysees Palace are closed. No further clashes. Locals and visitors don’t appear inconvenienced.

Overground and underground stations in the centre are closed by the police until 20:30. 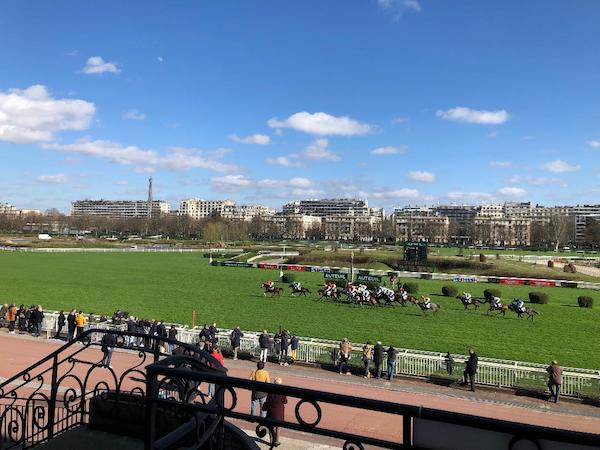 Just arrived at the races on the edge of the Bois de Boulogne. This area is well to do, aka the golden triangle. There are shanty towns along the lanes in the park.

For a racecourse that can host 30k people, there are a dozen attendees today.

Just arrived at the hotel near the Arc. I walked at the back to avoid the crowds, but the police were shooting tear gas canisters into the back streets, so I caught some.

Most protesters are drifting away. Younger men remain. More protesters of immigrant origin and more families are protesting.

Macron is skiing in the Pyrenees.

As the younger protesters are pushed away, they shout, “Castaner, nique ta mere.”[2] This is a reverence to the interior minister. 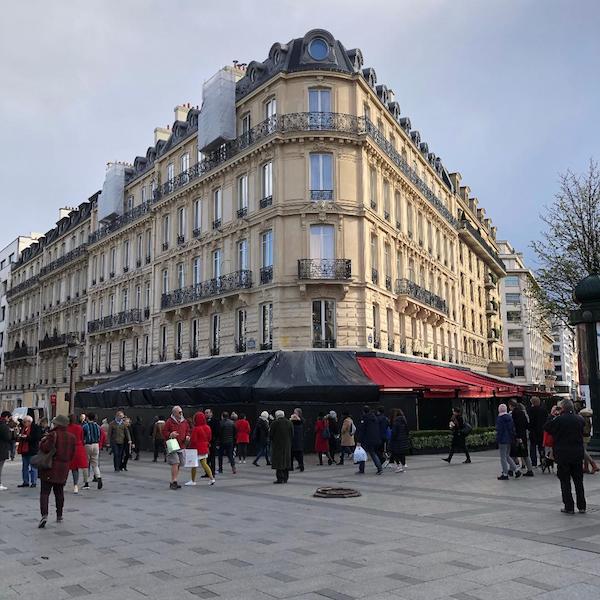 Fouquet’s, watering hole made famous by Sarko and his donors, was vandalised…. The violence now is a marked change from this morning. The “casseurs” are quite different. One hears people asking who is organising them as if there is something going on.

One hears more about the vandals being not the same as the yellow vests and also what possessed so many venues not to barricade. Last week’s protests went off without problems, but “something memorable” was planned for yesterday.

Off to mass in Latin at Notre Dame. It’s nice and sunny. There’s still a big police presence around the Champs-Elysees. 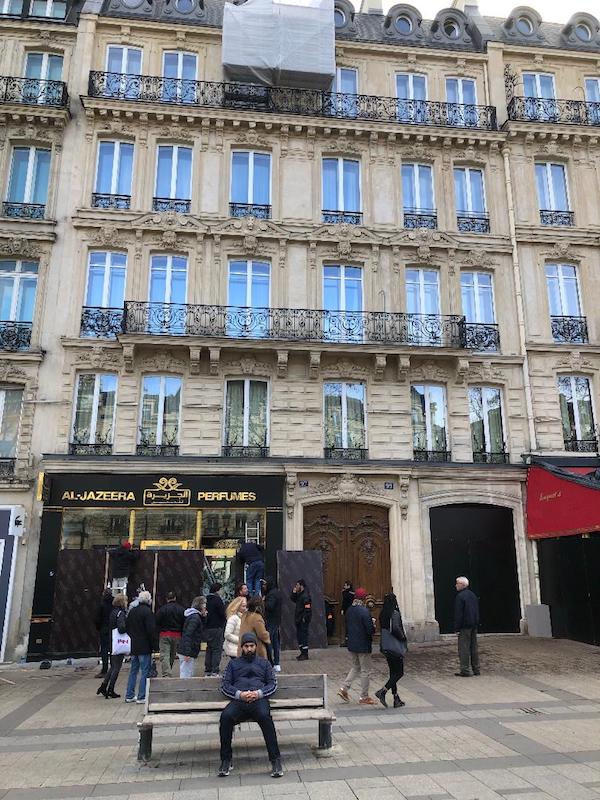 The clean up continues around the centre. There is debris, especially glass, everywhere. The police cordon around the Arc continues. Many people, local and visiting, are photographing the damage.

I hope readers will feel free to share their own views (or even experiences, if on the ground in France). I was struck first by the city; its beauty — although a beauty perhaps not unmixed to those visiting from the banlieue; the way the life of a great city will flow along and around protests, marches, even violence; and the success of the Second Empire’s Baron Haussmann, who rebuilt Paris with streets so broad they cannot be easily blocked. I was also struck by the way the protesters changed throughout the day, cycling through dull normals, through the appearance of the casseurs — black bloc? — and ending with immigrant families and youth. It’s also odd (to me) that people are photographing the damage, instead of taking selfies of it. It also seems clear that the property damage was targeted and not random; and that the police, for whatever reason, seemed powerless to stop the action. It almost seems like a new normal, or like a ground fire that burns in the earth, and only occasionally sputters to the surface (“something memorable”). But perhaps I am deceived by the lucidity of Colonel Smithers’ prose into thinking the situation was much less chaotic and dangerous than it really was.

Our thanks to Colonel Smithers!

[1] The women’s march on Versailles of October 5, 1789, started out on the Champs-Élysées. The avenue also terminates at the Place de la Révolution (now the Place de la Concorde), where the guillotine was set up. (Wikipedia’s entry, amazingly enough, omits both facts). So there’s context besides the expensive shops, parks, and imperial monument.

[2] Christophe Castaner is the Minister of the Interior; something about his mother, I think.