Patient readers, my day today is unduly dynamic and complexified. I will return tomorrow in full force. In the meantime, here are some conversation starters! –lambert

Bird Preacher. A half-truth about St.Francis (1181-1226) is that he preached to birds – like a 12th century Dr.Dolittle. The truth is he was banned from preaching to people by the Vatican. By preaching to birds & letting humans overhear he bent the rules.
Art: Giotto & unknown pic.twitter.com/C972dITioO

I saw Alien on the last long-haul I was on. Holy moly, was it terrifying (and also brilliant (and dystopian (and a corporate hellscape. It might as well have been titled Neoliberals in Space, though maybe we should leave that to Elon))). In any case, reading up on it in IMDB, I discovered that most of the truly terrifying bits had been snipped out, presumably to avoid a plane full of screaming children (and weeping adults). The chest-buster — talk about neoliberal metaphors — was in there, though. Yikes!

Readers, feel free to contact me at lambert [UNDERSCORE] strether [DOT] corrente [AT] yahoo [DOT] com, with (a) links, and even better (b) sources I should curate regularly, (c) how to send me a check if you are allergic to PayPal, and (d) to find out how to send me images of plants. Vegetables are fine! Fungi are deemed to be honorary plants! If you want your handle to appear as a credit, please place it at the start of your mail in parentheses: (thus). Otherwise, I will anonymize by using your initials. See the previous Water Cooler (with plant) here. Today’s plant (MG): 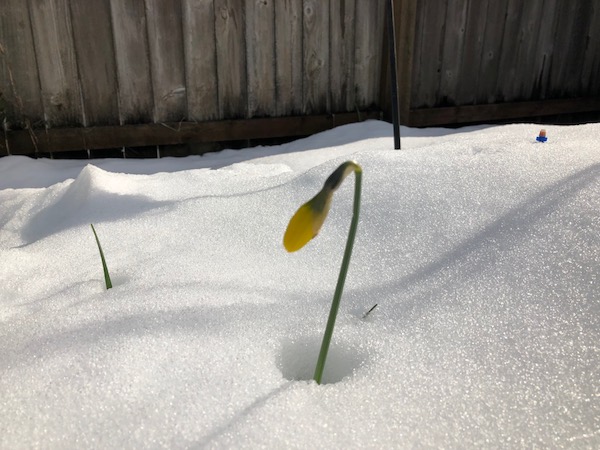 MW writes: “Just digging out from under 15” in a place where 1” is news.” Builds character! And the glint of the morning sun on fresh snow is one of the few things I still like about the white stuff.