Sickly sweet or just right? How genes control your taste for sugar The Conversation

Al Jazeera had the story of how Boeing was crapifying the 787 five years ago (Richard Smith). Thread:

Nearly five years ago we at @AJIunit broke the story of serious safety and quality concerns expressed by Boeing engineers working on the 787 Dreamliner. https://t.co/ONbXGh1DXK
— Will Jordan (@willjordan) April 23, 2019

Remember, again, that the set up for Boeing’s 737 pratfall came when it stumbled and lost its balance with the late and over-budget 787, whose manufacture was driven by management’s desire to build in union-busting South Carolina. Now that some online ticketing agencies can tell you what aircraft type your flight will use, it would be nice if they could tell you whether the actual aircraft was union-built. (Airbus is unionized in Europe, but not in its U.S. plant in union-busting Alabama).

Dominance or development? What’s at the end of China’s New Silk Road? South China Morning Post. Part one of a series.

Could The U.S. Navy’s War Plan Orange (For Fighting Japan) Be Used Against China? The National Interest

Sri Lanka has a history of conflict, but the recent attacks appear different The Conversation

It took just one acre to grow faith in organic farming Business Line. n=4000, though only two farmers are interviewed.

Embassy Protection Collective Will Refuse To Turn Over Embassy To US Puppet Government: Arrests Expected Venezuelanalysis

The IMF Is Fueling an Argentine Crisis – Again Project Syndicate

Russia Sees Its Future in China and Eurasia The National Interest

Mueller Time is Finally Over The American Conservative

Mueller’s report looks bad for Obama CNN. “Russian meddling” is useful to the right, too!

How Nest, designed to keep intruders out of people’s homes, effectively allowed hackers to get in WaPo (KW).

Workers of the world, embrace your value chains Council on Foreign Relations

Splits go all the way to the top. Thread, from Abigail Disney:

Let me very clear. I like Bob Iger. I do NOT speak for my family but only for myself. Other than owning shares (not that many) I have no more say in what happens there than anyone else. But by any objective measure a pay ratio over a thousand is insane. https://t.co/O34OjXd6rr
— Abigail Disney (@abigaildisney) April 21, 2019

Which dynasty next? The Waltons?

Traveling is an elitist nightmare The Outline 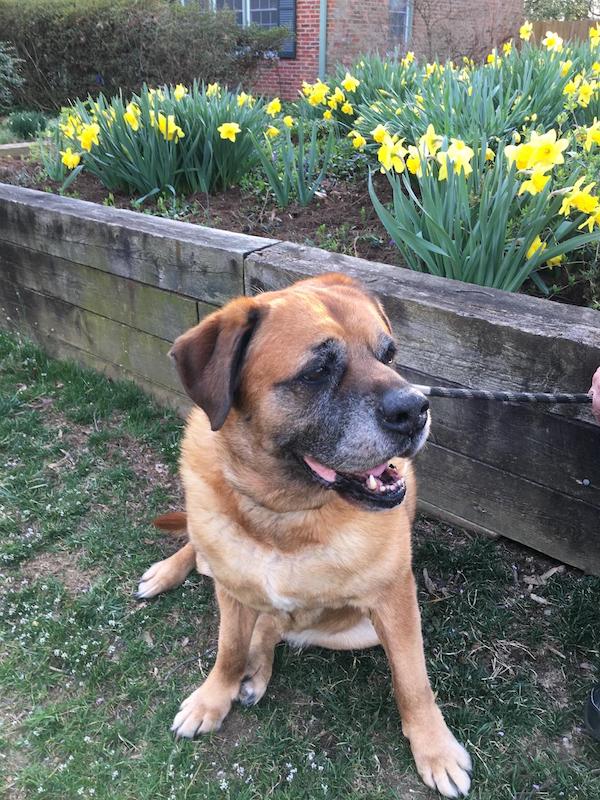 Kokuanani writes: “I have a new rescue dog: a ‘senior’ mastiff named ‘Frances.’ The last of our rescue chows died in December, and it was finally time for me to go back to the shelter. She is the sweetest [and snoozy-est].”

Leveling up my dog and cat game!