What can bees teach economists about how markets work? BBC (David L). Help me.

Canada warming twice as fast as the rest of the world, report says BBC (David L)

Turning Bystanders Into First Responders New Yorker (furzy). I see this differently. It’s too bad we have to have a fact set like this lead to what should already be normal in society: widespread emergency training. I am bothered that I don’t know how to perform a Heimlich maneuver or do CPR. I am also bothered that movies often show what I understand is bad medical practice: moving a severely injured person. If you at all can, you leave in place because if they have any spinal cord damage, moving them could make it worse. But that understanding may be dated….

English judge says man having sex with wife is ‘fundamental human right’ Guardian. Only a man could think this way.

Video has emerged of soldiers on a shooting range in Kabul firing at a target of Jeremy Corbyn. MOD confirms it as legit: pic.twitter.com/qOr84Aiivj

McConnell to Trump: We’re not repealing and replacing ObamaCare The Hill

What Modern Monetary Theory Gets Right and Wrong Wall Street Journal. Furzy: “MMT finally getting some recognition….WSJ still critical, and struggling to understand it!!” Not paywalled. But you don’t have to get far in to read…groan…hyperinflation….

The @WSJ now expressly says #MMT gets the economics right but that it prefers anti-democratic & anti-poor policies that favor elite control & mass social & ecological suffering. Thus the question is no longer "can we afford it." It's *what is to be done.*https://t.co/truRObyJdS

Pilots at the controls of the Boeing Co. 737 MAX that crashed in March in Ethiopia initially followed emergency procedures laid out by the plane maker but still failed to recover control of the jet, according to people briefed on the probe’s preliminary findings.

After turning off a flight-control system that was automatically pushing down the plane’s nose shortly after takeoff March 10, these people said, the crew couldn’t get the aircraft to climb and ended up turning it back on and relying on other steps before the final plunge killed all 157 people on board.

The sequence of events, still subject to further evaluation by investigators, appears to undercut assertions by Boeing and the U.S. Federal Aviation Administration over the past five months that by simply following established procedures to turn off the suspect stall-prevention feature, called MCAS, pilots could overcome a misfire of the system and avoid ending in a crash.

Justice Department Warns Academy About Changing Oscar Rules To Exclude Streaming TechCrunch. This is the sort of anti-trust enforcement we are getting. Help me.

Antidote du jour. MGL: “The great egret on the right landed in a tree full of snowy egrets. This little confrontation occurred and then the great flew off. Oceanside, CA harbor, March, 2019.” 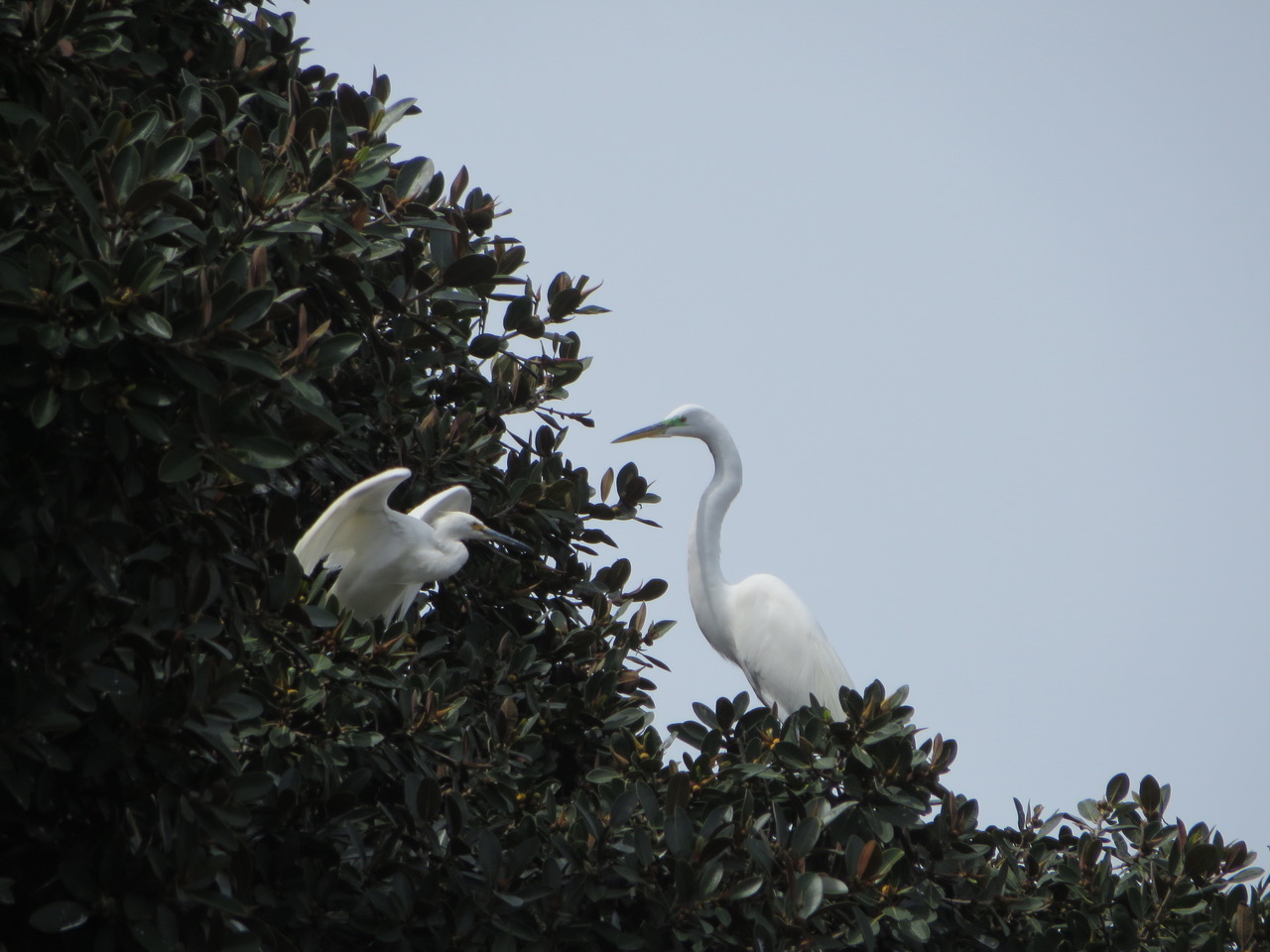 And a bonus (hat tip guurst):

If you had a bad day, here is a water slide for ducklings pic.twitter.com/W6NyrSB0CK