Patient readers, this is a little short because I’m traveling tomorrow, and my suffered a little schedule slippage on my arrangements. –lambert

Biden (D)(2): “Why Trump is happy to start running against Joe Biden now” [Ed Morrissey, New York Magazine]. “Biden represents the status quo ante that Trump campaigned against so effectively in 2016. He is literally the reset option for Democrats and other voters unnerved by Trump’s chaos-agent campaign, a comfort food menu choice in the Democratic primary that would endorse the old order over Trump’s swamp-draining paradigm. Making Biden his central foe plays into that narrative again for Trump, even before Democrats choose Barack Obama’s former vice president as the nominee. If Trump sees Biden as his most effective potential opponent, then the time to attack is now — he could effectively pre-define the general election race regardless of what strategy Democrats try to use to challenge his incumbency — as long as he’s convinced that voters don’t want a return to a safe status quo ante.” • I use the word “restoration” instead of “reset option” because, IIRC, it was the Bourbon Restoration that gave Talleyrand occasion to remark, of the Bourbons, that “they have forgotten nothing and learned nothing.” Sound familiar?

Sanders (D)(2): “In Appeal to Moderates, Sanders Calls for Worker-Ownership of Means of Production” [Eric Levitz, New York Magazine]. “Bernie Sanders appears to understand all this. Which is why the 2020 candidate is preparing to shift the focus of his economic message away from divisive “tax and spend” liberalism and toward more broadly popular approaches to reducing inequality — like, say, worker ownership of the means of production. As the Washington Post’s Jeff Stein reports: “We can move to an economy where workers feel that they’re not just a cog in the machine — one where they have power over their jobs and can make decisions,” Sanders said in an interview. “Democracy isn’t just the opportunity to vote. What democracy really means is having control over your life.” Sanders said his campaign is working on a plan to require large businesses to regularly contribute a portion of their stocks to a fund controlled by employees, which would pay out a regular dividend to the workers. Some models of this fund increase employees’ ownership stake in the company, making the workers a powerful voting shareholder. The idea is in its formative stages and a spokesman did not share further details.

IA: “Trump trade bailout complicates tough decisions for farmers facing water-logged fields” [Des Moines Register]. “Massive rainstorms have flooded Iowa farm fields — some drying just in time to get soaked again — causing historic planting delays and forcing growers to make tough financial decisions this week on millions of acres…. USDA announced a second round of aid last week, designed to offset harm caused by ongoing trade disputes with China, Canada, Mexico and other countries. Ag Secretary Sonny Perdue said trade assistance would only be provided on acres that have been planted. sThat appears to close the door on farmers who have been inundated by rain.” • Whoops.

NY is poised to certify touchscreen ballot marking devices that put voters’ selections into an unverifiable barcode &amp; can’t be reliably audited. The vendor, ES&amp;S, has donated $30K to the GOP.

“Labor Unions Are Split On Single-Payer Healthcare For NY” [Gothamist (WT)]. “‘We have been successful at negotiating good quality health care for many of our members and many don’t pay for health care right now,’ said Fran Turner, director of legislative and political action at the Civil Service Employees Association (CSEA), which represents 300,000 members and retirees throughout the state. ‘This plan would impose a cost they are not used to paying.’ Some CSEA members do currently pay fees for health care such as copays and deductibles, Turner said. Under the New York Health Act, they would not have to worry about those costs but would instead be responsible for covering 20 percent of the payroll tax levied to pay for the program, with their employers covering the other 80 percent. But, as Turner put it in her written testimony, “Twenty percent of what?'” • Employer-based health insurance seemed like a good idea at the time…

“Report: Babies Are More Likely to Die in States That Didn’t Expand Medicaid” [Governing]. “As the country grapples with increasing rates of maternal mortality, a new study from the Georgetown University Center of Health Policy found that one of the biggest things a state can do for the health of new mothers and babies is to expand Medicaid… The United States is the only developed country [sic] where the maternal mortality rate has increased, doubling over the past two decades.”

“How Game of Thrones Should Have Ended” (video) [Think Story, YouTube]. First the problems: The Night King, and chararacter arcs. Then the rewrites.

I’m not going to do any spoilers…

“Mulvaney Tightens Grip on Labor Chief After Trump Allies Grumble” [Bloomberg Law]. “President Donald Trump‘s acting chief of staff, Mick Mulvaney, has seized power over the Labor Department’s rulemaking process out of frustration with the pace of deregulation under Labor Secretary Alexander Acosta… This has led to an acceleration of previously languishing rules on overtime pay, job training, and workplace safety that businesses have sought during the first two years of Trump’s administration. The White House intervention also signals more contentious regulations—such as rules to bolster union oversight or restrict workers from taking medical leave—could now be in the pipeline at a department that appears less likely to embody its secretary’s risk-averse style for the remainder of Trump’s presidency.” • Plus the decision on adjuncts…

“I got terribly sick and made a full recovery. Here’s what I learned.” [Jared Bernstein, WaPo]. “My big life lesson, however, is personal, not technical. The outpouring of deep-felt support I received was an existential reminder that taking the time to listen, talk to and connect with the scores of people we encounter from all walks of our lives is a lot more important than I realized. In fact, it may be among the most important things we do.” • This is a touching article, and the author is to a degree self-reflective; he credits his luck to “white privilege,” of course, not class. Here I’m thinking of the ~24% of poor people who can’t vote because of illness or disability. Their stories are never told. Certainly not in WaPo.

“Is It Time for Safeguards in the Adoption of Robotic Surgery?” [JAMA Network]. The abstract: “On February 28, 2019, the US Food and Drug Administration (FDA) released a safety communication that cautioned patients, surgeons, and health care organizations about the use of robotic-assisted surgical systems for the management of breast cancer and other cancers. This safety communication cited concerns that evidence to support the use of robotic-assisted surgery for the management of these cancers was limited and may even be associated with shorter long-term survival compared with other surgical approaches.” • Ulp.

“Algorithmic Governance and Political Legitimacy” [American Affairs Journal]. “[D]ecisions made by algorithm are often not explainable, even by those who wrote the algorithm, and for that reason cannot win rational assent. This is the more fundamental problem posed by mechanized decision-making, as it touches on the basis of political legitimacy in any liberal regime.” • Hat tip for this excellent article to alert reader Stanley Dundee.

Readers, feel free to contact me at lambert [UNDERSCORE] strether [DOT] corrente [AT] yahoo [DOT] com, with (a) links, and even better (b) sources I should curate regularly, (c) how to send me a check if you are allergic to PayPal, and (d) to find out how to send me images of plants. Vegetables are fine! Fungi are deemed to be honorary plants! If you want your handle to appear as a credit, please place it at the start of your mail in parentheses: (thus). Otherwise, I will anonymize by using your initials. See the previous Water Cooler (with plant) here. Today’s plant (Angie Neer): 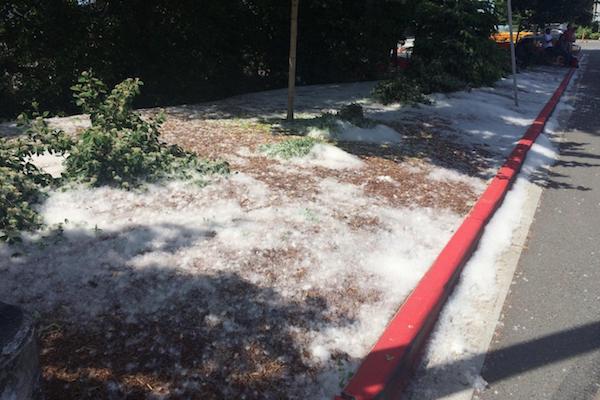