This week, the Trump administration’s Department of Transportation (DOT) withdrew another rail safety recommendation originally proposed during the Obama administration. In the process, the agency made quite clear that it has no plans to further regulate the rail industry, especially the dangerous and continued transportation of oil and ethanol in unsafe tank cars.

The latest proposed rule to be withdrawn would have required two-person crews on trains. Supporters of this rule argue that two-person crews are safer because the job of operating a train is too demanding for one person, new technologies are making the job more complex, and fatigue becomes a more serious issue with only one crew member. Since 2017, the Trump administration has already repealed a regulation requiring modern brakes for oil trains and canceled a plan requiring train operators to be tested for sleep apnea.

In announcing this decision, the DOT’s Federal Railroad Administration (FRA) stated it was “providing notice of its affirmative decision that no regulation of train crew staffing is necessary or appropriate for railroad operations to be conducted safely at this time.”

Buried on page 21 of the 25 page document explaining the decision, the FRA spells out the broader department attitude toward rail safety:

“DOT’s approach to achieving safety improvements begins with a focus on removing unnecessary barriers and issuing voluntary guidance, rather than regulations that could stifle innovation.”

As we’ve documented on DeSmog before, that translates to removing existing safety requirements and allowing the rail industry to volunteer when and how to improve safety. When the head of the FRA is a former rail company CEO, corporate capture of the U.S.regulatory system should come as no surprise. The rail industry’s main opposition to this rule is that it will increase costs while claiming it will not improve safety. This is the same basic argument used to support the industry’s opposition to other safety regulations.

In addition, this FRA memo contained several statements clarifying that not only will the agency back off of regulating rail safety, it also will use the power of “pre-emption” to make sure states can’t fill the resulting regulatory gaps either.

As we have explained before, rail companies are essentially only accountable to federal regulators (should they choose to regulate) due to a legal doctrine known as “pre-emption,” which exempts interstate rail companies from observing local or state laws where they operate.

This is important in this instance because several states have passed laws regarding train crew staffing, and other states are considering such regulation. The FRA notes in detail these state efforts and then says that its decision not to regulate crew size preempts any such rules at the state level:

“FRA intends this notice of withdrawal to cover the same subject matter as the state laws regulating crew size and therefore expects it will have preemptive effect.”

The document goes on to cite Supreme Court case law in an attempt to justify this approach and then reiterates the point in its final line, saying that “no regulation of train crew staffing is appropriate and that FRA intends to negatively preempt any state laws concerning that subject matter.” 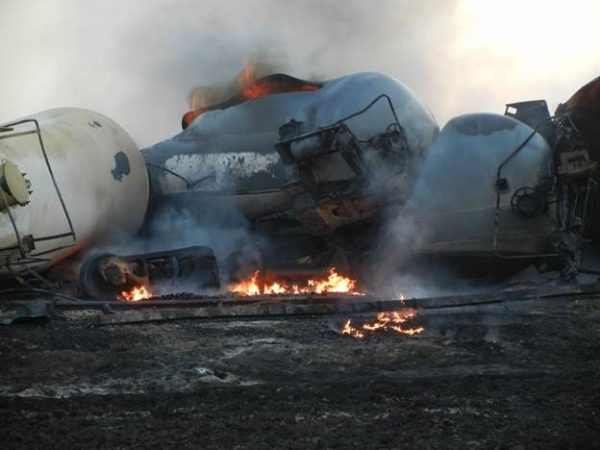 With this document, the FRA likely is setting up a precedent to follow for regulating the volatility and vapor pressure of crude oil transported by rail. DeSmog has covered in detail the issue of oil volatility, which appears to be the key for turning oil trains into “bomb trains,” as rail operators have dubbed them.

The last remaining rail safety proposal on the books from the Obama administration concerns the vapor pressure of oil in rail tank cars, but that was proposed in 2017 and the DOT website lists the status of this proposed rule as “undetermined.”

Meanwhile, the state of Washington has passed a law regulating the vapor pressure of oil for rail transport. This law is being challenged by North Dakota — the source of many of the bomb trains involved in fiery accidents, including the Lac-Mégantic, Canada, disaster that killed 47 people in 2013 and helped inspire the proposed rule requiring two-person crews that the Trump adminstration just withdrew this week.

Based on the FRA’s strategy with the rail staffing rule, expect to see the Trump administration withdraw the proposed regulation on oil vapor pressure and say this move preempts Washington state’s law.

The Lac-Mégantic rail disaster saw the loss of 47 lives but no effective changes to safety regulation. 5 years later, could it happen again?

The latest @CANADALANDCMNS delves into this question and more, featuring Bruce Campbell, author of The Lac-Mégantic Rail Disaster.

A Case Study in the Corporate Capture of American Regulation

The FRA’s decision to withdraw the train crew rule is a great case study of a failed regulatory system in America.

The public is supposed to have a say in the regulatory process via the public comment process. In this case, approximately 1,500 comments supported the regulation — including comments from members of Congress — and 39 opposed it. The opposition highlighted by the DOT was from rail lobbying groups the Association of American Railroads and the American Short Line and Regional Railroad Association. While the public can have its say, it may not have any impact in the current regulatory process.

The FRAdocument also notes that the Railroad Safety Advisory Committee (RSAC reviewed the issue but “was unable to reach consensus on any recommendation.”  RSAC was established by the FRA but is dominated by industry members, including the Association of American Railroads and the American Petroleum Institute, the latter of which is the nation’s largest oil lobby and has repeatedly misrepresented basic facts about crude oil volatility and rail transport.

This advisory committee doesn’t have the membership to make an independent recommendation that goes against its members’ interests. 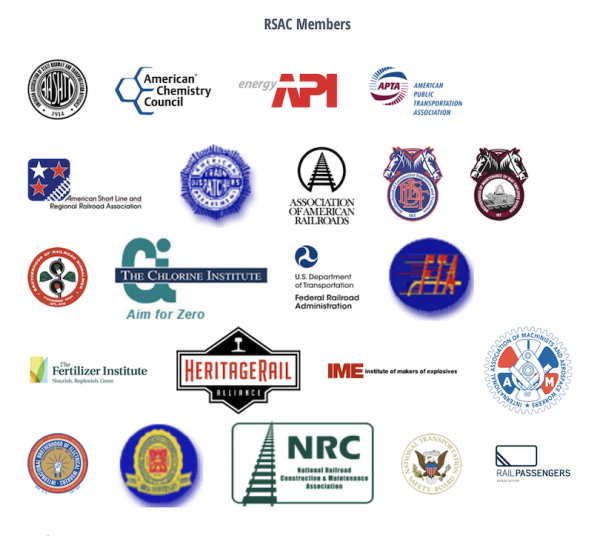 Another key point in the FRA’s withdrawal decision is that it claims there is no evidence that two-person crews are safer than single-person crews on trains. The agency cites industry-funded studies, which make this claim and say the regulation would “greatly reduce U.S.railroads’ ability to control operating costs.” Because the FRAitself does not collect data on the use and safety of single-person crews versus two-person crews, it can’t provide any information one way or the other.

The one clear scenario where two-person crews increase safety is in accident situations, a point made by many commenters and acknowledged by the FRA. In the 2013 BNSF oil train derailment and explosion in Casselton, North Dakota, crew members were able to separate many of the oil tank cars from the rest of the train, likely preventing a much larger oil spill and fire (which were still large). The FRA argues that while this is true, the same role can be played by first responders:

Despite making this assertion, the agency provided no evidence of how these alternatives are possible. In the case of oil train accidents, there are no examples of first responders arriving in time to do anything other than back away from the often-explosive trains and let them burn.

In the case of Casselton, the city fire chief Tim McLean said, “I’m glad the crew made it out of the engine because I don’t know if we would have been able to get in there and get them.” Casselton’s first responders were working to evacuate the city, not deal with the exploding train cars.

Two years ago, I wrote about the Trump administration’s and Congress’s plans to de-regulate the oil-by-rail industry, and featured a quote from Rep. Bill Shuster, who championed finding ways to “allow the railroad industry to keep more of their profits” at a hearing on pipeline and rail regulations.

With rail companies now comfortably positioned to self-regulate under the Trump administration, the industry can continue its long (and, at times, bloody) history of putting profits over safety. The Department of Transportation’s latest move makes this approach official government policy. 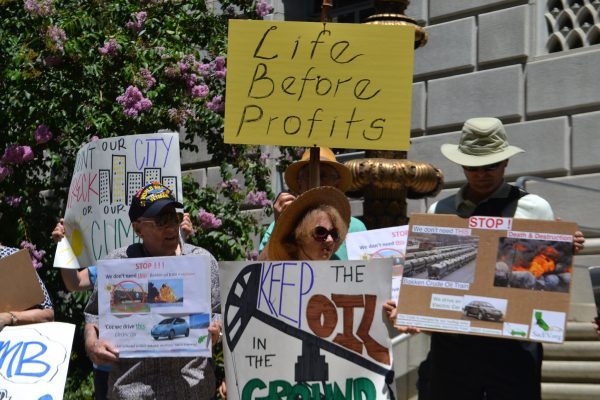