If This Is a Tech Bubble in Stocks, It’s the Expansionary Phase Bloomberg

The smart diaper is coming. Who actually wants it? Vox

Could a popular food ingredient raise the risk for diabetes and obesity? Harvard School of Public Health

Devolution at 20 Institute for Government

Venezuela’s opposition put together a serious plan. For now, it appears to have failed. WaPo. Haw. Bolton got deked by the Venezuelans. That’s serious, but not in the way WaPo thinks.

Venezuela – Forensics Of A Clownish Coup Moon of Alabama’

Chinese Fund Backed by Hunter Biden Invested in Technology Used to Surveil Muslims The Intercept. The headline implies that Hunter Biden is using his own money, but in fact Biden’s fund has “pooled money” from “state-owned venture capital” including the Bank of China. It’s not clear what Biden brings to the table, value add-wise [snicker].

Abe no longer sets preconditions for talks with N. Korean leader The Mainichi

Did the CIA Orchestrate an Attack on the North Korean Embassy in Spain? The Nation

F.B.I. Sent Investigator Posing as Assistant to Meet With Trump Aide in 2016 New York Times and Just Like That, Trump Loves The New York Times Again Vanity Fair. Not to be foily, but nobody seems to be asking whether the intelligence community uses informants when interacting with political campaigns routinely. And whether they’re doing it now. And if so with whom.

Inside Sanders’ Soviet ‘honeymoon’ Greenwich Time (Re Silc; off the wire from WaPo). Plenty of fodder for Maddow et al., when the time comes.

Joe Biden and the Party of Davos NYT (DL). “As a pillar of the ancien régime, Biden is ill-placed to overturn Trump’s revolution.”

LA Times Survey Of Adults With Employer-Sponsored Health Insurance Kaiser Family Foundation. “Between 2008 and 2018, premiums for employer-sponsored insurance plans increased 55 percent, twice as fast as workers’ earnings (26 percent). In addition, workers are finding themselves on the hook for bigger deductibles before their insurance will kick in. Over the same time period (2008-2018), the average health insurance deductible for covered workers increased by 212 percent.” Thanks, Obama!

Insurers’ message on ‘Medicare for All’: We’re part of the answer Healthcare Dive

Medi-Cal recipient, 101, evicted from Santa Rosa assisted living facility for being unable to pay Argus Courier. We are ruled by the Harkonnens.

Dubai Slams Boeing Over Its Handling of 737 Max Grounding Bloomberg

‘It’s because we were union members’: Boeing fires workers who organized Guardian

Flight from Guantanamo Bay with 136+ on board crashes in Florida river; everyone safe USA Today. A ***cough*** civilian charter ***cough***.

None of Your Business The Nation

With a Simple Twist, a ‘Magic’ Material Is Now the Big Thing in Physics Quanta. A new type of superconductivity. 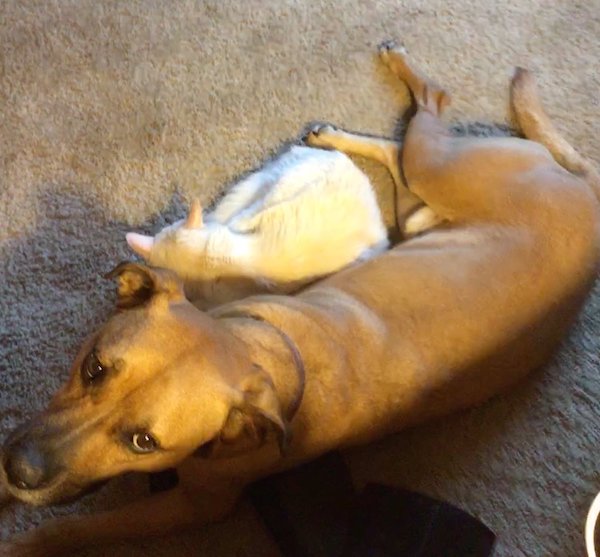