Found this, thought it was pretty good for people who don’t realise what’s going on r/collapse (NP). Important.

Global Markets In Tailspin After Trump Reignites Trade War OilPrice. But: Dow makes stunning comeback, recovering nearly all of 471-point plunge on hope trade deal not dead CNBC. Wonder who they found to paint the tape? But: Stocks Fall After U.S. Says It Will Raise Tariffs: Markets Wrap Bloomberg

With Trump threatening to tighten the trade screws, here’s a look at what tariffs have done so far MarketWatch

How Chinese Spies Got the N.S.A.’s Hacking Tools, and Used Them for Attacks Image New York Times (David L)

Hands off the Arctic: US Secretary of State Mike Pompeo warns China & Russia away from the north RT (Kevin W)

The U.S. Is Pressing Iran To Breach The Nuclear Deal Moon of Alabama (Kevin W)

Turkey says it will not bow to U.S. sanctions over S-400 deal Reuters (resilc)

How the Pentagon took ownership of Trump Asia Times (resilc)

Chronicle of a Failure Foretold: Trump Turns the Screws on Cuba War on the Rocks (resilc)

2021 Could Be a Nightmare For Liberals, Even If Trump Loses New York Magazine (resilc)

We must demand of candidates: how real is your commitment to fixing democracy? Lawrence Lessig, Guardian. Resilc: “Never a story on “fixing” the endless wars and a trillion $ a year on the military empire.”

Hedge fund firms accused of cheating public sue Kentucky pension agency over fraud suit Lexington Herald-Ledger (j3). This is sure to be thrown out, since the Kentucky Retirement System isn’t party to the suit and even declined a request to join the plaintiffs (although the filing gave air kisses to it). As one attorney noted: “Dragging a non-party into
court is a real stretch, but this move is clearly aimed at chilling other funds from supporting similar litigation in different states.”

Short positions on Lyft cast shadow over Uber IPO Financial Times (David L). Musk has been shameless in making shit up to squeeze Tesla shorts. With so much at stake in the Uber IPO, one can expect move adept measures to achieve similar results.

Why the ‘one percent’ in the US is worried Al Jazeera

Antidote du jour. Bob: “According to the former couch owners, it just wanders over from next door to sit in the sun.” 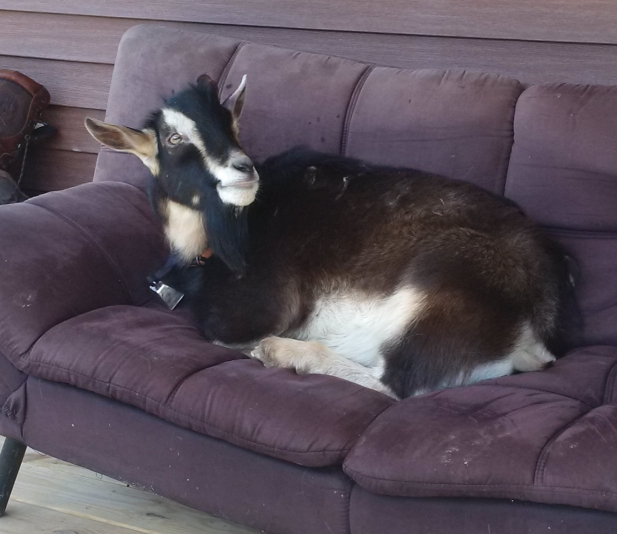