As Fresh Water Grows Scarcer, It Could Become a Good Investment NYT

Iowa Crops Look Like Food — But No One’s Eating Heated

«We want to change the course of history,» says Northern Sea Route operator The Barents Observer

Will Boris Johnson’s bluster over a no-deal Brexit collide with reality? FT. By Betteridge’s Law, no.

Amazon in NHS deal to give patients medical tips The Times

US calls off speech by former Hong Kong envoy amid fear of derailing trade talks South China Morning Post. Probably a good thing for the protesters, in terms of optics.

Iran Keeps Calm While U.S. And Britain Continue Their Provocations Moon of Alabama

U.S. House of Representatives Creates Requirement That There Be Some Basis for Any Foreign Bases World Beyond War

The Revelations of WikiLeaks: No. 4—The Haunting Case of a Belgian Child Killer and How WikiLeaks Helped Crack It Consortium News (UserFriendly). The Marc Dutroux case presents some interesting parallels to Epstein’s.

Deutcshe Bank only cut ties with Jeffrey Epstein a few MONTHS AGO after an extensive relationship, lending him money and providing trading services, despite being warned he was a ‘reputational risk’ because he was such a lucrative client Daily Mail

“A Lot of Friends in Every Industry”: How Did Jeffrey Epstein Charm Hollywood? Vanity Fair (Re Silc).

Charities say they never got the donations Jeffrey Epstein claims he made NBC (Furzy Mouse).

Ocasio-Cortez: Democrats have become ‘party of hemming and hawing’ The Hill. Where’s the lie?

She could have gone to prison. Here’s the path she took instead. Bangor Daily News

What is it and why do we need one? Asia Floor Wage. Any Open Borders advocate should also support this. Otherwise, they’re supporting labor arbitrage.

Many College Students Are Too Poor to Eat The Atlantic

Debt Relief and Slow Recovery: A Decade after Lehman NBER. “Regional variation in the extent and speed of recovery is strongly related to frictions affecting the pass-through of lower interest rates and debt relief to households including mortgage contract rigidity, refinancing constraints, and the organizational capacity of intermediaries to conduct loan renegotiations.”

Finding the Future in Radical Rural America Matt Stoller, Boston Review. “The problem is not capitalism; it is our markets. Markets that Obama screwed up.” 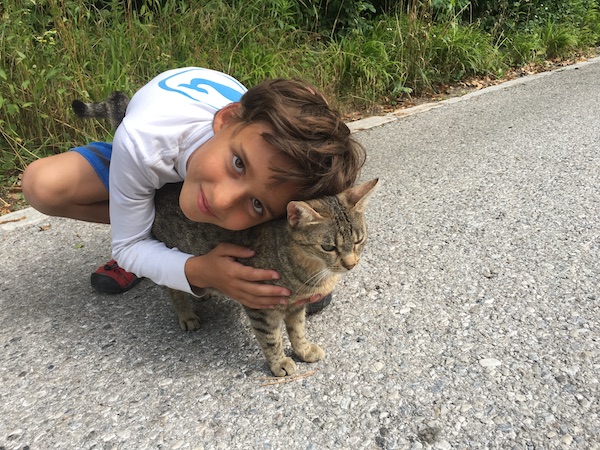 EM writes: “My nephew Leo’s beloved cat Rufus died a couple months ago of old age, Leo really misses him and is clearly on the lookout for another kitteh to shower with love. This was from a recent hike with his brother and their Mom (my sister) on a European visit – first pic is “Mom, can we take him home?”, second is a close-up of the handsome (but clearly locally owned and operated) furry fellow. 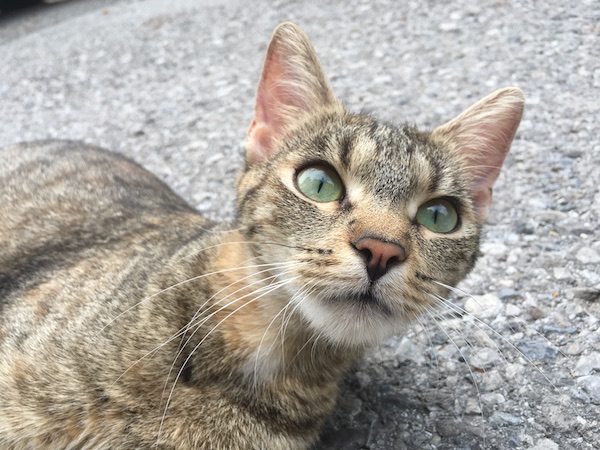 T-REX RACE: People wearing T-rex costumes raced at the Emerald Downs racetrack in Auburn, Washington on Saturday. The competitors lined up in the race stalls and ran down the track! https://t.co/1Dkrm8eFau pic.twitter.com/1aYV7wl9Wc

Tell me it’s not a great country!