Songbirds are being snatched from Miami’s forests National Geographic

It’s So Hot That Pigs Are Getting Skinnier, Boosting U.S. Prices Bloomberg

Don’t let vegetarian environmentalists shame you for eating meat. Science is on your side. USA Today

Strange Forest ‘Superorganism’ Is Keeping This Vampire Tree Alive Live Science (original). Fascinating story, but if the only way our culture can frame a “communal physiology” is vampirism MR SUBLIMINAL Thank you, rentiers! we’re in worse trouble than I thought.

Why Tesla’s best hope may lie in robotaxis FT. “Mr Musk has promised Tesla’s cars will have full autonomous capabilities by the end of this year, and that the company will be in a position to launch a driverless taxi service in the second half of 2020.” Tick, tick, tick…

In Puerto Rico, taking it to the streets takes down a leader. Why can’t that happen here? Will Bunch, Inquirer. “[T]he conversation is heating up in the places where they happen in 2019 — on social media and among a resilient network of resisters.” Oy.

Confronting monetary imperialism in Francophone Africa Africa is a Country

Patriotic Chinese Triads and Secret Societies: From the Imperial Dynasties, to Nationalism, and Communism Journal of Asian Affairs

Tibet: What Is Happening There Now? Supchina

The Myth Of Robert Mueller, Exploded Matt Taibbi, Rolling Stone. “This is just the latest disaster. They hyped Robert Mueller for two years as an all-conquering hero, only to have him show up under oath like a man wandering in traffic. Incredible. The losses continue.”

Mueller didn’t fail. The country did. Jennifer Rubin, WaPo. I remember liberal Democrats lamenting that Obama was just too good for us; I didn’t expect to see the equivalent from a Jennifer Rubin.

Scope of Russian Election Hacking Remains Unclear Foreign Policy. The deck: “Volume one of a long-awaited Senate report on Kremlin targeting of election systems finds all 50 states may have been targeted.” Holy moley. After three years of hysteria and the collective output of the best minds in the national security community [snort], “may have” is the best we can do? Froomkin: “If they make public persuasive evidence that ‘Russian cyberactors were in a position to delete or change voter data’ then it’s a big deal. If it’s just more phishing on office networks, it isn’t.”

No shower for 23 days: U.S. citizen says conditions were so bad that he almost self-deported Dallas News

Trump Stands Next to Photoshopped Presidential Seal That Reads ’45 is a Puppet’ in Spanish Gizmodo and Meet the man who created the fake presidential seal — a former Republican fed up with Trump WaPo I like the eagle holding golf clubs in its claws. OTOH, is this really the best the Never Trumpers can do?

Everyone Claims They’re Worried About Global Finance. But Only One Side Has a Plan. NYT

The Firm Exemption and the Hierarchy of Finance in the Gig Economy (PDF) C Paul and Nathan Tankus, SSRN

New York Doubles Down on Tracking Empty Storefront Problem Bloomberg. Last time I was there, empty stores on every block, everywhere on the East Side. 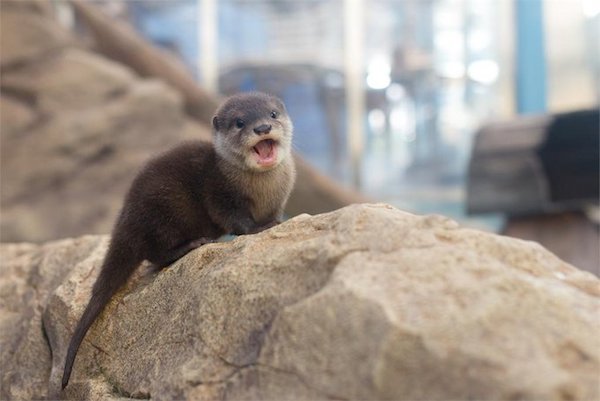