Greenland Is Melting Away Before Our Eyes Rolling Stone

The Bizarre, Peaty Science of Arctic Wildfires Wired (Re Silc).

U.S. preparing to withdraw thousands of troops from Afghanistan in initial deal with Taliban WaPo

Emmanuel Macron’s Place in French History? Are You a Yellow Vest? This seems to be the only English-language site focusing exclusively on the gilets jaunes; I’d be interested to know what local readers think of it. (The contrast between coverage of the Hong Kong protesters and coverage of the yellow vests and is remarkable, considering that the latter are at “Acte 37.”)

Inside the Yellow Vests: What the Western media will not report (Part 3) The Saker

On the question of whether the Hong Kong protests are a US-sponsored “color revolution,” alert NC reader MsExPat threw this over the transom:

The line about foreign interference is Beijing boilerplate. Everyone here knows it’s bullshit. Laughable. Beijing is parroting it over and over again for two reasons:

1) It diminishes the agency of and infantilizes Hong Kong people. They are misguided and deluded poor children that couldn’t possibly challenge China unless they had outside help.

2) It’s aimed at the domestic China audience, to pump up China nationalism, which is what the CPC does to keep itself in power. You know, economy slumps, let’s start Japanese bashing.

Is there any chance that there could be some truth in it? It’s a ridiculous thought, but let’s assume it isn’t for the sake of argument. Well, I do live here. We (I mean the US) really are not that good as Lambert has pointed out. On the ground what that means is that we don’t have the kind of deep bench that would give us any ability to maneuver inside the protest movement. The US (and certainly not the CIA) doesn’t have enough young, colloquial Cantonese speakers for one thing. Canada would have a much easier time “directing” the pro dem movement just because their links to Hong Kong are much more recent and stronger! So let’s blame the Canadians haha.

Let’s look at some other evidence: Just before he left for a new post in June, the US Counsel in Hong Kong, Kurt Tong, planned to give a farewell speech highly critical of the current HK government. He was throttled by Trump and ended up having to place his speech somewhere as an op ed instead. That hardly speaks to US involvement in the protests!

The only US connections that the protest movement has consistently been able to count on are a handful of principled anti-Communists in the House and Senate, led by Marco Rubio, who has been a champion for Hong Kong for years now. I respect him for that. He may be a turd in other ways, but he clearly has one or two unwavering principles that don’t relate to donor money or votes. I’m sure supporting Hong Kong is not going to get him any votes in Florida.

The only place that “foreign influence” might be helping Hong Kong protesters is through financial support. But it would not be much $ and it would be funneled through Hong Kong anti-Beijing businessmen like Jimmy Lai, who donates to the pan-Dems generously anyway.

The biggest source of foreign money involved in the protests, though, is coming from Beijing. It’s Beijing who pays for the triads, pays for the cooperation of Hong Kong’s business tycoons, pays for the propaganda and dirty tricks of the DAB (the proxy Beijing party in Hong Kong), pays for the propaganda on TVB (the top broadcast station) pays to control the print media (although Jack Ma bought the SCMP, he’s just their puppet). Any tiny trickle of money that might be going to protesters from small US or UK donations is a piss in the ocean compared to the floods of cash that Beijing pumps in to get its way in Hong Kong. And yet still the Hong Kong people are fighting, and successfully. Doesn’t that tell you something?

I&#39;m seeing a lot of English-language retrospectives of the #RickyRenuncia uprising that leave out two incidents that, in my estimation, were key. First: the fire in front of Fortaleza the night of the 15th.https://t.co/PrFTOiyDCi

Has a Color Revolution Come to Russia? Probably Not. The National Interest

The rise and fall of superhero Robert Mueller Matt Taibbi, UntitledGate. “The whole narrative is the brainchild of Clinton hacks, a handful of overzealous intelligence nuts, and a subset of the Democratic Party’s weakest elected minds, in particular murine ex-prosecutor Schiff, a man who should be selling Buicks back in his hometown Burbank.” You hate to see it.

Justice Department Declines to Prosecute Comey Over Leaked Memo Bloomberg. Of course they did.

Border Patrol Detained a 9-Year-Old American Girl on Her Way to School for 32 Hours GQ. She had her passport with her.

‘Should Send Shockwaves Across the Nation’: Grave Warnings as McConnell Accelerates Right-Wing Takeover of US Courts Common Dreams (DK).

Demography and the Populists’ Destiny The American Conservative

AI lie detector developed for airport security FT. “One challenge is false positives: a machine might register as suspicious a microexpression if someone is in pain or confused.” Highly unlikely in airports.

Jeffrey Epstein Shows No Sign Of Injuries, Could Spend A Year In Jail Before Trial Forbes

Real Hedge-Fund Managers Have Some Thoughts on What Epstein Was Actually Doing New York Magazine. From two weeks ago, still germane. Not sure the hedgies are right, though! 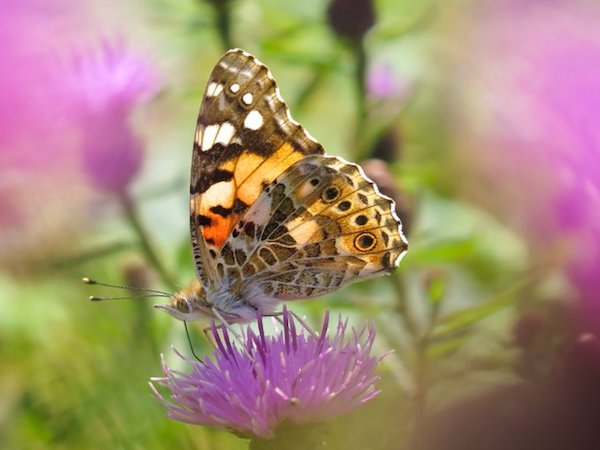