Forget “hygge.” The most useful Danish word is “pyt” Quartzy

A no-deal Brexit even after a no-confidence vote: how could it happen? Guardian

Poll: Majority of Scots now in favour of independence The Scotsman

From 2006 to 2019: after failures in Syria, Iraq, Palestine and Yemen, war is no longer an option for Israel Elijah J. Magnier

Pentagon Study Shows Violence Has Skyrocketed in Africa The Intercept. “The Moving Finger writes; and, having writ, Moves on….

Moon calls for ‘peace economy’ with N. Korea, slams Japan AP. When you think about it, a unified Korean peninsula would have at least one thing going for it that Japan does not currently have….

The guerrilla must move amongst the people as a fish swims in the sea:

While buying a helmet at decathlon, an employee was kind enough to test it with a baseball bat à la Hong Kong police.

Second store employee today who was really nice to me (I was carrying around the tale-tell yellow hard hat) as I picked up supplies. 🥰

Language development – in this case sign language – happens in real time, as the need arises. To ensure needed supplies reach them quickly, Hong Kong’s protesters have developed a unique system of hand signals, to send messages through the crowd about what equipment is required. pic.twitter.com/1G5YTGhya0

(IMNSHO, a continuous flow of creative tactics is a good sign of the health of any movement, although that’s not a predictor of ultimate success.)

Civil disobedience at its finest.🤣🤣🤣🤣

General strike in Hong Kong today, drivers in Tai Po are helping out by practicing their turning skills.#hongkongprotests #strike pic.twitter.com/Vb7kbEVJVP

Hong Kong: what next for China’s halfway house? FT

Lessons From Moscow: How China Might Handle Hong Kong The Atlantic. Much less definitive than the headline suggests.

Should Asia have a regional currency? Asian Correspondent

From The Department of They’re Not Wrong, Are They?

‘No Way To Prevent This,’ Says Only Nation Where This Regularly Happens The Onion

James Comey: Mr. President, Please Take a Stand Against Racism James Comey, NYT. I have the distinct impression that the liberal Democrat hive mind began buzzing about “white supremacy” just when the RussiaGate storyline began to fade, at least on the Twitter. And here we see Comey skipping nimbly from the one to the other, rather like Eliza across the ice. Well played, all.

8chan Is a Normal Part of Mass Shootings Now Slate

How many guns there are in the U.S. Axios

‘People are dying’: how the climate crisis has sparked an exodus to the US Guardian

The Dream of Open Borders Is Real—in the High Arctic The Nation (Re Silc).

How Watermelon’s Reputation Got Tangled In Racism HuffPo. “But once [formerly enslaved Africans] were free citizens, watermelons provided a way to reclaim their lives and make money. They grew and harvested them, becoming vendors and selling them on street corners.” Always follow the money.

The age of wealth accumulation is over FT

Artificial intelligence predicts which movies will succeed—and fail—simply from plot summaries Science. I suppose it’s only a short time before this technology is weaponized for political narratives.

Antidote du jour (via). Leveling up my dog game: 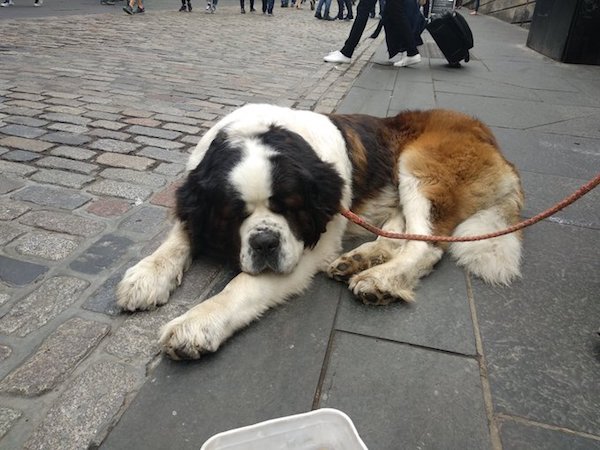