This is Naked Capitalism fundraising week. 61 donors have already invested in our efforts to combat corruption and predatory conduct, particularly in the financial realm. Please join us and participate via our donation page, which shows how to give via check, credit card, debit card, or PayPal. Read about why we’re doing this fundraiser, what we’ve accomplished in the last year and our current goal, funding our digital infrastructure.

Before 737 MAX, Boeing’s Flight-Control System Included Key Safeguards WSJ. The lead: “Boeing Co. engineers working on a flight-control system for the 737 MAX omitted key safeguards that had been included in an earlier version of the same system used on a military tanker jet, people familiar with the matter said.” Hoo boy.

Facebook says Libra is out of its control. But Libra’s overseers are a web of Silicon Valley insiders CNN

Saltwater bubbling up from Biscayne Bay onto Miami’s streets. Not a drop of rain for the past several days. #SaltLife #KingTide #sealevelrise via @TropicMotion pic.twitter.com/xt4vbWe4Hs

Another wild abuse of the term AI, this is image analysis, and training networks to do it takes years and subsequent cycles of verification and further training, which it appears is being incorporated into the marketing of coverage products. To the extent that insurance as a for-profit business is a gamble, here the risk for new assessment methods and thechnologies is being pushed to the customers.

Directly targeting the vulnerable with higher rates, how can this be called insurance (a risk pool), it’s extortion facilitated and protected by regulation. The insur]ance industry and been such a scourge for decades, only now that the economy tightens beyond tollerance is the fiction being examined.

Lula Interview: PT’s mistakes and US role in the Coup BrasilWire

What is really behind the crisis in Haiti? Al Jazeera

No trade deal, no Kashmir win, no investment but BJP celebrating Modi return from US The Print

The lawyers, doctors and artists behind the Hong Kong protests FT. Yes, but did the FT ask to see their National Endowment for the Humanities membership cards?

Use the Force on China? There’s Just One Problem John Authers, Bloomberg

The cost of carbon in Russia, braced to implement the Paris Accord BNE Intellinews

Russia’s bid to ditch the US dollar is slowly working, but obstacles remain CNBC

Acting DNI Shows Why Generals and Admirals Should Not Become Top Civilians Defense One (Re Silc).

One Easy-to-Draw Line on Impeachment: Inauguration Day Cass Sunstein, Bloomberg. With a single exception — wait for it — RussiaRussiaRussia.

California to play an outsize role in impeachment inquiry of Trump Los Angeles Times. Good thing they moved the primary up.

The Left Needs to Seize Impeachment From Centrist Elites The Nation. “Trump is a great gift and opportunity for the left precisely because he illustrates the decadence and corruption of the imperial presidency much more clearly than earlier and more sober presidents.” Yes, Trump says the quiet part out loud.

The gas tycoon and the vice president’s son: The story of Hunter Biden’s foray into Ukraine WaPo

The U.S. tried to fix Ukraine’s government. We exported our corruption, instead. Paul Musgrave, WaPo

The Strange Career of ‘National Security’ The Atlantic

First as Tragedy, Then as Fascism The Baffler

A closer look at infant mortality in two of the most impoverished U.S. regions WaPo. Everything’s going according to plan.

The Rules of the Diversity and Inclusion Racket The Riveter. There are 50.

Book Review: The Code of Capital: How the Law Creates Wealth and Inequality by Katharina Pistor LSE Review of Books

Never sit next to a crying baby on a flight again! Airline will tell you where young children will be sitting when you book your seats so you can enjoy a peaceful journey Daily Mail 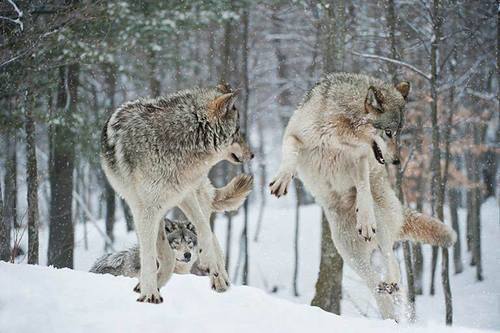