Spiders Can Fly Hundreds of Miles Using Electricity The Atlantic. From 2018, but so amazing I have to run it.

In a New Study on Bird Loss, Some Scientists Say Subtlety Is Lost, Too Undark

It’s Kids vs. the World in a Landmark Climate Complaint Gizmodo

Tory conference: Five things to look out for in Manchester BBC

Johnson’s obscene behaviour this week confirms the arrival of Trumpian Britain Prospect. “The old Conservative Party, for all its faults, has withered and died.” I’m not from the UK, but this reminds me of (the delusional and pathetic) liberal Democrat nostalgia for Reagan. Surely Johnson is Thatcher with her civilizational veneer, such as it was, stripped away?

‘Why is the climate changing like this?’ People’s Archive of Rural India

Occupy Central was catalyst for the collapse of rule of law in Hong Kong, Chinese state media says South China Morning Post. Remarkably, or not, SCMP treats the fact of a Xinhua press release as a story in itself.

When Donald met Scott: a reporter’s view of Trump and his White House wonderland Guardian

Trump Team Bets Impeachment Will Backfire on Democrats WSJ. From earlier in the week, still germane. Despite the rapid development of UkraineGate (unlike the more slowly moving RussiaGate), “both sides” have had the opportunity to plan their moves since at least August 12, when the “whistleblower” complaint was filed. So, in a sense, we are still in opening phase of the chess game, where each player is deploying known, pre-planned gambits.

The Integrity of the Trump Impeachment Inquiry The New Yorker. “The complaint, filed on August 12th, by a person whom the Times has described as an intelligence officer….” The political ménage à trois — dare I say*, “open marriage”? — between (factions of) the press, the Democrats, and the intelligence commumnity, evident to the discerning since at least late 2016, is now normalized. NOTE * Usually, I deprecate sexual metaphors for political relationships, because I don’t think the power structures are isomorphic. But here I refer to the polymorphous mingling of Constitutional functions once held at arms length by the separation of powers, as designed by the Framers.

What The First Few Post-Ukraine Polls Say About Impeachment FiveThirtyEight

Snowden in the Labyrinth NYRB

The Fetishization of Employer-Provided Health Care The New Republic

Is Impeachment the End of the Road for Most of the 2020 Field? New York Magazine

Let’s do the time warp again:

The pundit, Emily Tisch Sussman, is a billionaire heiress, Democratic strategist, and was formerly employed by CAP as Vice President of Campaigns. Cory Booker officiated at her wedding ceremony.

The Return of the Condottieri? How Military Drones are Changing the World Cassandra’s Legacy

Minimum Wages and the Distribution of Family Incomes Arindrajit Dube, American Economic Journal: Applied Economics. From the abstract: “There is robust evidence that higher minimum wages increase family incomes at the bottom of the distribution.” Who knew?

‘The co-working adventure has had its ups and downs’ FT. Very funny, but under the rubric of “Meet the work tribes,” plural, as opposed to “the precariat,” singular. Which the content makes quite clear.

5G wireless technology comes with big promises, but city of Portland has big concerns KATU (Furzy Mouse). From March, still germane. “‘The federal government has made something of a land grab against local infrastructure, like telephone poles, where these wireless nodes will be connected,’ said Mayor Ted Wheeler.” 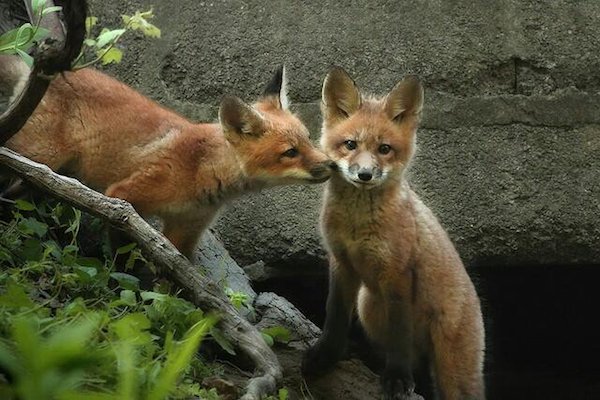