This is Naked Capitalism fundraising week. 370 donors have already invested in our efforts to combat corruption and predatory conduct, particularly in the financial realm. Please join us and participate via our donation page, which shows how to give via check, credit card, debit card, or PayPal. Read about why we’re doing this fundraiser, what we’ve accomplished in the last year and our current goal, funding meetups and travel.

Great apes use self-experience to anticipate an agent’s action in a false-belief test PNAS. Lambert: “They have a ‘theory of mind'”.

A single tea bag can leak billions of pieces of microplastic into your brew CNN (resilc). A more “Eeew, gross” version of a story we ran earlier.

As huge diverse crowds join this march, want to emphasize for those who STILL don’t get it: This is NOT a bunch of people upset because they can’t get on the housing ladder. This is a broad cross-section of HK’s mainstream. I daresay many of them own at least one apartment. pic.twitter.com/gJfy5X0YrN

A former Chinese mayor was hiding 13 tonnes of gold bullion at his home – video MBS News. Kevin W: “‘Might as well be hanged for a sheep as a lamb'”.

Whoa, this is blunt. Even more amusing, Johnson denied having made this proposal (checkpoints near but not at the border) on BBC 4 Radio:

Non-Paper = Non-Starter. Time the EU had a serious proposal from the UK Govt if a #Brexit deal is to be achievable in October. NI and IRE deserves better!

American History for Truthdiggers: A Once, Always and Future Empire TruthDig. John Z: “This is Maj. Danny Sjursen’s (Ret.) last installment of his 38 part series on American History at Truthdig. It contains links to all the other parts.His analysis is particularly perceptive and he has a deep understanding of the overarching forces at work in American history.”

Trump impeachment: Lawyer Rudy Giuliani subpoenaed for documents BBC. Oh, now we get to the real fun. Giuliani was wearing a lot of hats for Trump. He can claim attorney-client privilege, and courts are very deferential to that, but attorney-client privilege extends only to legal as opposed to say, business or political advice. Next fallback is executive privilege. This will be instructive, needless to say…

The Ukraine Scandal Might Be a Bad Gambit for Democrats Aaron Mate, Nation

Twisted Pair 1 – US Ilargi. Note the info about the impeachment process change (no floor vote) has been repeated, and therefore I assume confirmed, by non-right wing sites.

Who Ordered This Clinton Comeback Tour? New York Magazine. Resilc: “If I see much more of her I’ll vote for Trump.”

Americans spent decades discussing rule of law. Why would anyone believe us now? Washington Post

A Tale of Two Hospitals; One Survived, the Other Didn’t Daily Yonder (boots)

Rural hospitals, already cut by Medicare, are about to get their Medicaid payments reduced, too; here’s a partial Kentucky list Kentucky Health News (boots)

The At-Home Rape Kit Start-up Is a Useless Mess The Cut. UserFriendly: “Dear God who ever green lit this?”

Wondering about that growing herd of start-up unicorns? and why IPOs flop? Turns out banks like Goldman Sachs, JP Morgan Chase make the valuations. Have incentive to hype the start-up value in hopes of getting to do IPO, make $$$$ in fees. https://t.co/Vf75zTEGQG Read to end.

Stores are closing at record levels. The number of people working in retail is on the decline. And if the US slips into a recession, as many economists fear it will sometime next year, the problems plaguing retail could get far worse. https://t.co/C2EKFOX93N

Fannie, Freddie to Retain Earnings Wall Street Journal. The hedgies get their payoff. 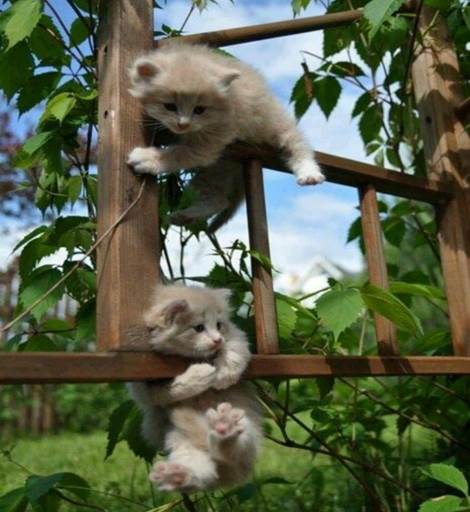 An octopus changing colors while sleeping has prompted marine biologists to question if it can dream pic.twitter.com/wH5bJx4TTT